Ajax is the main provider to the Eredivisie Team of the Month, with five players. Go Ahead Eagles has overtaken sc Heerenveen in the Eredivisie Fair Play Ranking.

As the Amsterdam club did not receive a single goal against, all four defenders in coach Erik ten Hag's starting eleven have been included in the Team of the Month: Blind, Martínez, Timber and Mazraoui. Both backs were also in the August team of the month, as were Dušan Tadić (Ajax), Willem II goalkeeper Timon Wellenreuther and Fortuna Sittard forward Mats Seuntjens. The team is completed by Feyenoord players Guus Til and Jens Toornstra, Cody Gakpo (PSV) and Tom Boere (SC Cambuur). 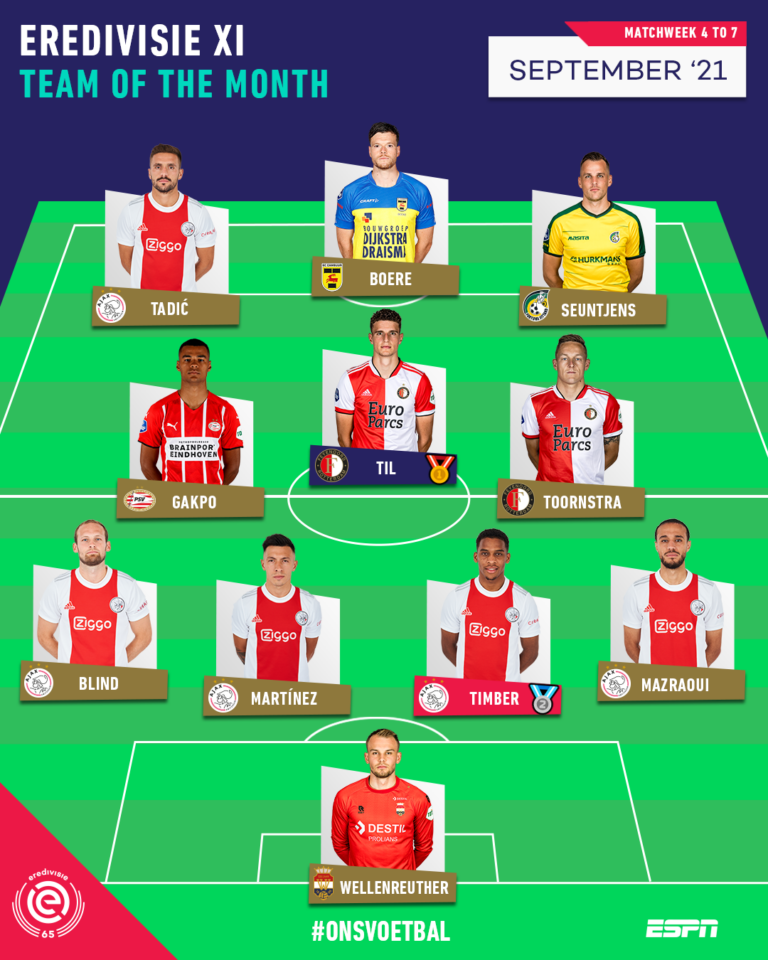 Go Ahead Eagles has overtaken sc Heerenveen in the Eredivisie Fair Play Ranking. This ranking is collated on the basis of match data, where defensive actions (slidings, tackles, obstructions, etc.) are related to the number of fouls recorded. The Eagles are currently on top, followed by Ajax and sc Heerenveen.