Gastn Pereiro is Eredivisie's Player of the Month

PSV midfielder Gastón Pereiro has been named the Eredivisie's Player of the Month for October. The Uruguayan player beat Alireza Jahanbakhsh (AZ) and his teammates Hirving Lozano and Jurgen Locadia to the award.

The 22-year-old Pereiro scored twice in three league matches last month, hitting braces against VVV-Venlo. Pereiro also had the most successful crosses in the Eredivisie (11, exclusive corners), created 11 chances and succeeded 10 dribbels. PSV is the current number one in the Eredivisie, partly due to Pereiro's contribution. You can see all player statics of Gastón Pereiro here.

TALENT OF THE MONTH OCTOBER 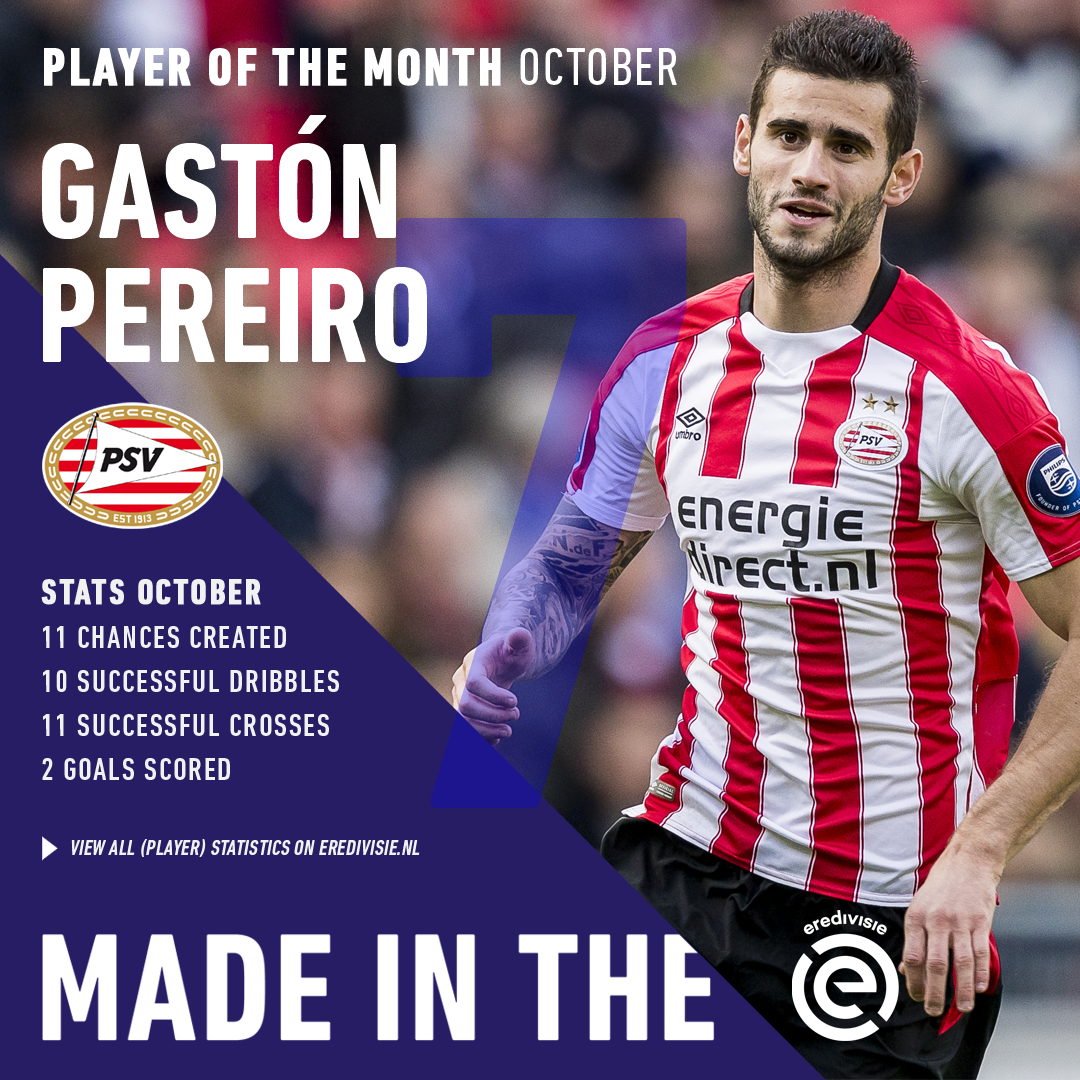