David Neres is Eredivisie's Rookie of the Month

Ajax right winger David Neres has been named the Eredivisie's Rookie of the Month for October. The Brazilian player beat Thomas Ouwejan (AZ) and his teammate Maximilian Wöber (Ajax) to the award.

The 20-year-old Neres scored twice in three league matches last month, hitting braces against Sparta Rotterdam and Willem II. His most notable performance was in the Dutch Classic against Feyenoord; the former Sao Paulo-attacker led his team to the victory with 3 assists. You can see all player statics of David Neres here. 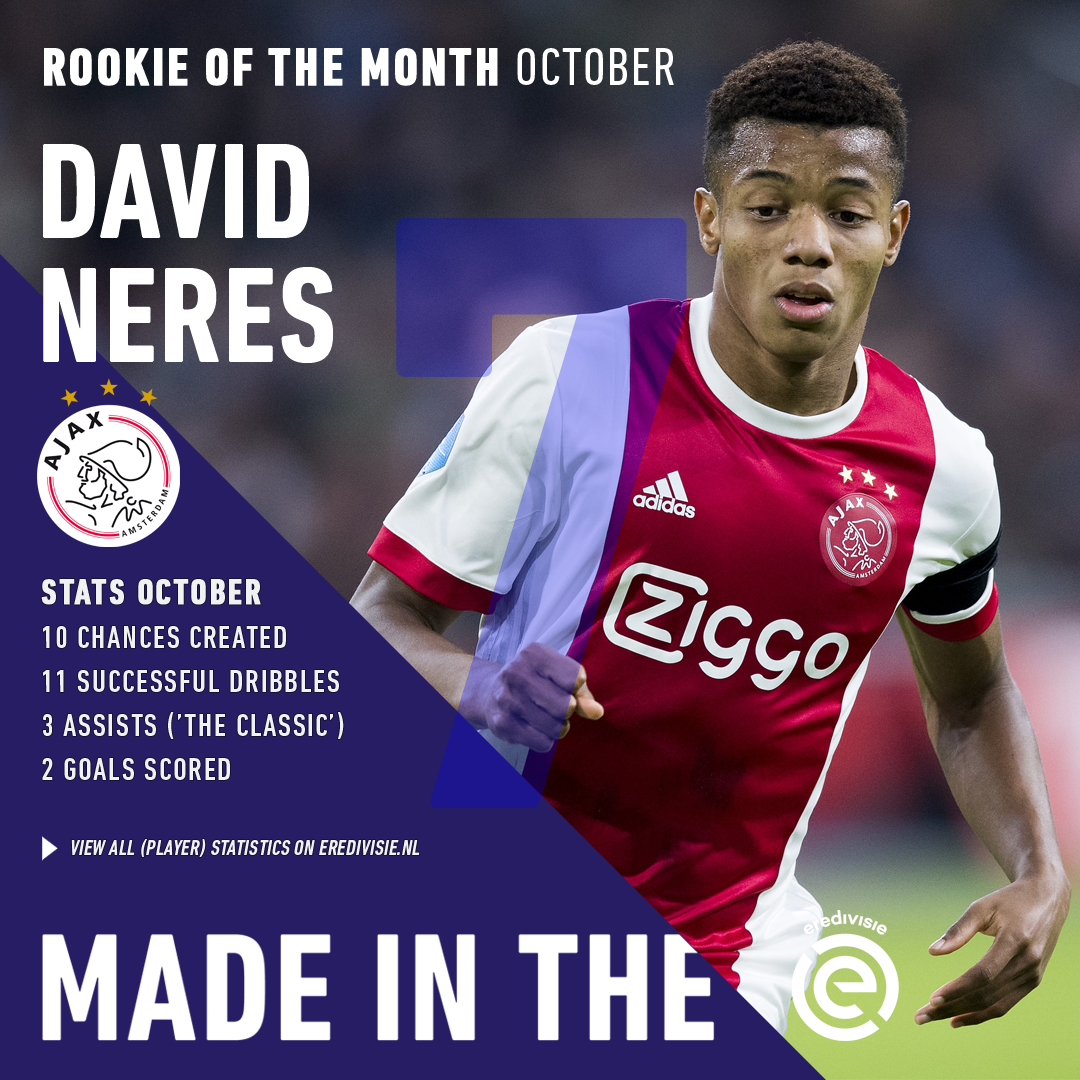 PLAYER OF THE MONTH OCTOBER