David Neres best player of the season (so far)

Ajax winger David Neres has been the Eredivisie Player of the Season so far according to stats. Opta Sports overall ratings have been calculated throughout the seasons based on goals, assists, chances created, passing accuracy and wide range of other stats. Neres' emergence at the top of the list isn't a surprise considering his 8 goals and 9 assists this season.

The match data statistics of all 18 game rounds shows a different picture: with a score of 87.5 (100) Neres is the best player of the season so far. PSV attacker Hirving Lozano follows with a score of 86.0, while Joel Veltman completes the top 3 (85.7).

NERES: PLAYER & ROOKIE OF THE SEASON (SO FAR)

The 20-year-old Neres scored 8 times in 16 leagues matches this season, hitting braces against PSV, SC Heerenveen (2 goals) and Willem II Tilburg (2 goals). The Brazilian winger also had 9 assists, making him the most valuable player of the Eredivisie. Next to best player of the season (so far), Neres is also named rookie of the season. Teammate Frenkie de Jong follows as a number two. 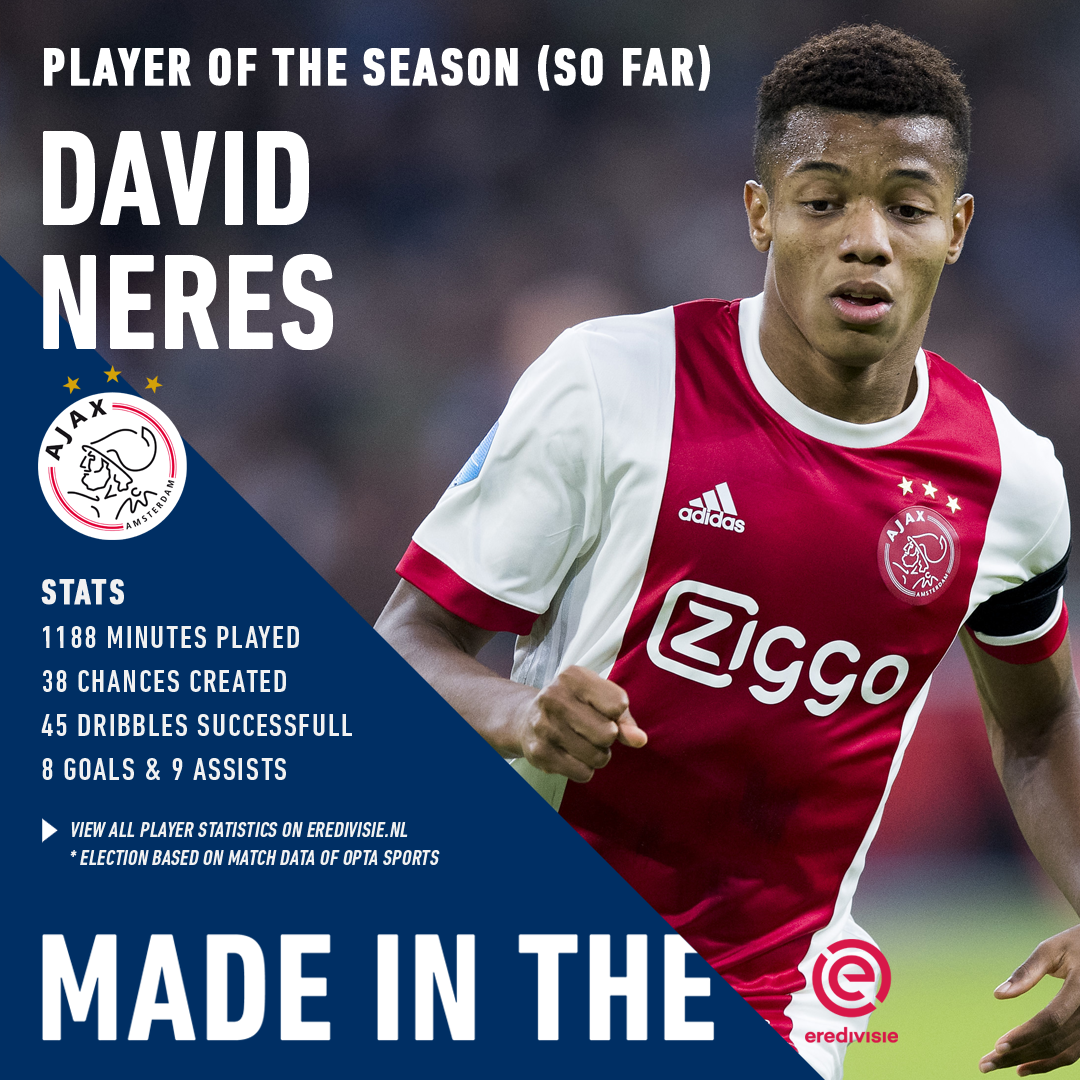 This season the Eredivisie CV and FOX Sports have chosen the Eredivisie Team of the season. On the basis of match data statistics Opta Sports, players are individually assessed on the basis of 60 different statistics. From this result the best Player, Rookie and the Team of the Month arise. The Rookie of the month may not be older than 21 years (at the start of the competition).