Zakaria Labyad is Eredivisie's Player of the Month

FC Utrecht midfielder Zakaria Labyad has been named the Eredivisie Player of the month (November). From the match data statistics of Opta Sports the 24-year-old appeared to have performed the best, followed by Bartholomew Ogbeche (Willem II Tilburg) and Donny van de Beek (Ajax Amsterdam).

Last Sunday Labyad was a match winner by scoring twice at De Kasteel (stadium of Sparta Rotterdam). The first goal was the fastest goal of this Eredivisie season: it took him only 37 seconds to put his team ahead. Sparta was still at the same level ten minutes after half time, but fifteen minutes later Labyad pulled the initiative back to him. He placed a free kick in the top corner.

With four goals in only two games (180 minutes), Zakaria Labyad is in excellent form. The statistics speak for themselves; this season no FC Utrecht player is involved in more goals than he. The former player of PSV and Sporting Lisbon already scored 7 goals and 4 assists. Labyad also managed to create 28 chances, won 37 duels and gave 308 successful passes. 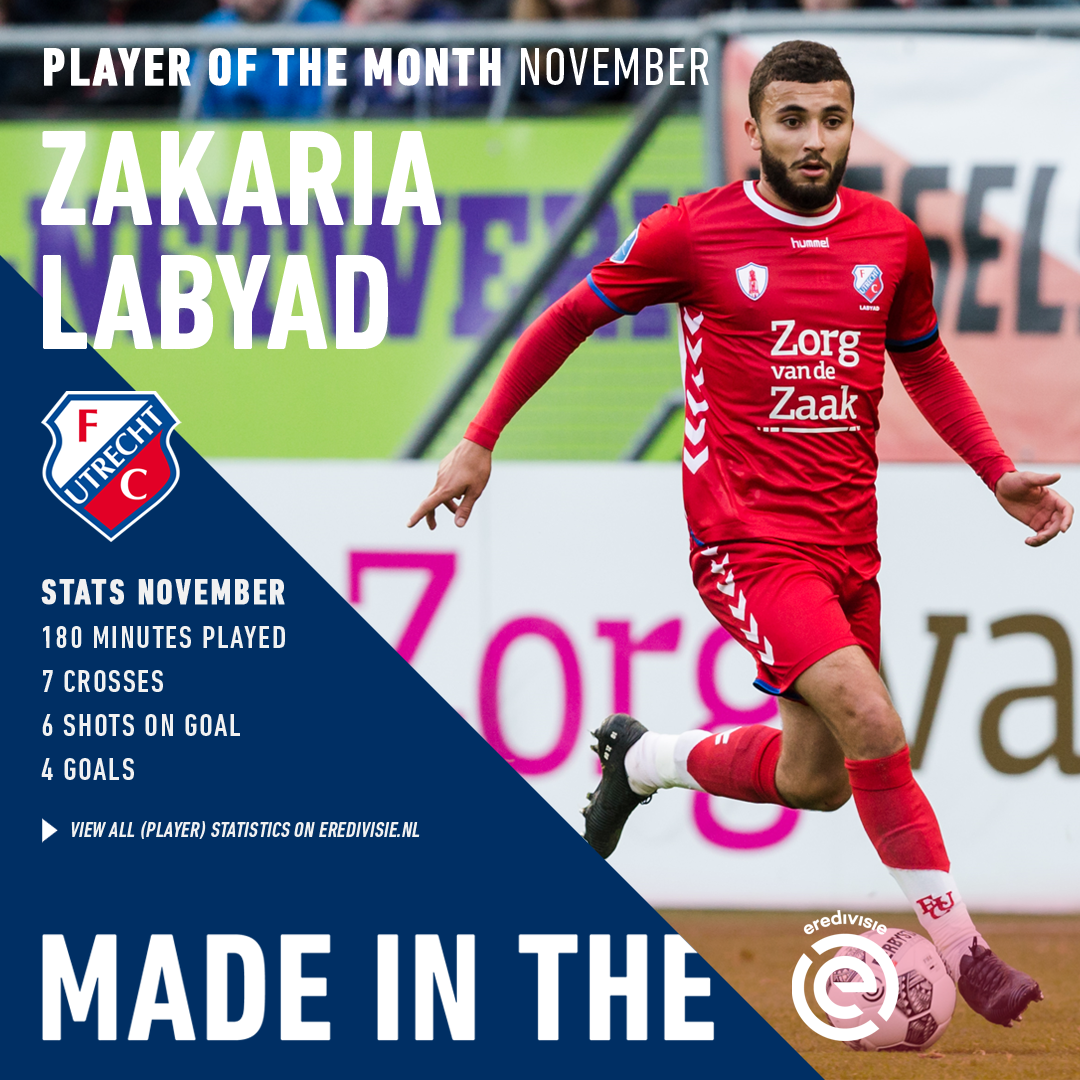 Donny van de Beek is Rookie of the Month

Ajax midfielder Donny van de Beek has been named Rookie of the month of November. With three goals Van de Beek played a big role in the victory at NAC Breda (1-8), while he also faced Roda JC last Sunday. In total, the counter of the 20-year-old international stands for 5 goals from 13 matches. Striking was also his pass accuracy this month: 93% of the passes arrived successfully with a teammate.

This years first Rookie of the Month was Denzel Dumfries (SC Heerenveen), followed by Angeliño (NAC Breda) in September and teammate David Neres (Ajax) in October. 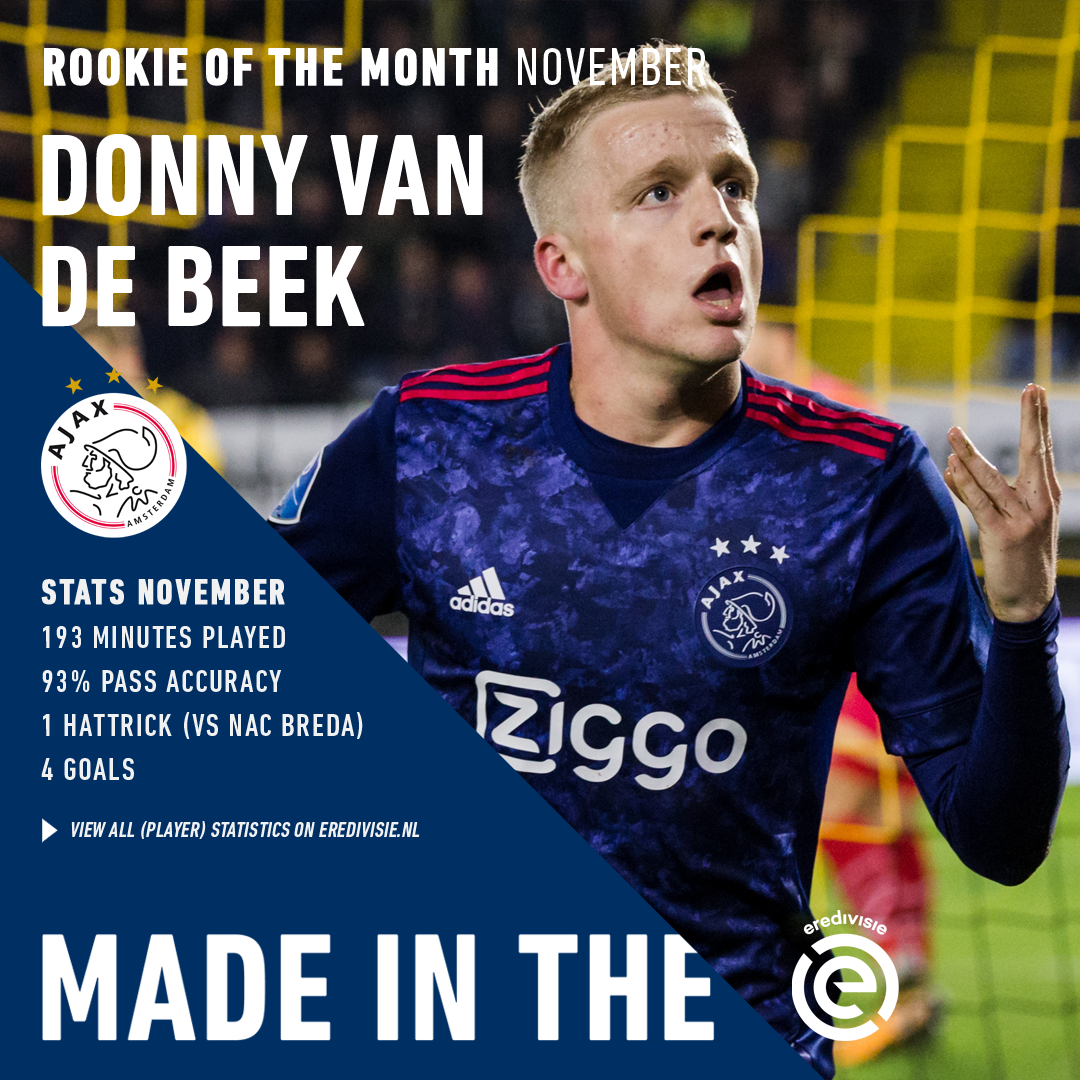 Since this season the Eredivisie CV and FOX Sports have chosen the 'Eredivisie Team of the season'. On the basis of match data statistics Opta Sports, players are individually assessed on the basis of 60 different statistics. From this result the best Player, Rookie and the Team of the Month arise. To be eligible players must have played at least two matches (150 minutes). The Rookie of the month may not be older than 21 years (at the start of the competition).