Feyenoord needed a win at PEC Zwolle to keep their UEFA Europa League qualification hopes alive. Giovanni van Bronckhorst's side were 3-0 and 4-1 up, but almost threw away the three points in the final minutes.

Feyenoord looked like they had sealed the game after just 15 minutes thanks to a Robin van Persie brace. The former Arsenal and Manchester United player, who in January re-joined the club where he started his career from Fenerbahce, found the net in the 10th minute with a shot from just outside the six-yard box. Van Persie scored his second goal five minutes later with another strike from close range.

Things went from bad to worse for PEC Zwolle just after half-time. In the 51st minute Karim El Ahmadi put Feyenoord 3-0 up with a 30-metre shot thanks to an incredible Diederik Boer blunder. It was a mistake that was to dearly cost to the home side in the end.

Moments after El Ahmadi's goal, though, PEC Zwolle reduced the gap when Mustafa Saymak was left completely unmarked in the box and scored the easiest of goals from a Kingsley Ehizibue pass. 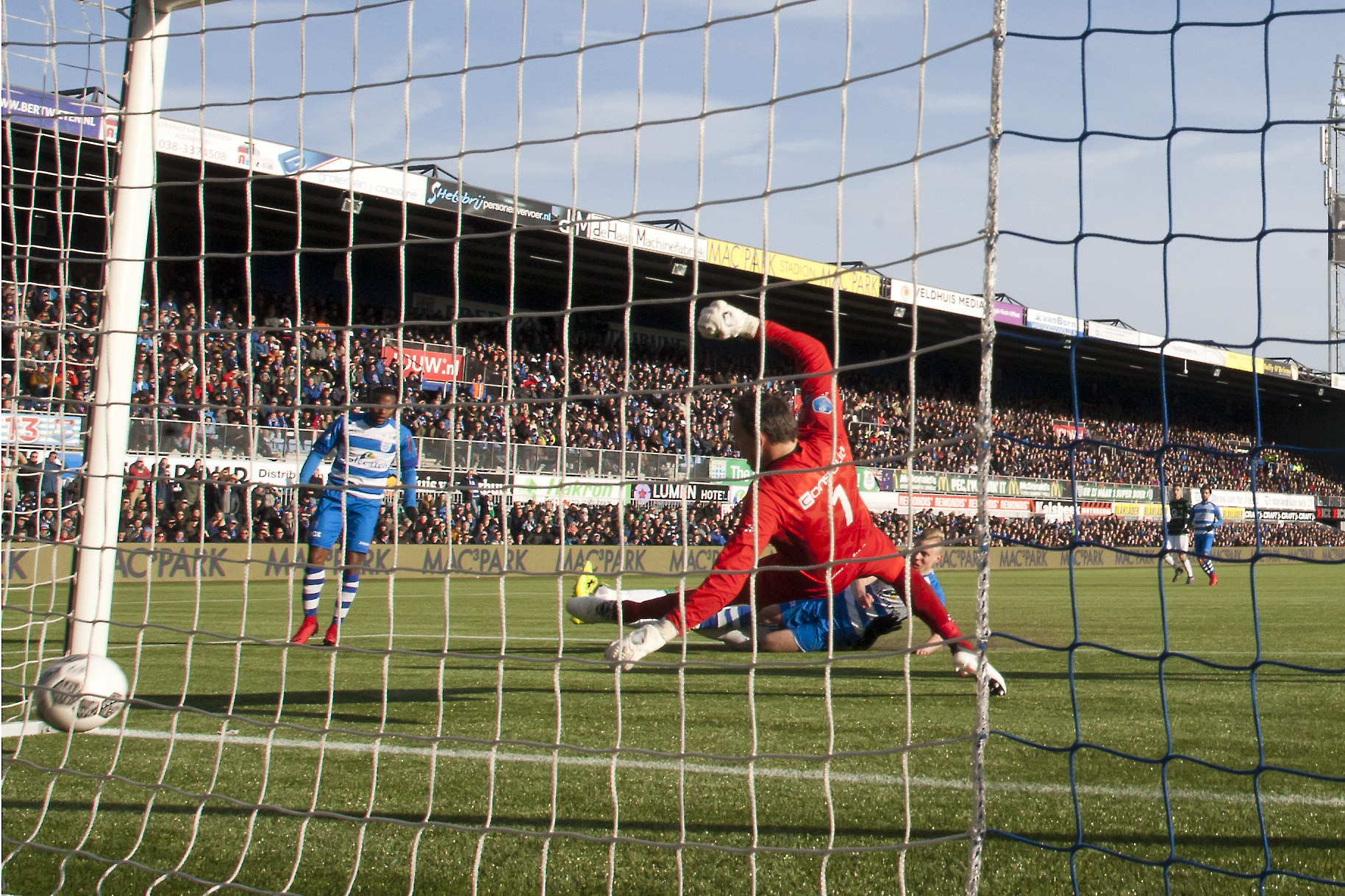 With John van't Schip's team desperately attacking in search of another goal, Feyenoord had plenty of spaces on the counter. And in the 78th minute they scored their fourth goal with Tonny Vilhena on target from Steven Berghuis' second assist of the game, having set up van Persie's first opener.

But it wasn't over yet. Six minutes later, referee Pol van Boekel awarded a penalty to the home side for a Jean-Paul Boetius' foul on Kingsley Ehizibue, with Piotr Parzyszek converting from the spot.

The Polish forward had another surprise in store for Feyenoord in the 88th minute, when he took advantage of another piece of sloppy defending to reduce the gap to just one goal. It was too late though as Feyenoord managed to resist the home side's siege in the last six minutes and brought home an important victory.

Thanks to this result, van Bronckhorst's team moved up into fourth in the table. PEC Zwolle, on the other hand, maintained seventh position and can still hope for a place in the Eredivisie play-offs for next season's Europa League.