Since the 2018/19 season, all Eredivisie stadiums have been equipped with TRACAB tracking systems which results in the collection of over 3.5 million data points per match by tracking all 22 players and the ball 25 times per second. Collected tracking data includes physical, tactical and positional data which is enriched by event data from StatsPerform. Event data includes well-known statistics such as goals, shots, passes, recoveries and dribbles. To create the full picture, these data sources are supplemented with automated intelligence video feeds by Provispo.

The initial goal of this league-wide project was to facilitate Eredivisie clubs with data insights to improve on-pitch performance. The key to do this is by transforming the raw data output and video feed from the various providers into actionable insights. This is exactly why the Eredivisie decided to join forces with data intelligence company SciSports at the start of the 2020/21 season to deliver one central analysis platform that takes care of the data processing, storage and delivery of insights.

By doing so, the first team staff, analysts and Technical Directors are able to focus more on the actual analysis, monitoring and benchmarking of their team and players based on data insights. Furthermore, they are able to make comparisons with other clubs in order to improve their own performance.

The way the Dutch Eredivisie has embraced football data as a new resource in a league-wide collaboration with all clubs is quite unique compared to other countries. This unique collaboration allows all clubs to have access to all data (including that of other clubs), as well as all co-developed metrics. 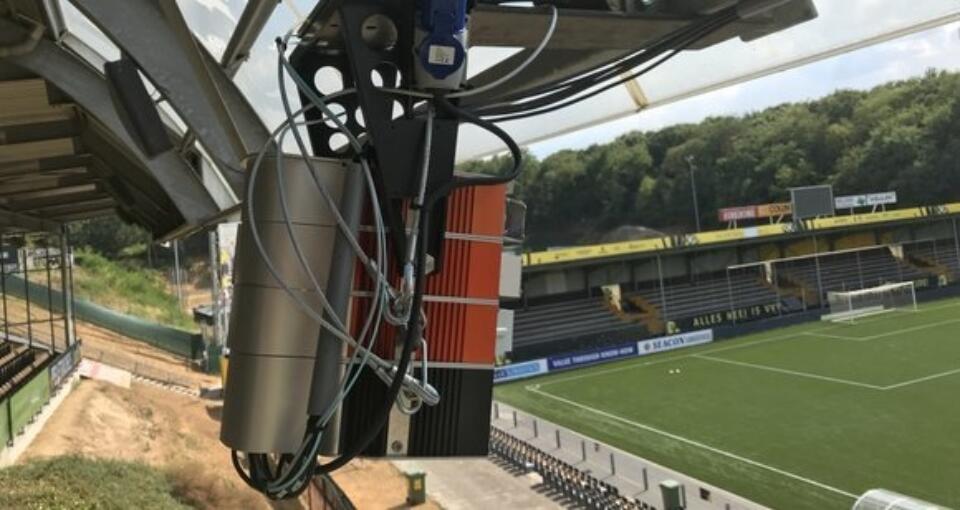 After every playing round there is now a massive amount of raw data available which is processed and transformed by SciSports’ algorithms into actionable insights. Insights that are used by the clubs on a weekly basis to improve their on-pitch performances but not yet consumable for any football fan. Extensive reports in which players and teams are benchmarked with their peers in the league based on insights include elements such as game intensity, shots, outplayed opponents, sprints, total distance covered and more.

With a changing landscape and a new generation of data-driven and game-minded football fans, there is a demand for a next step to make fans part of the journey. A unique approach can make data-driven insights into a key part of the digital fan experience.

To make this a reality the Eredivisie and SciSports joined forces with Dutch company TEN Content Agency. Working towards a modern, scalable concept serving the international football fan: Eredivisie Data Lab. The first result of this collaboration is a data-driven content series on the social channels of Eredivisie which is outlined in more detail below.

From data metrics to a ‘next gen’ content format

Every week there is an automated report on the top performers of the last weekend’s round of Eredivisie matches provided by SciSports. The key challenge is to translate these advanced data metrics into easy-to-understand football slang to directly spark the imagination. That’s why the data insights - with tracking and event data included – are categorized into five 'content' categories:

For example, sc Heerenveen midfielder Joey Veerman attracted attention in matchweek 25 with his exceptional passing skills. Veerman created 35 forward passes (80% of total), he outplayed 38 defenders to the goal, had the longest successful opening (57m) and facilitated 1.7 potential goals. As a result, the 22-year-old midfielder was highlighted in a ‘genius’ video.

“Not all of our Eredivisie followers are interested in content about data and statistics”, says Michel Dusée, Project Manager Marketing of the Eredivisie. “Therefore we asked TEN Content Agency to create a new content series with videos that are distinctive, innovative, recognizable and easy to understand for all of our fans. We think this has worked out well: the videos are ‘next gen proof’, players reshare it on their own channels and over 70% of our followers want to see more videos like this.

“We are really proud that we have been able to create an innovative and attractive way to bring statistics to live”, says Jorn Rohde, creative director at TEN Content Agency. “We were inspired by old-school videogames, anime and hypes on social media. We wanted to show that the combination of game footage with awesome visual and sound effects could give a real ‘social’ dimension to the game we all love. For us this is the tip of the iceberg. We think there are a lot of extra opportunities and assets we can add to this great Eredivisie Data Lab series.”