Music labels Top Notch and Noah’s Ark are this year's designers of the official Derbystar Eredivisie ball. The new design puts the spotlight on a team of talented Dutch hip hop artists. In doing so the ball moves from the classic arts - the previous edition was covered in Rembrandt's sketches - towards a new generation of artists

The ball, called 'De Beloften' (The Hot Prospects), features the portraits of Yade Lauren, S10, Delany, Mensa, Lucass, Philly More, Caza, Jack, Wally A$M, Sor and ADF Samski. "Every single one an artist who Top Notch and Noah's Ark believe will make it big in 2020/21," reveals Vincent Patty of Top Notch & Noah's Ark. "They all have their own style, sound, background and story, but also have one thing in common: Talent and the unshakeable dedication to making their dream come true."

For Patty, also known by his stage name Jiggy Djé, the Eredivisie’s invitation to work together was rather self-evident. "The Dutch hip hop and football culture are closely connected in several ways. Friendship and collaborations between artists and footballers in the Netherlands are a natural phenomenon. For talented individuals with a dream in either music and sports it doesn't matter where you come from, who you are, who you like or how much money you have – the only thing that matters is your performance on the pitch or on stage."

On pitches as of 1 August

Top Notch & Noah's Ark represent the fourth guest designer of the Eredivisie ball. In 2017, Henk Schiffmacher kicked off the new edition to commemorate the 60th anniversary of the Eredivisie. Followed by Johnny de Mol and the Rijksmuseum. The new ball will roll out on to Dutch pitches on 1 August during the FOX Sports Eredivisie Comeback and will be the official ball during the Eredivisie 2020/'21 season that kicks off on September 12th.

Top Notch and Noah’s Ark are Dutch hip hop labels that work together and have the deepest roots and greatest impact in Dutch hip hop culture. They have flourished by providing a platform for talent and constitute the foundations of the most popular music genre in the country. 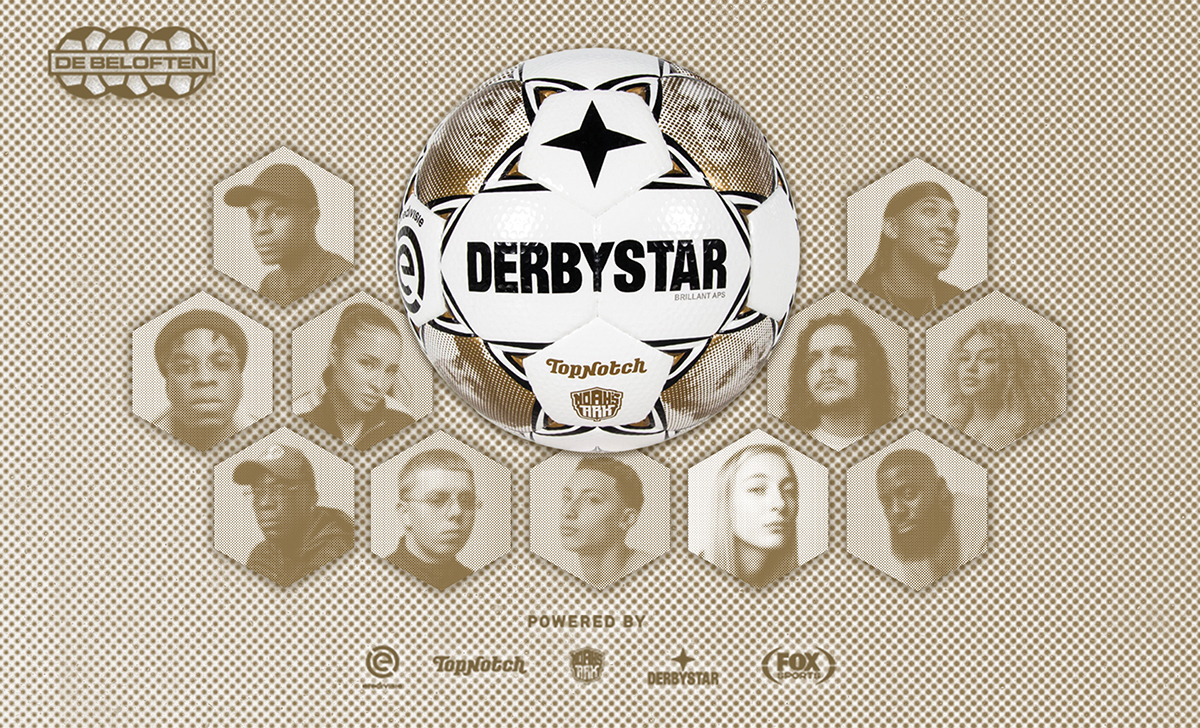 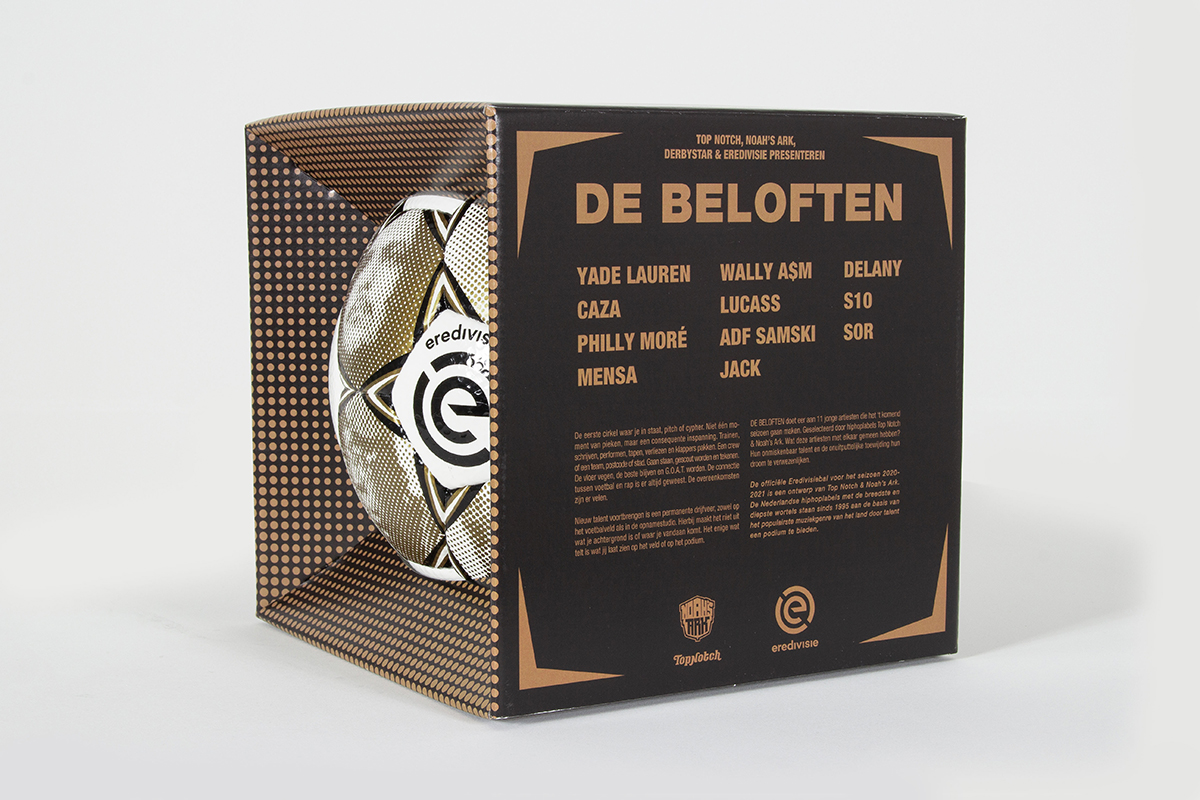 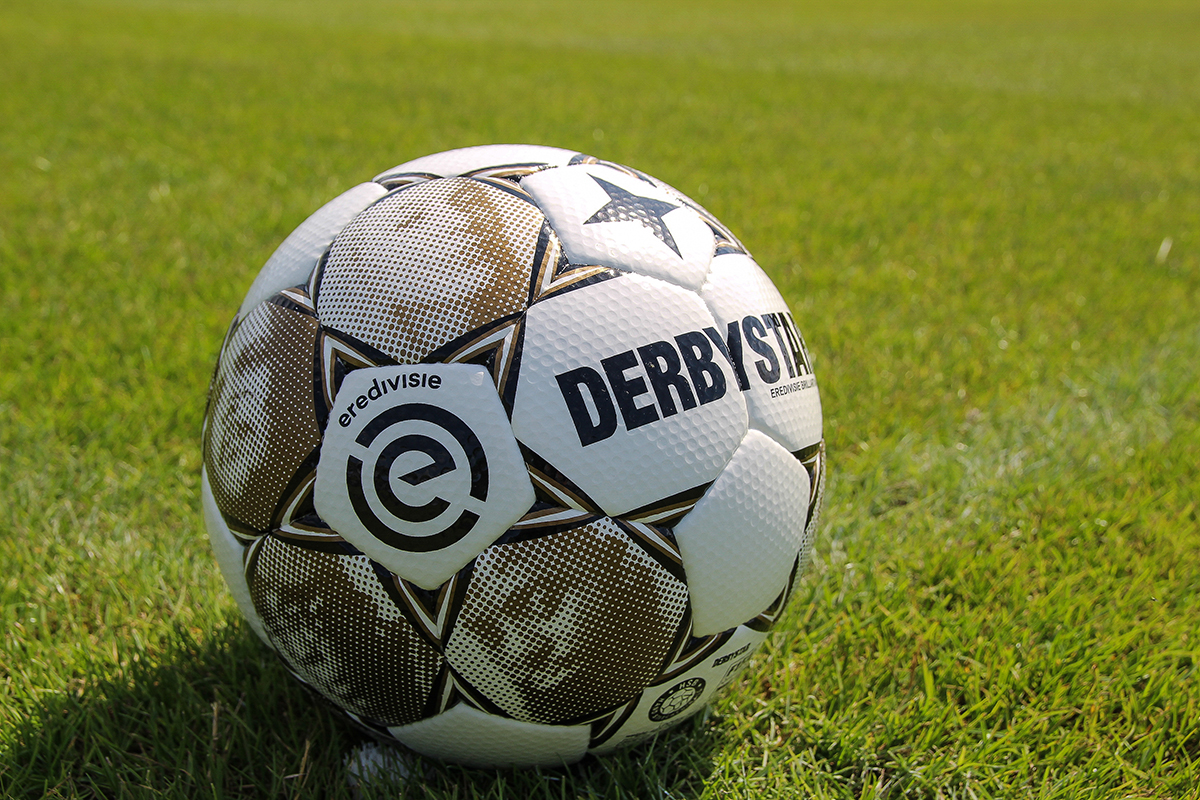