Steven Bergwijn is Eredivisie's Player of the Month

PSV attacker Steven Bergwijn has been named the Eredivisie Player of the month (February). From the match data statistics of Opta Sports the 20-year-old attacker appeared to have performed the best, followed by Fredrik Midtsjø (AZ) and Angeliño (PSV).

Last Sunday Bergwijn was involved in all three goals of PSV against Feyenoord. PSV took the lead on 23 minutes when Santiago Arias was left free to head in Steven Bergwijn's cross. Ten minutes later it was 2-0, as Gaston Pereiro set Bergwijn through on goal and the winger dinked the ball past Brad Jones and into the net. In the second half Pereiro made it 3-1 from close range after Brad Jones could only parry Bergwijn's shot.

Earlier this month, Bergwijn was also decisive in the match against Sparta Rotterdam, by striking twice (1-2). Together with the games against SC Heerenveen and Excelsior Rotterdam, the attacker created 10 chances and delivered 10 shots on goal. 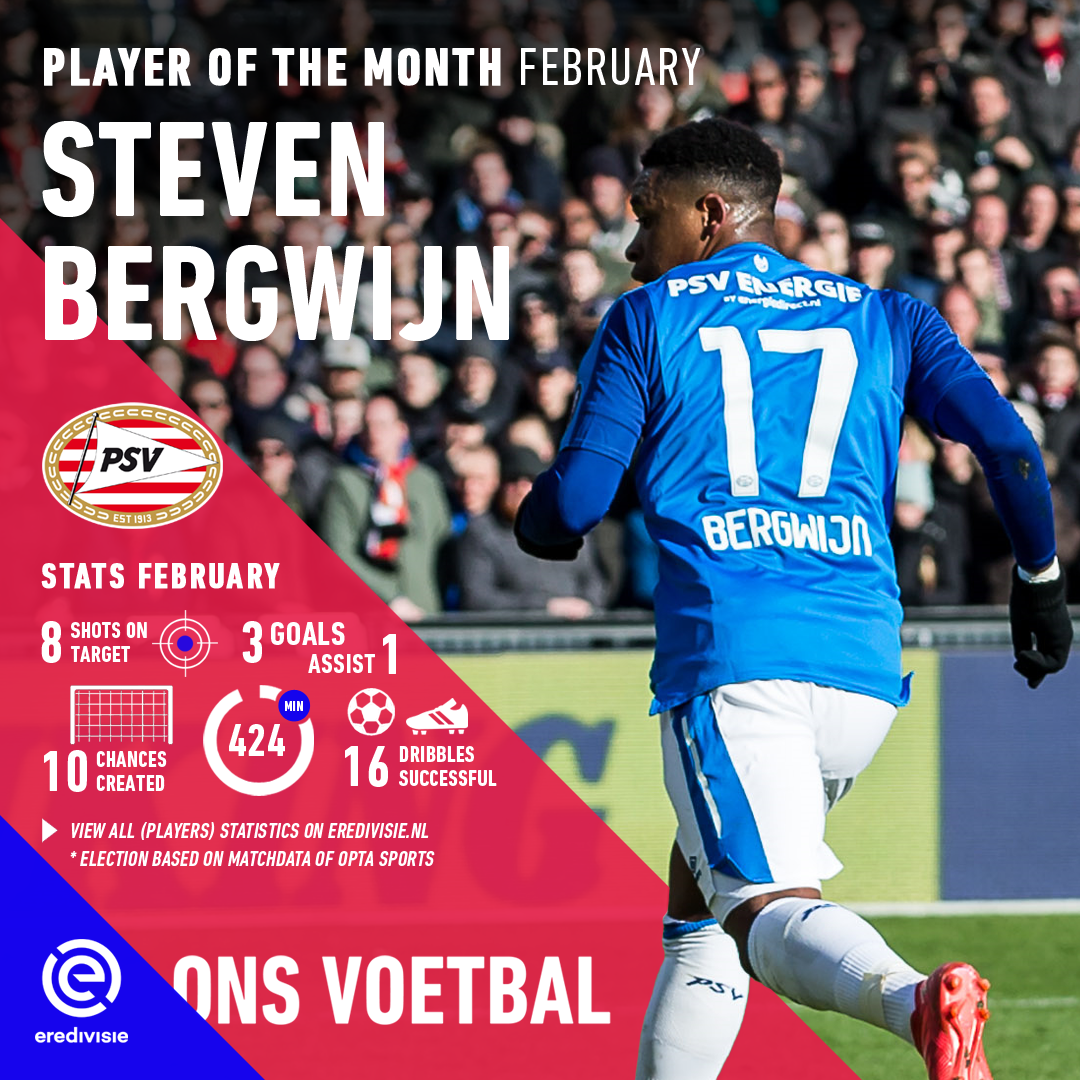 Since this season the Eredivisie CV and FOX Sports have chosen the 'Eredivisie Team of the season'. Players are individually assessed on the basis of 60 different statistics from Opta Sports. From this result the best Player, Rookie and the Team of the Month arise. To be eligible players must have played at least 270 minutes (60 percent of the total matches this month). The Rookie of the month may not be older than 21 years (at the start of the competition).