PSV 'winter champs' of the eDivisie after scintillating closing week

PSV has also finished out the year as the winter champion of the edivisie. Ali Riza Aygün, the eSports player of PSV, outplayed Sandro Cooiman of VVV Venlo and won the last round of play 1-5. With 42 points in 17 matches, the 21-year-old player from Eindhoven has won the first half of the season on the PlayStation 4.

The climax of the first half of the season took place last week. Every day, a full playing round of the Dutch FIFA 18 competition could be seen on FOX sports. The battle for the first title on the PlayStation 4 resulted in an extremely close race among the eSports players from ADO The Hague (Mitchel Denkers), PSV (Ali Riza Aygün) and Roda JC (Tom Heijnen). The eSports player from PSV ultimately came out on top; both Roda JC and ADO The Hague were defeated in the final week, and this meant that the title was within Aygün's grasp. 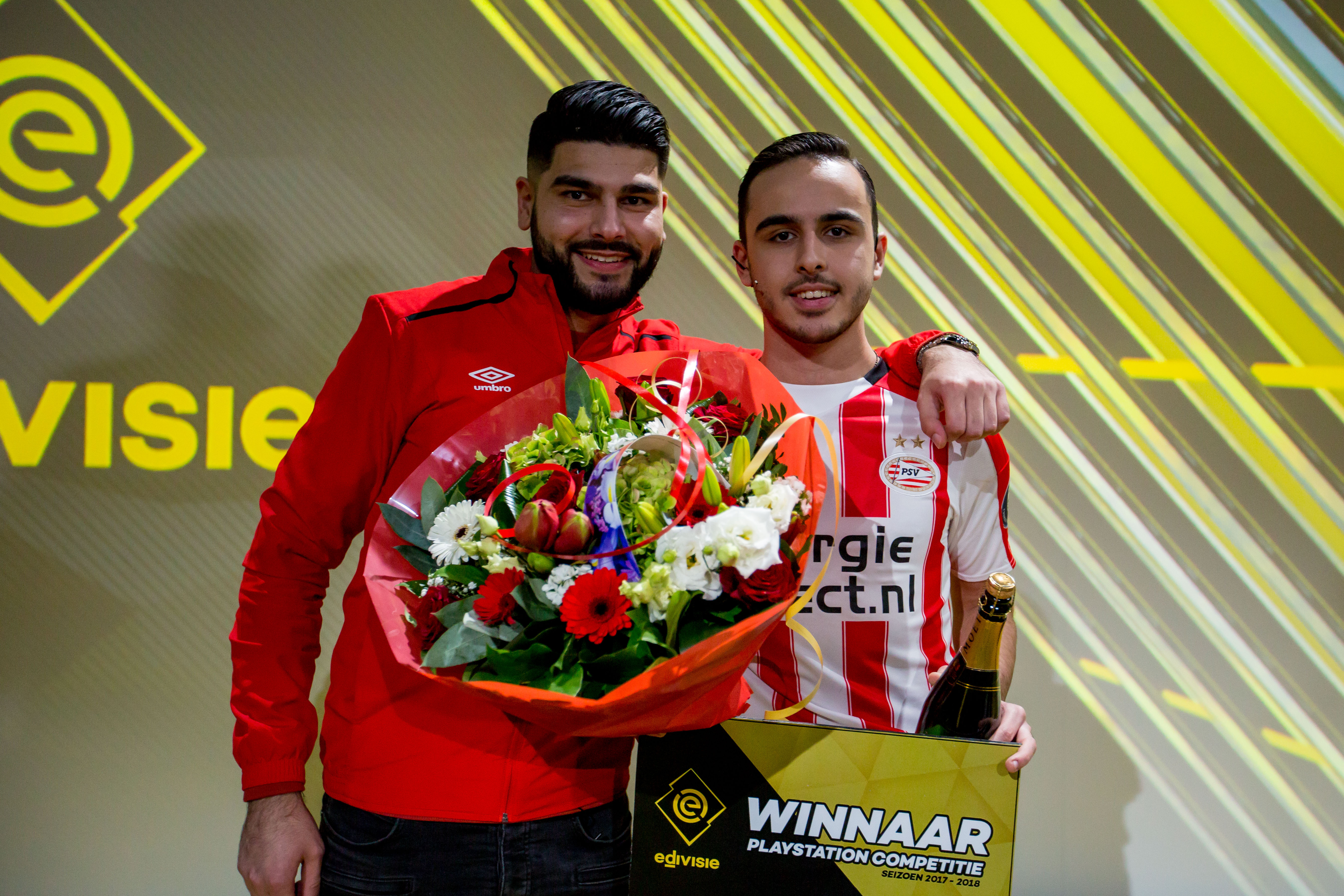 Champion of the edivisie will be known in May

The second season of the edivisie kicked off on 12 October with 18 eSports players representing the (Dutch) Eredivisie clubs. The edivisie is an initiative of the Eredivisie CV in collaboration with the 18 Eredivisie clubs, EA SPORTS™ and Endemol Shine Nederland and was again hugely popular this season. Up to the last week of play, every playing round attracted approx. 450,000 views.

New this season is that the edivisie has been divided into two competitions: 17 playing rounds on the PlayStation 4 and 17 return matches on the Xbox One. The two best gamers will then face off in mid-May in an ultimate play-off event for the national championship. The return matches in the coming months will reveal who will face Ali Riza Aygün (winner of the PlayStation 4).

The first rounds of play on the Xbox One will be aired starting from Monday 8 January 2018 on FOX Sports and YouTube. 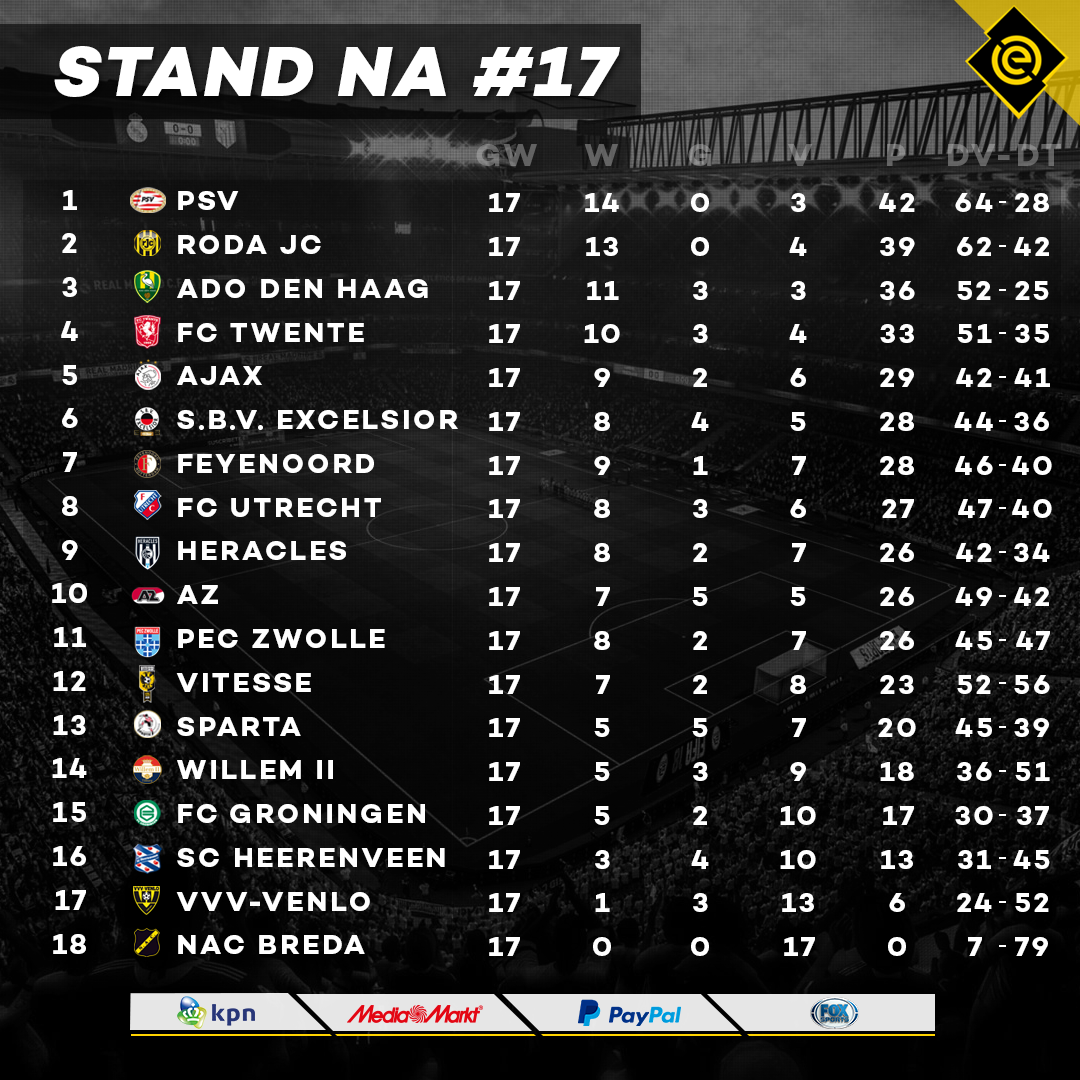