The champions schale rizes in the air, fans in the packed AFAS Live venue are cheering towards Tony Kok and Jonas Ghebrehiwot who represent eredivisie club PEC Zwolle. The two ePlayers just won the final in beating Dani Hagebeuk and Curtis Poole (Ajax) and may call themselves the winner of eDivisie season I. They will take the champions scale home, but they also receive a staggering € 25,000 in prize money. “This is a dream come true.”

Music is blasting through the speakers, the audience is shouting so loud that it's impossible to talk to one another. The ePlayers of Ajax and PEC Zwolle enter the stage. The tension and pressure can easily be read from their faces;  Dani Hagebeuk and Curtis Poole (Ajax) and Tony Kok and Jonas Ghebrehiwot (PEC Zwolle) know that their colleagues, their own thousands of fans, the supporters of the club they represent and all the spectators in AFAS Live are watching. This is their moment. They must win this match.

The first to win two matches in the final, could call himself the winner of the eDivisie season I. Tony Kok won the first match after beating Ajax ePlayer Curtis Poole in penalties. The second match will not soon be forgotten by Ajax ePlayer Dani Hagebeuk and PEC Zwolle Jonas Ghebrehiwot. Jonas defended his 1-0 lead until the 90th minute. Dani scored, and the extra time could not decide the game. Winning the penalty series after that, secured the € 25,000 prize money for PEC Zwolle.

Among the other 7 finalist clubs, the remaining € 25,000 prize money was divided. 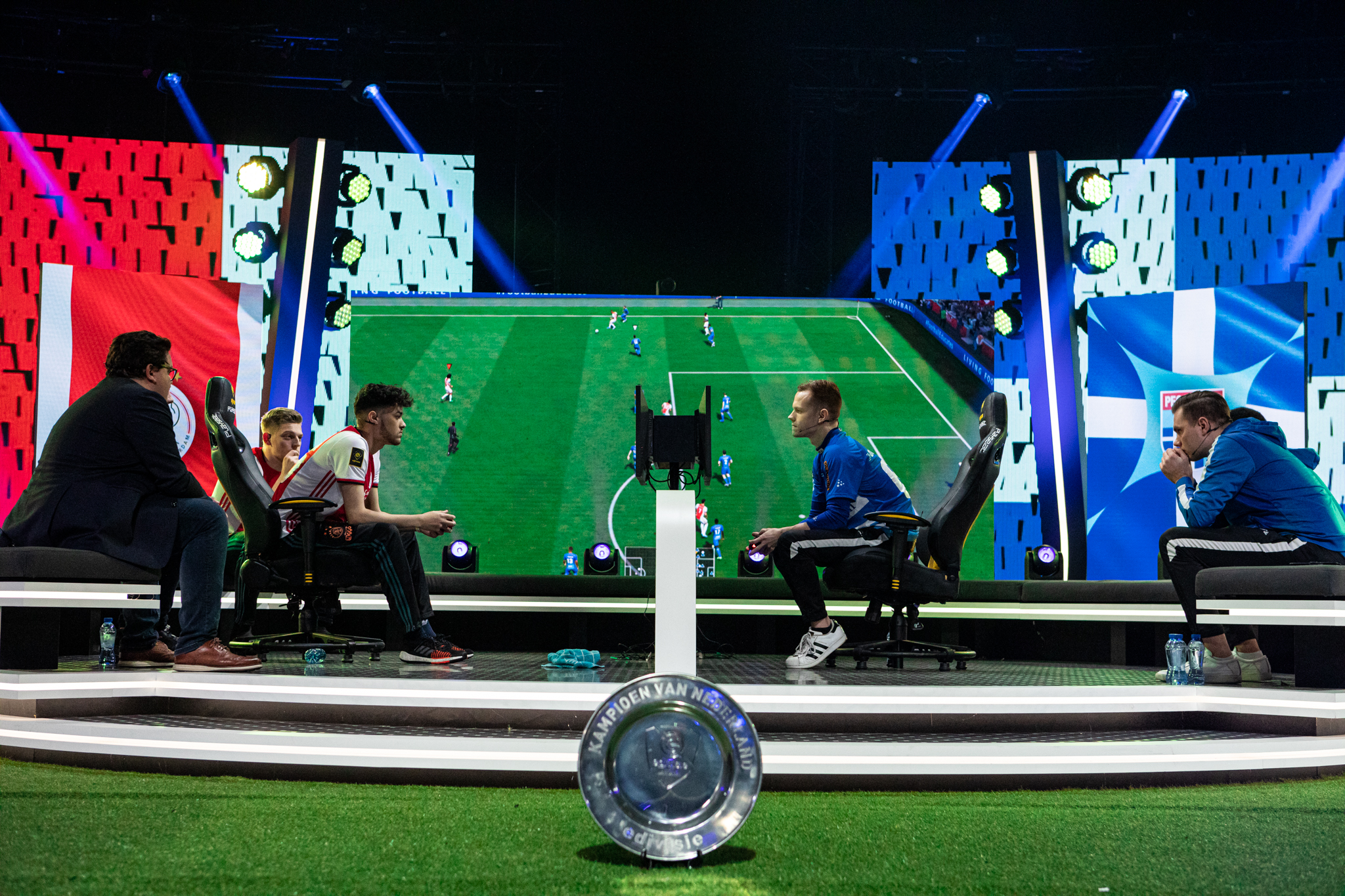 ROAD TO THE FINAL

The road to the final was intense. On November 11th 2019 the eDivisie started in a completely renewed design. Together with DreamHack as its newest partner, the official Dutch EA SPORTS FIFA league expanded to broadcasting live every Monday and Tuesday evening, the eredivisie clubs being represented by two in stead of one player and the introduction of prize money for the first time in its existence.

PEC Zwolle managed to reach the eDivisie Finals through the Playoffs. After beating FC Utrecht in the quarter final and Heracles Almelo in the semi final, they went against Ajax in the final. 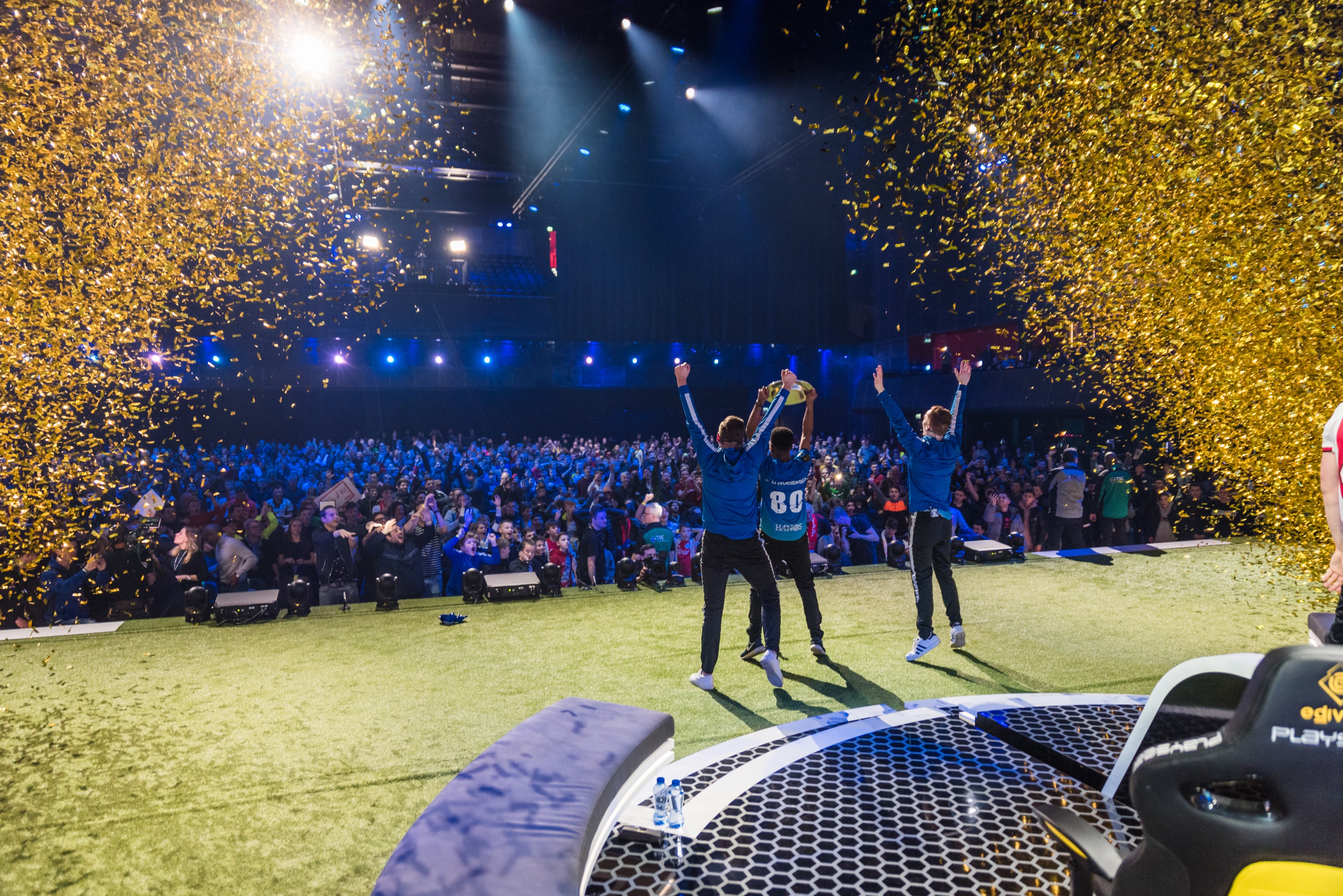 A packed AFAS Live venue, full of shouting and cheering fans. That was the stage of the eDivisie Finals. “This is something we have never seen before, this is so awesome! A venue completely packed with fans who are cheering and shouting, amazing. This made us push ourselves to our limits for sure”, said Tony and Jonas.

To the question what the win means to Tony and Jonas, both players respond like-minded: “We have worked for this the entire season. Playing 17 match rounds over something close to 10 weeks, we gave it all and now we have won the eDivisie Finals. Truly a dream come true”.

Arnoud Schonis, Project Manager eSports of the Eredivisie CV, explains: "With the spectacularly renewed set up of the eDivisie, the continuous commitment of our clubs and by organizing this hug eDivisie Finals event, we strengthen our name as the world's most professionally organized EA SPORTS FIFA league. By emphasizing that our players focus on their physical health and are often involved in social responsible activities, we want to increase our target audience and keep growing this way. Obviously, a spectacular experience like today's really helps."

“After such an amazing and successful finals event in front of thousands of fans and the welcome the renewed eDivisie has received, we have been confirmed that we really are on the right track and have created something with eDivisie we must build even further. We are very proud of what was created today by engaged and hardworking people invested in Dutch esport, by the dedicated fans and by those absolute world class players in the league who spoiled us with some spectacular EA SPORTS FIFA action today", says Sanne Ravn Faxoe, Director of eFootball at DreamHack SportsGames and continues:

"I can’t remember to have seen anything like this in our time working with EA SPORTS FIFA. Today has definitely set the bar extremely high for tomorrow’s EA SPORTS FIFA events."

eDivisie season II starts on March 2nd. Every Monday and Tuesday night the eDivisie can be watched live between 5 and 10 pm. The eDivisie Finals of season II are planned for May 9th where € 50,000 in prize money is up for grabs again