AZ left back Owen Wijndal was named Player of the Month for May in the Eredivisie on Friday. Ajax midfielder Mohammed Kudus has received the award for best player under 21.

Owen Wijndal won this month with AZ against RKC Waalwijk (1-3), Fortuna Sittard (1-0) and Heracles Almelo (5-0) and played to draw against FC Groningen (0-0). The left-back excelled in these games with an average pass completion of 89%, nineteen ball contacts in the opponent's sixteen-metre area, one goal and one assist. In addition, the 21-year-old from Zaandam created ten chances from open play, the highest number of all premier league players in the month of May.

The players from Alkmaar finish the 2020/21 season in third place, which gives them an entry into the last preliminary round of the Europa League. Wijndal had an important share in the success: together with FC Groningen defender Ko Itakura, he is the only field player who played all possible minutes this season in the Eredivisie (3060 minutes).

In the Player of the Month ranking Wijndal stayed ahead of Sergio Peña (FC Emmen) and Vangelis Pavlidis (Willem II). 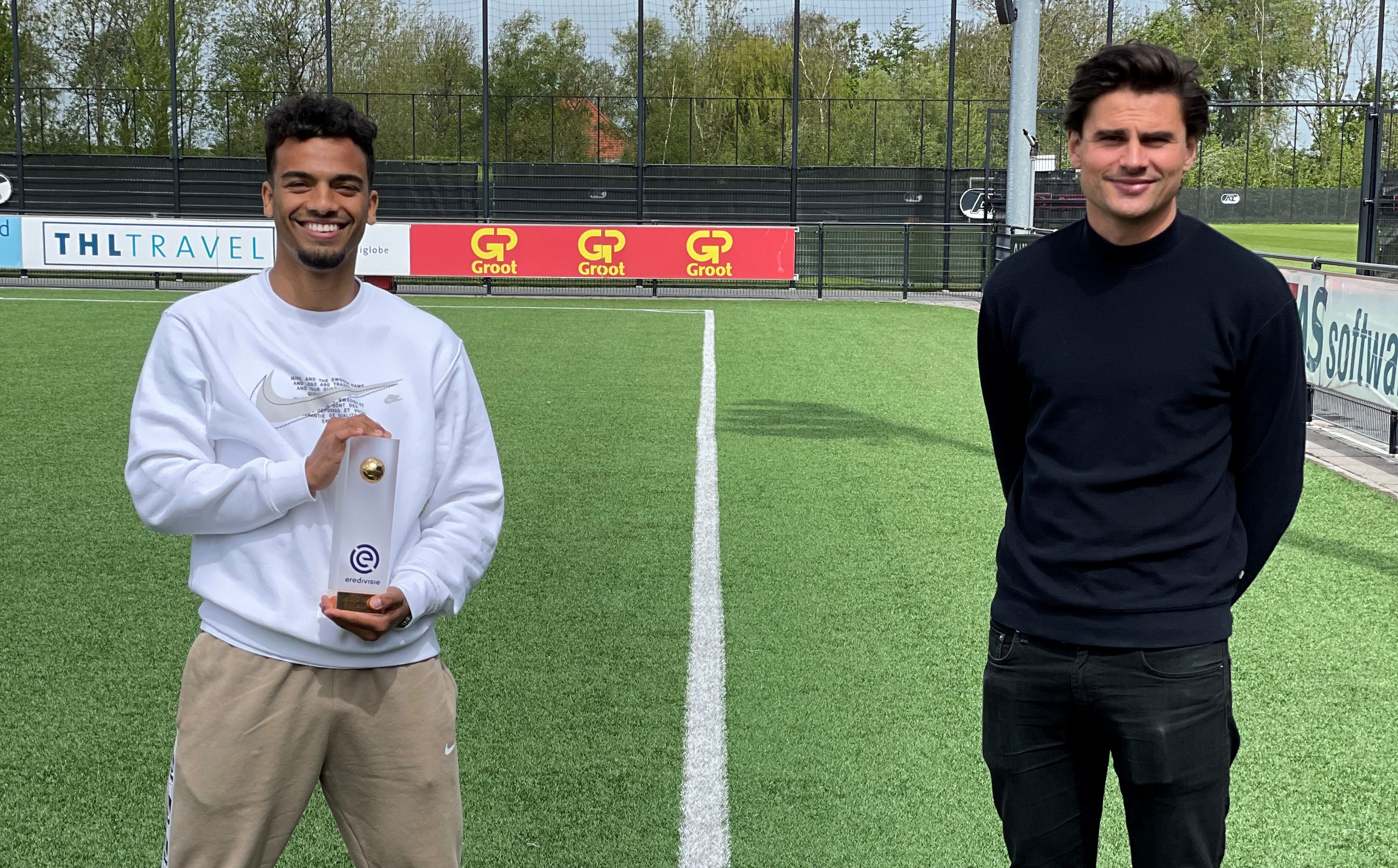