Oussama Idrissi named as Eredivisie Player of the Month

With his team AZ, the 23 year-old Idrissi won against PEC Zwolle (0-3) and Ajax (1-0), but lost a week later to Sparta Rotterdam (3-0). Despite the defeat, the Moroccan international can look back on an excellent month.

Idrissi was the player who posed the most danger among the Alkmaar team. He created the most chances from open play (7), took a shot at the opponent’s goal, under fire, most frequently (11 shots) and showed everyone how he is one of the best dribblers in the Eredivisie (11 successful dribbles).

His best match of the season was played in Zwolle. With two goals and one assist, the left-winger was involved in all of the goals. And a personal milestone for Idrissi: for the second time in his professional career and the first time since 2016, he was involved in three goals in one Eredivisie match (then on behalf of FC Groningen against FC Utrecht).

The counter for this winger now stands at 9 goals and 2 assists. With 16 rounds to go, Idrissi looks like he will break his personal record from last season (8 goals and 6 assists in 32 matches).

This is the first Player of the Month award for Idrissi and AZ. Fellow team-player, Owen Wijndal has been named as Player of the Month U21 twice (August and November). Idrissi succeeded in beating goalkeeper Timon Wellenreuther (Willem II) and Hakim Ziyech (Ajax) in December. 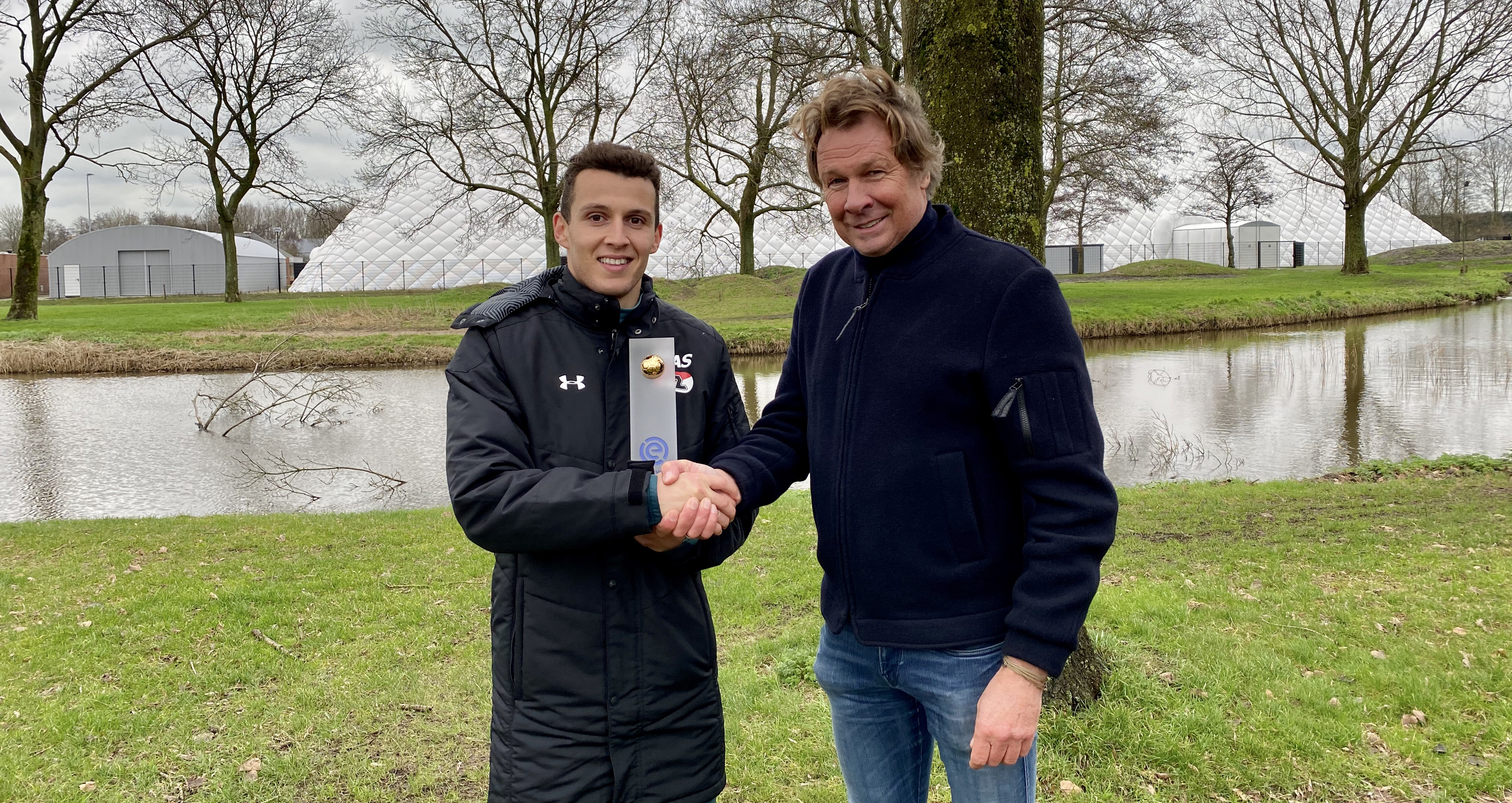 ORKUN KÖKCÜ IS PLAYER OF THE MONTH U21

Orkun Kökcü has been named as the U21 Player of the Month by the Eredivisie. The mid-fielder realised the most number of passes in the opponent’s half (118) in Dick Advocaat’s team. The 19 year old youth player was only the third player from Feyenoord to score his five Eredivisie goals during away matches, after Bonaventure Kalour and Dirk Kuyt. Kökcu recorded a passing accuracy of 88% and scored in the match against FC Utrecht. His performance meant he stayed ahead of Vitesse defender Danilho Doekhi in the U21 category. 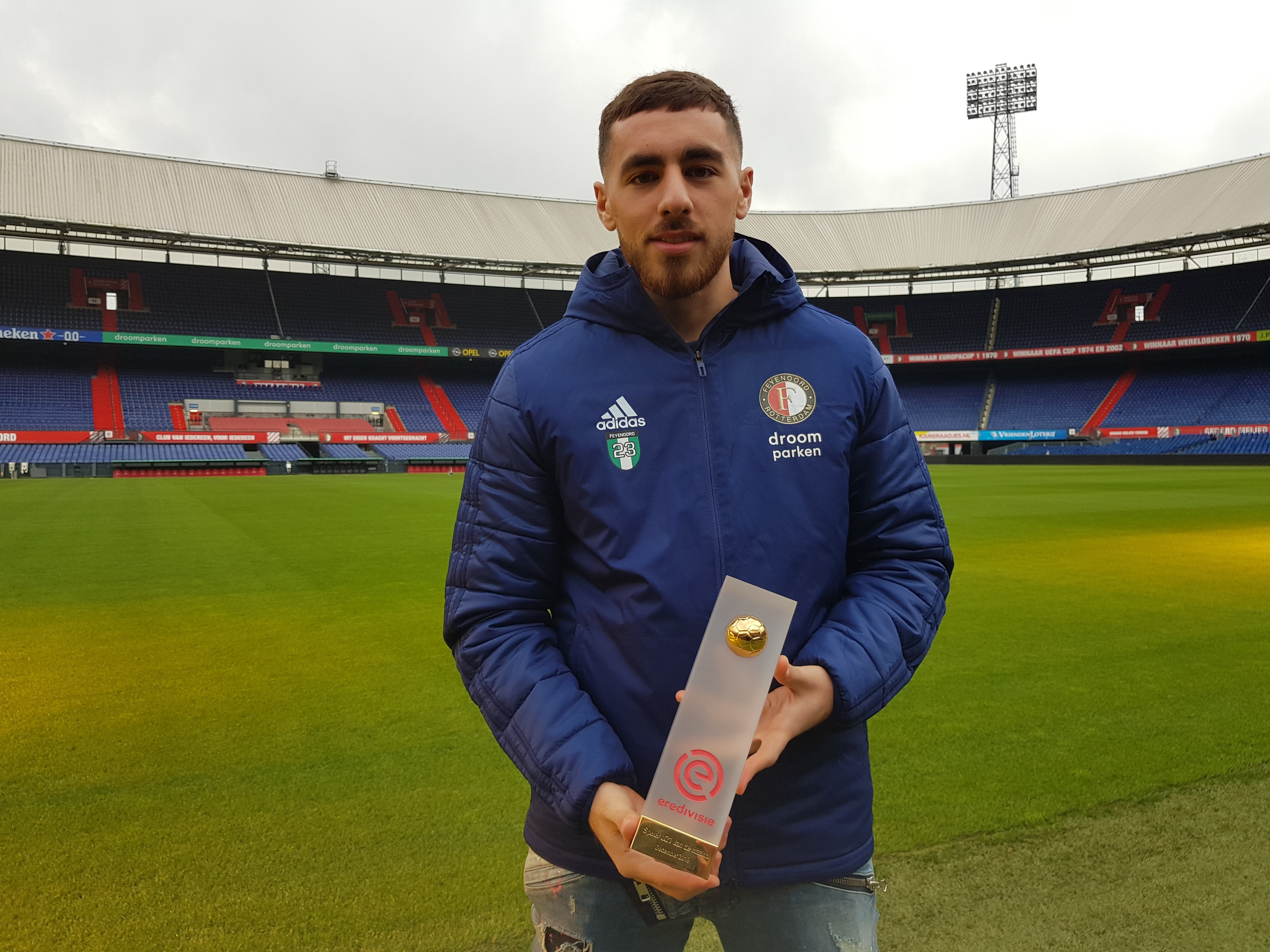 AJAX PROVIDES MOST PLAYERS FOR TEAM OF THE MONTH

With five players, Ajax is the main provider of players for the Eredivisie Team of the Month. Hakim Ziyech and Nicolás Tagliafico achieved the highest scores among Ajax players, while Dusan Tadic, Donny van de Beek and Joël Veltman also gained a place in the team. AZ were second, with two players: Oussama Idrissi and Jonas Svensson.

The Player of the Month award is an initiative of Eredivisie CV in collaboration with Opta Sports (official match data supplier) and FOX Sports. The scores are assigned to players objectively on the basis of more than 60 different statistics. Only players who have played at least two-thirds of the total number of game minutes are eligible for a prize. The prize for U21 Player of the Month is only awarded to players who are 21 or younger at the start of the competition.