Nicols Tagliafico is Eredivisie Player of the Month

With his offensive game, Nicolas Tagliafico managed to create 11 chances, deliver 7 successful crosses and noted 22 ball contacts in the enemy penalty area. This resulted in goals: three assists in the first three games, while one Sunday he made his first goal in the Eredivisie.

On the other flank, the 21-year old right-back Noussair Mazraoui also impressed this month. Mazraoui stood out because of his good dribbles (14 of which 11 were successful) and his successful passes (a pass accuracy of 89%), while the Moroccan player won more than half of his duels with his opponent (21 of the 36 duels).

Eredivisie Team of the Month 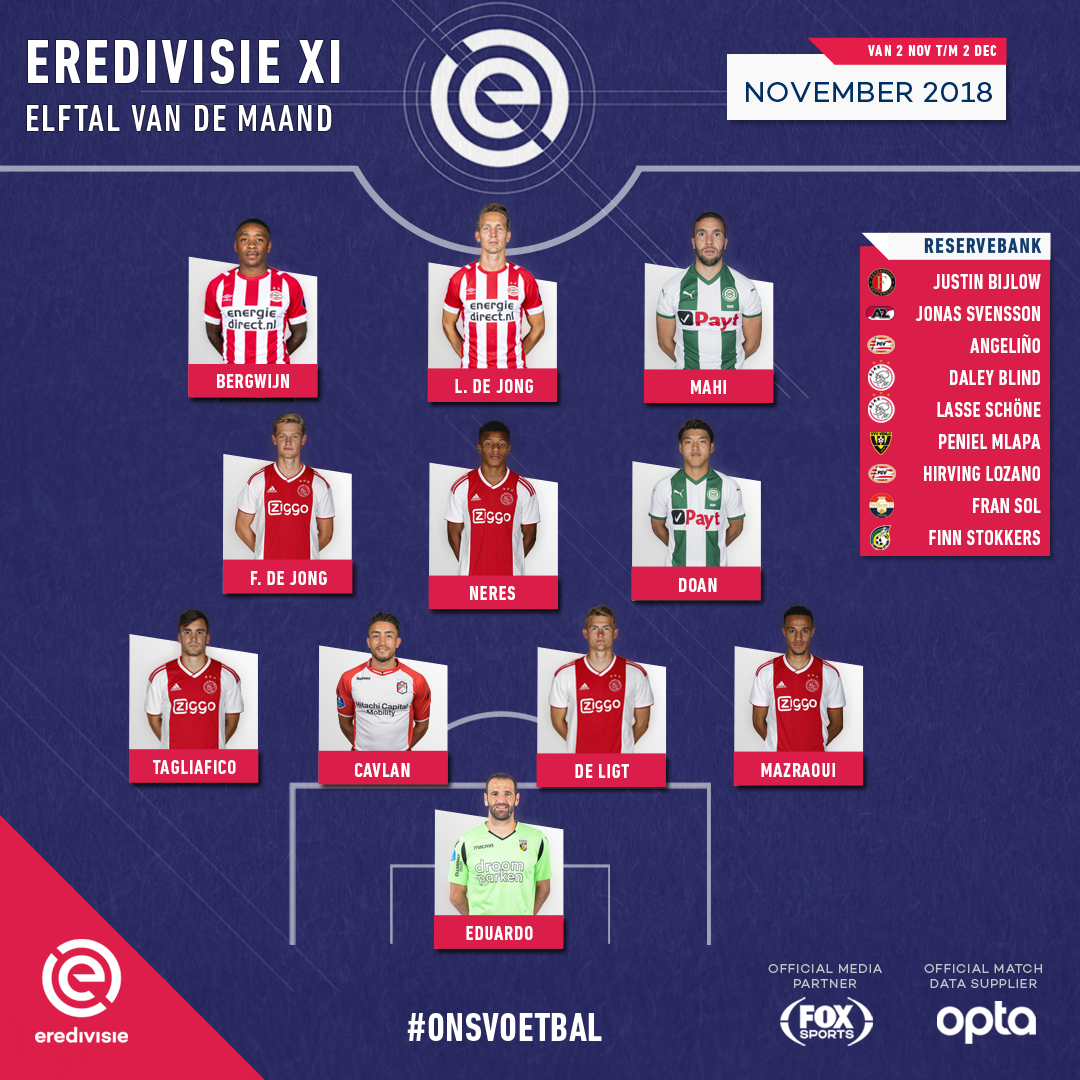 About the Election Player of the Month

This season the Eredivisie CV and FOX Sports have chosen to award trophy’s to the Eredivisie Player and Rookie of the Month. On the basis of match data statistics Opta Sports, players are individually assessed on the basis of 60 different statistics. From this result the best Player, Rookie and the Team of the Month arise. To be eligible players must have played at least two matches (150 minutes). The Rookie of the month may not be older than 21 years (at the start of the competition).