Mount would fit right in at Barcelona or Real Madrid, claims former team-mate

Chelsea starlet Mason Mount's rise to first team prominence in his first season back at Stamford Bridge has come as no surprise to two former team-mates in the Netherlands, with the England international being backed to join Barcelona or Real Madrid in the future.

Mount spent last season on loan in the Championship with Derby County having made 29 Eredivisie appearances for Vitesse in the 2017-18 campaign, scoring 13 goals.

Two of those he shared a dressing room with at the time were Mitchell van Bergen and Thomas Bruns, who still garner massive respect for the 20-year-old.

And Van Bergen, who has since moved onto Heerenveen, believes Mount would fit in at one of Spain's top two clubs with few issues.

I look at Chelsea matches more often because of him, he told NOS.

He got his chance there and took hold of it. And he's also knocking on the door of the English national team. That doesn't surprise me.

Mason is going to reach the absolute top. In the Premier League he will be a complete player and I see him eventually ending up at Barcelona or Real Madrid. I think he will fit there.

Bruns, who is currently on loan from Vitesse to PEC Zwolle, had something of a painful experience when it came to Mount's burgeoning talent, having regularly had to make way for the England international.

He does not hold a grudge, however, instead hailing Mount's ability with the ball at his feet.

The way in which Mason, for example, could put a ball behind the opponent's defence exactly in the path of a fellow player. It seems simple, but it is not. With actions like that, he distinguished himself from the rest," Bruns said. 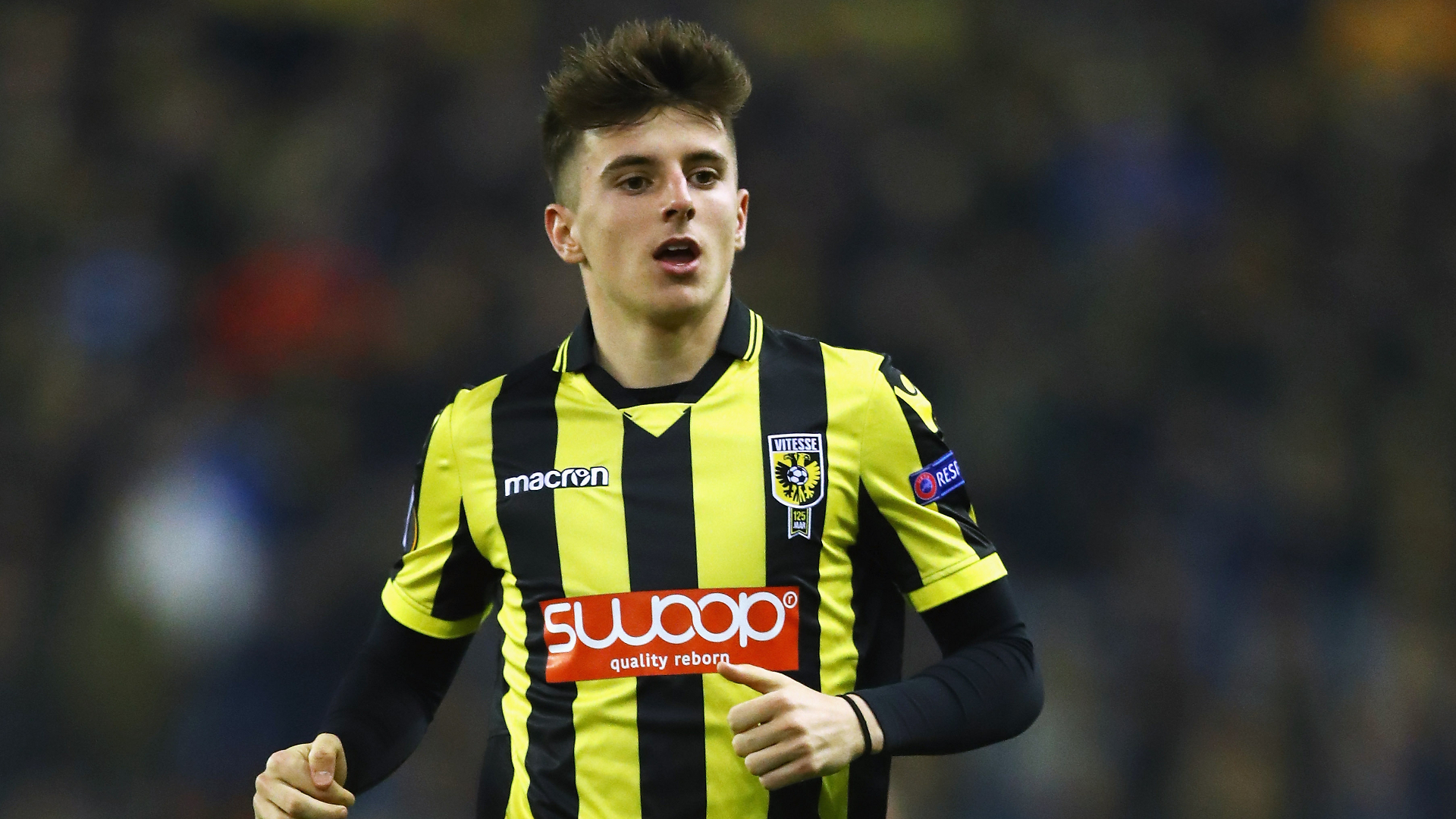 At that time it was of course disappointing, but not entirely illogical in view of his development. He almost always came up with something brilliant and gradually made his mark on Vitesse.

Mount, who returns to the Netherlands on Wednesday for Chelsea's Champions League clash with Ajax, has continued to impress after his return to England.

Blues boss Frank Lampard was aware of his talents as a junior coming through the ranks and quickly made a move to take him on loan when he was appointed as Derby manager in the summer of 2018.

Mount played a starring role as the Rams won through to the Championship play-off final before being pipped by 2-1 by Aston Villa to miss out on a Premier League spot.

How different things might have turned out had Derby won through and Lampard stayed in charge, but instead Maurizio Sarri left Chelsea for Juventus and Lampard returned to west London to take charge of the club where is the all-time leading goalscorer.

Since then Lampard has continued to fast track Mount, handing him his senior Chelsea debut on the opening day of the season at Old Trafford.

Mount has gone on to score four goals in nine appearances, resulting in an England debut against the Czech Republic earlier this month and a second cap off the bench in the 6-0 trouncing of Bulgaria.