The completely renewed eDivisie, that kicked off last Monday 11 November, had a spectacular start. With more than 550,000 views and an increase in YouTube subscribers of over 8,000 the strongly improved format and production paid off immediately.

Also, the matches that were played in the first two rounds stood out. Among other matches, the clash between FC Utrecht and Ajax, the derby FC Twente – Heracles Almelo and, in round 2, PSV – Ajax, the first two eDivisie days contained some huge fixtures.

“I DIDN’T BELIEVE MY EYES”

Backstage two teams await the signal of one of the ‘referees’. Once he nods, they enter the stage, surrounded by big LED screens, lights and lasers that create flashing light effects and to the sound of the roaring fans in the studio audience. “If you realize where the eDivisie comes from, where it started, you almost would not believe this.” says Ajax player Dani 'Hagebeuk' Hagebeuk, who is one of the internationally experienced players in the league. Bryan 'Heracles Bryan' Hessing, who represents Heracles Almelo, agrees: “The eDivisie started in a small studio in Amsterdam, where you could hear the commentator of the match next to you shout in your ear. A lot has changed since then.”

Both players have been representing their clubs since day one of the eDivisie and have seen the league develop. Dani: “It does not surprise me that the viewing numbers are good, but I did not expect these numbers. The ambitions from eredivisie and DreamHack with this expansion, clearly pays off.” Bryan adds: “Our viewers want to know what is happening during matches as soon as possible. That is why it is so important to broadcast this live. Also, having a live audience in the studio and an amazing stage are a huge improvement. Seriously, I did not believe my eyes when I walked into the studio for the first time!” 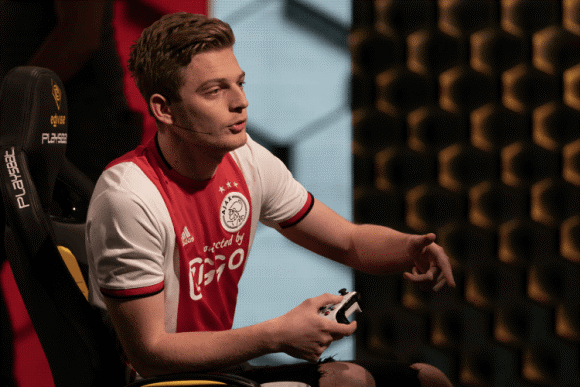 The relaunched eDivisie premiered with a spectacular tv production on two separate live streams on YouTube this Monday and Tuesday, November 11 and 12. Both live streams performed well above expected. Added together, the streams were watched over 550,000 times by almost 100,000 unique viewers. These viewers spent more than 5 million minutes watching the premiere of eDivisie. This means that every viewer spent on average more than one hour watching the premiere of eDivisie. Also, the viewers commented over 21,000 times to the streams. These results confirm the ambitions that the eredivisie and DreamHack expressed for the eDivisie.

The eDivisie can be watched every Monday and Tuesday between 5pm and 10pm via two live streams on the eDivisie YouTube channel (youtube.com/edivisie). Last Monday's live stream jumped to the top three trending on YouTube and the match PSV – Ajax was watched live by almost 10,000 people on Tuesday.

"After having witnessed the first two play rounds of eDivisie we are confirmed in the fact that we were right to believe in the huge potential this league and the FIFA community in The Netherlands has and we’re confident that we can build this even stronger,” says Sanne Faxoee, director of eFootball, DreamHack.

SPECTACULAR FIXTURES IN ROUNDS 3 AND 4

This Monday and Tuesday rounds 3 and 4 will be played and airing on YouTube from 5pm. Expectations are high for Tuesday’s ‘Match of the week’, as the top two league favorites face off in a true esports derby.

Ajax player Dani ‘Hagebeuk’ Hagebeuk and his English teammate Curtis ‘Paps’ Poole will face off against Heracles Almelo players Bryan ‘Heracles Bryan’ Hessing and Lev ‘Heracles Lev’ Vinken, who managed to qualify for the FIFA eWorld Cup last season. Besides this ‘match of the week’ big fixtures like PEC Zwolle vs. PSV and FC Groningen vs. Feyenoord are also battled out.