Mohammed Kudus is U21 Player of the Month

Mohammed Kudus can look back on an excellent month with Ajax. The victory over FC Emmen (4-0) secured the 35th national title, and there were further wins against Feyenoord (0-3), VVV-Venlo (3-1) and Vitesse (1-3). Kudus played in all four matches for the Amsterdam team.

The 20-year-old Ghanaian international scored twice in the last four rounds of play, but really stood out for his passes and dribbles. Kudus was successful with all eight of his dribbles and found a team-mate with 92.4% of his 132 passes, the highest pass completion rate of any player (with at least that many passes).

For Kudus, it is his first Player U21 of the Month award. He succeeds teammate Jurriën Timber, who received the award in April. 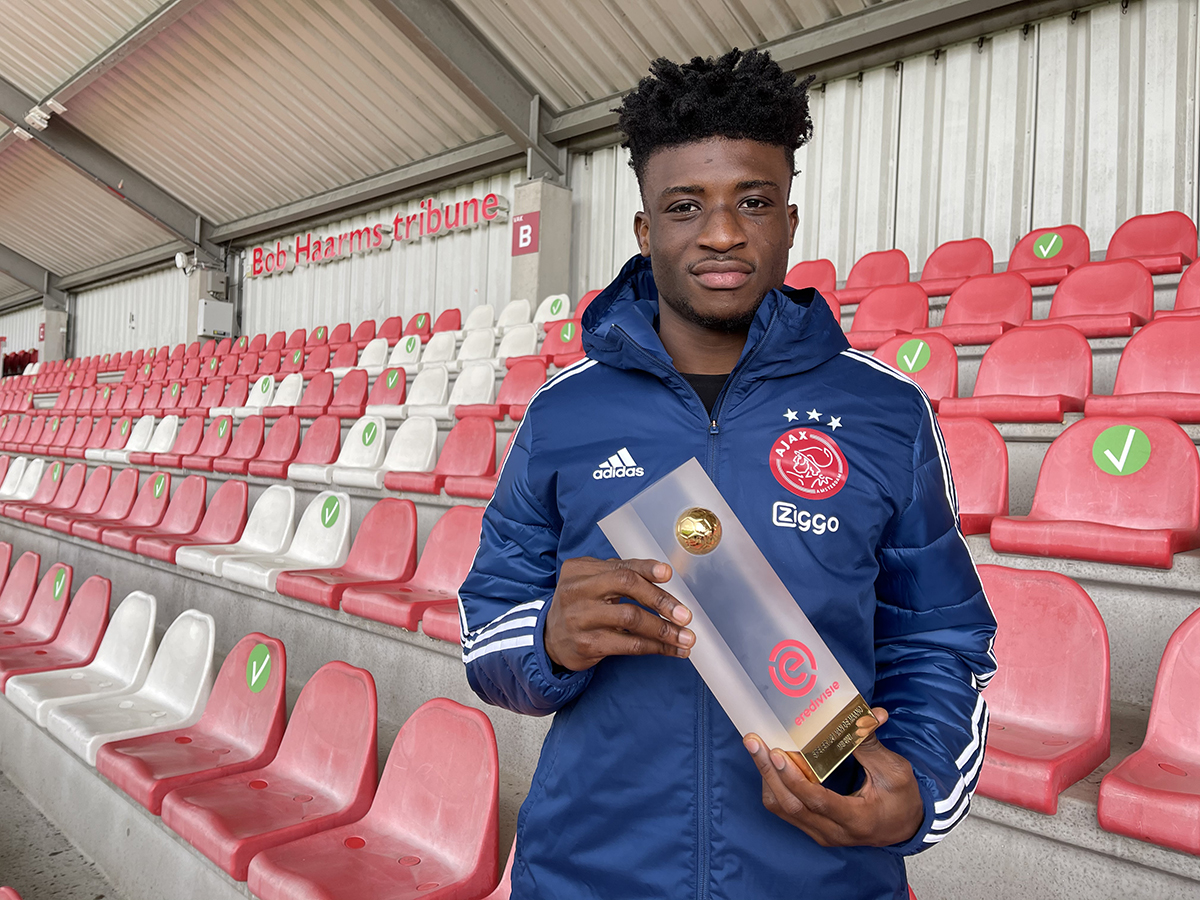