11 April 2018
A star turn at Camp Nou is reportedly keen to see the Ajax winger join him, but links to La Liga and Premier League giants have been shrugged off

Justin Kluivert is flattered by talk of Lionel Messi wanting him at Barcelona, but maintains that his focus remains locked on events at Ajax.

The 18-year-old burst onto the scene in Amsterdam last season, making his senior bow in January 2017.

Having made an immediate impression in Eredivisie and Europa League competition, it did not take long for transfer talk to be sparked around the talented winger.

A move to follow in the footsteps of his father Patrick has been mooted, with Barcelona among those closely monitoring his development, but Kluivert is paying little attention to reports suggesting that his services are wanted at Camp Nou by a five-time Ballon d'Or winner.

He told FourFourTwo: I'm not in contact with Messi, so I don't know if it's true.

Only he knows if that happened, but it's nice to hear.

My two main goals are winning the Eredivisie title with Ajax and then making my debut for the Netherlands, and of course to keep improving.

I want to improve on everything. I'm still young. I give everything in training and I also make a point of trying to improve even the things that already going well.

Kluivert has been handed a first call-up to the senior Netherlands squad by Ronald Koeman.

The youngster appears ready to take another step up in his career, having taken everything in his stride so far.

It is that maturity which also makes him so appealing to leading sides across Europe. 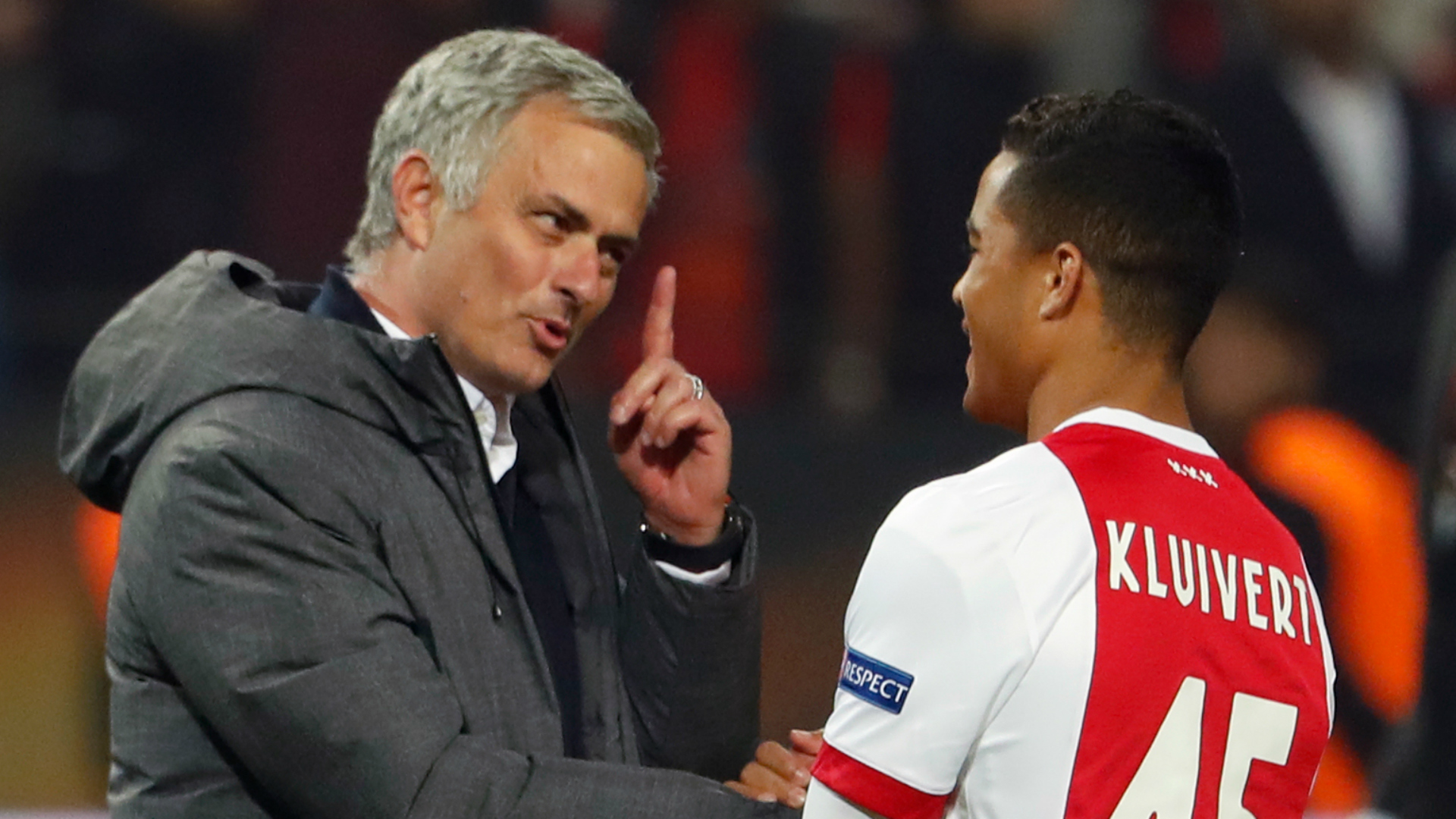 Manchester United are among those reported to be keen, but Kluivert insists that he did not discuss a future move to Old Trafford with Jose Mourinho following the Red Devils' 2-0 victory over Ajax in the 2017 Europa League final.

Quizzed on what was said, a man whose father was on the books at Barcelona during Mourinho's spell as assistant to Louis van Gaal revealed: He said it was nice to see me again after such a long time, because he had known me when I was a baby.

And he said it was nice to see that I was doing well.

Kluivert has enhanced his reputation further this season, netting seven goals and providing four assists across all competitions for Ajax.