Martin degaard named as Player of the Month for April

Martin Ødegaard has been named by the Eredivisie as Player of the Month. The attacking mid-fielder from Vitesse was the best performing player in April, in terms of statistics. Feyenoord left-back Tyrell Malacia took the prize for Talent of the Month.

Martin Ødegaard has made a great impression in the Eredivisie this season. The Norwegian, who is on hire from Real Madrid, has received much praise from football fans for his goals (6), assists (9), technical achievements and tricks. In April the mid-fielder from Vitesse maintained his position under the spotlights despite a difficult programme.

Ødegaard won with Vitesse against PEC Zwolle (4-1), played in a draw against AZ (2-2), PSV (3-3) and FC Utrecht (0-0) and lost with a small goal difference against list leader Ajax (4-2). The 20-year old mid-fielder scored one goal and managed three assists in these matches.

Ødegaard received the cup on Tuesday from FOX Sports reporter Hans Kraay jr. It is the first time that a player from Vitesse has won the Player or Talent of the Month prize.

Tyrell Malacia is Talent of the Month

Feyenoord left-back Tyrell Malacia has been named as Talent of the Month. The 19-year old player from Rotterdam has had a fantastic month with Feyenoord. The current number three in the Eredivisie won against sc Heerenveen (3-0), VVV-Venlo (0-3), Heracles Almelo (2-1), AZ (2-1) and NAC Breda (0-4). Malacia only shot three times in these matches but scored two goals.

This season, thirty of Malacia's 38 tackles were successful, with a success percentage of 79%, it is the highest number within the Feyenoord selection. The youth player from Feyenoord received the prize on Thurday from FOX Sports reporter Fresia Cousiño Arias. 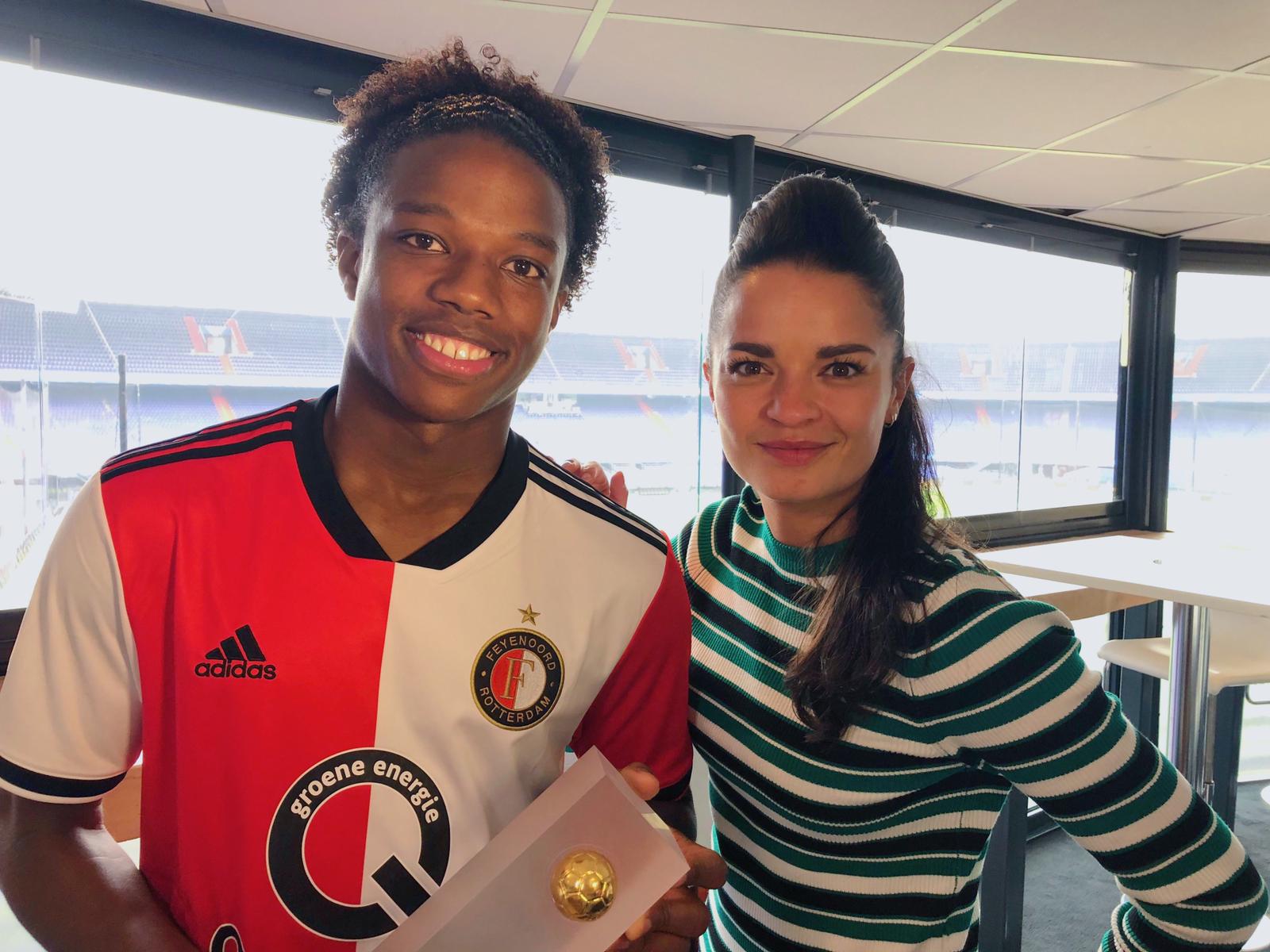 Feyenoord provides most players for Team of the Month

In the Team of the Month, based on individual player statistics, Feyenoord was the main supplier for the first time this season. With Sven van Beek, Tyrell Malacia, Jens Toornstra and Sam Larsson, the Rotterdam-based club provided four players. PSV were second, with two players: Denzel Dumfries and Luuk de Jong. 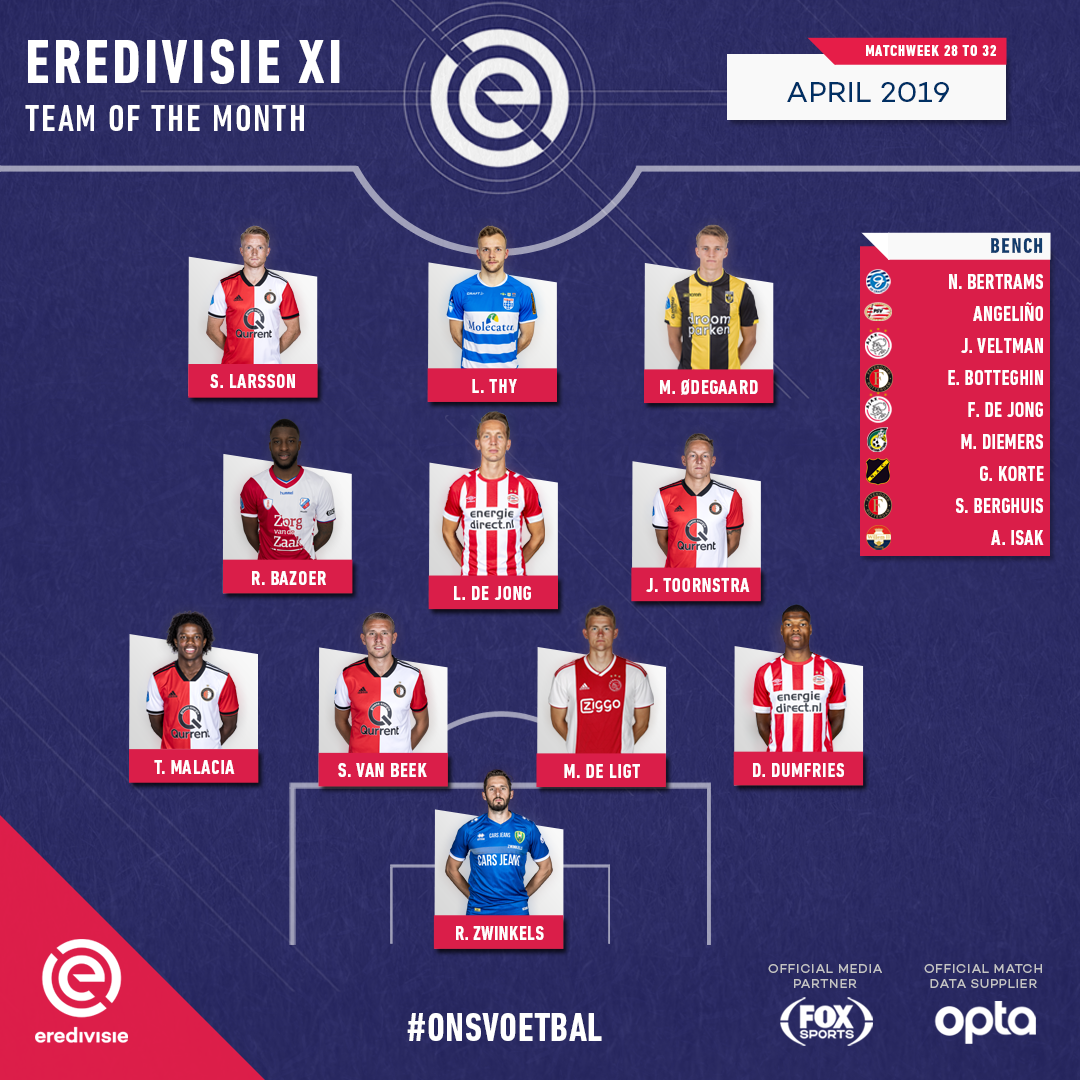 Ranking on basis of statistics

The prize for Player of the Month has been introduced this season and is an initiative from the Eredivisie CV in collaboration with FOX Sports and Opta Sports. The players are assessed individually on the basis of dozens of statistics. To be considered for a prize or a nomination in the team, a player must have played for at least two-thirds of the overall playing minutes. All players who were born on or before 01 January 1997 are eligible for the talent prize.