Jonas Svensson is Eredivisie's Player of the Month

AZ defender Jonas Svensson has been named the Eredivisie Player of the month (January). From the match data statistics of Opta Sports the 24-year-old full back appeared tohave performed the best, followed by Mason Mount (Vitesse) and Santiago Arias (PSV). Svensson is one of the key players behind the success of AZ, which is in third place after 20 game rounds.

Jonas Svensson was the first player to score a goal in the Galgenwaard in 2018. After 55 minutes, the former player of Rosenborg BK was in the right place at the right time to latch on to a corner by the Alkmaar team. The ball fell at his feet and he rifled it into the net leaving everyone else standing. 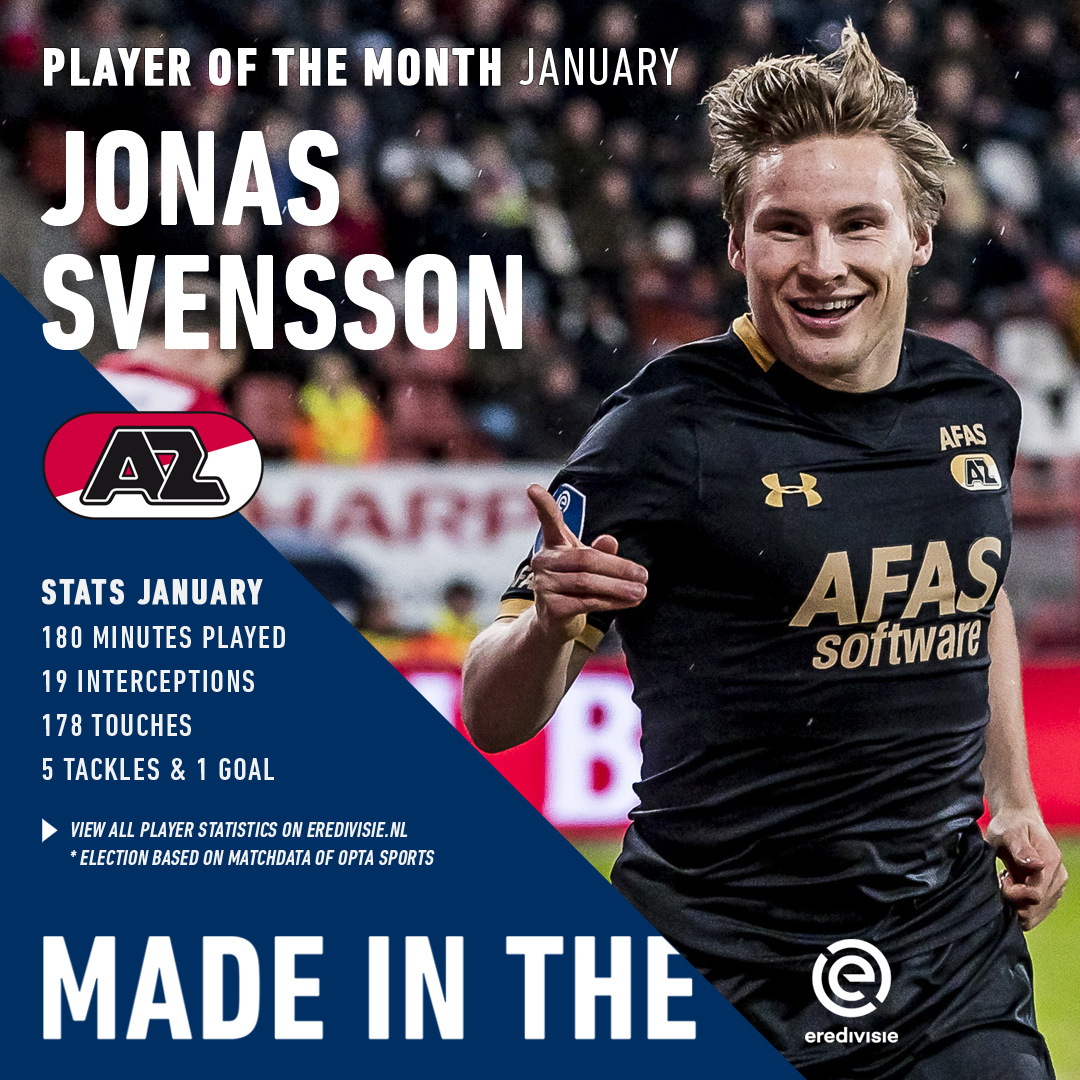 Since this season the Eredivisie CV and FOX Sports have chosen the 'Eredivisie Team of the season'. Players are individually assessed on the basis of 60 different statistics from Opta Sports. From this result the best Player, Rookie and the Team of the Month arise. To be eligible players must have played at least two matches (150 minutes). The Rookie of the month may not be older than 21 years (at the start of the competition).