Frenkie de Jong has been named by the Eredivisie as Player of the Season 2018/2019. The Ajax midfielder was the best performing footballer of the competition over 34 matches. PSV defender Angeliño is Talent of the Season. 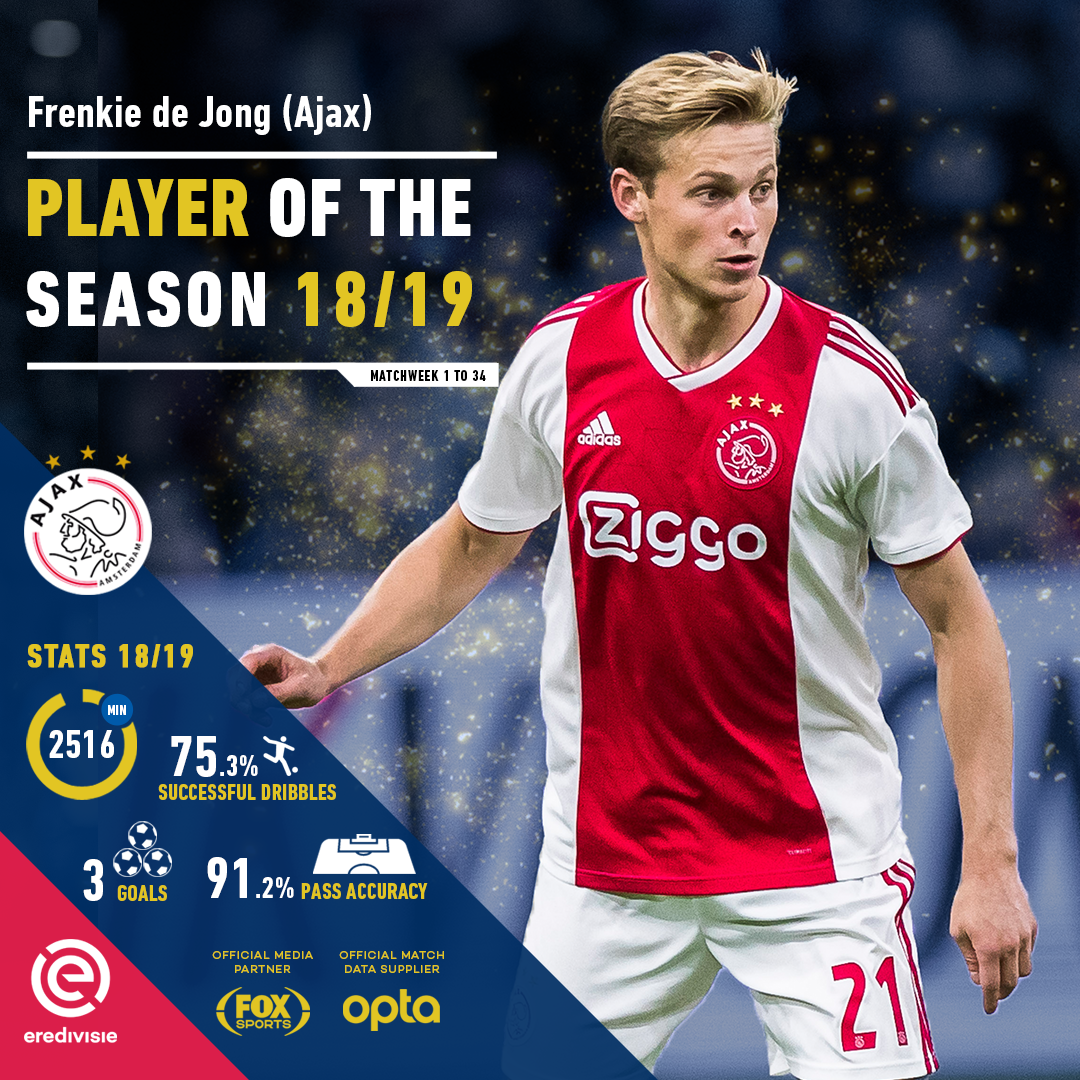 Throughout the season, the midfielder stood out for his dribbling with the ball - with a 75% success rate - as well as his passing accuracy of over 91%. According the statistics from Opta Sports, this contributed to him being De Jong the best player on the Dutch pitches this season. De Jong has won the prize for Player of the Month twice before. 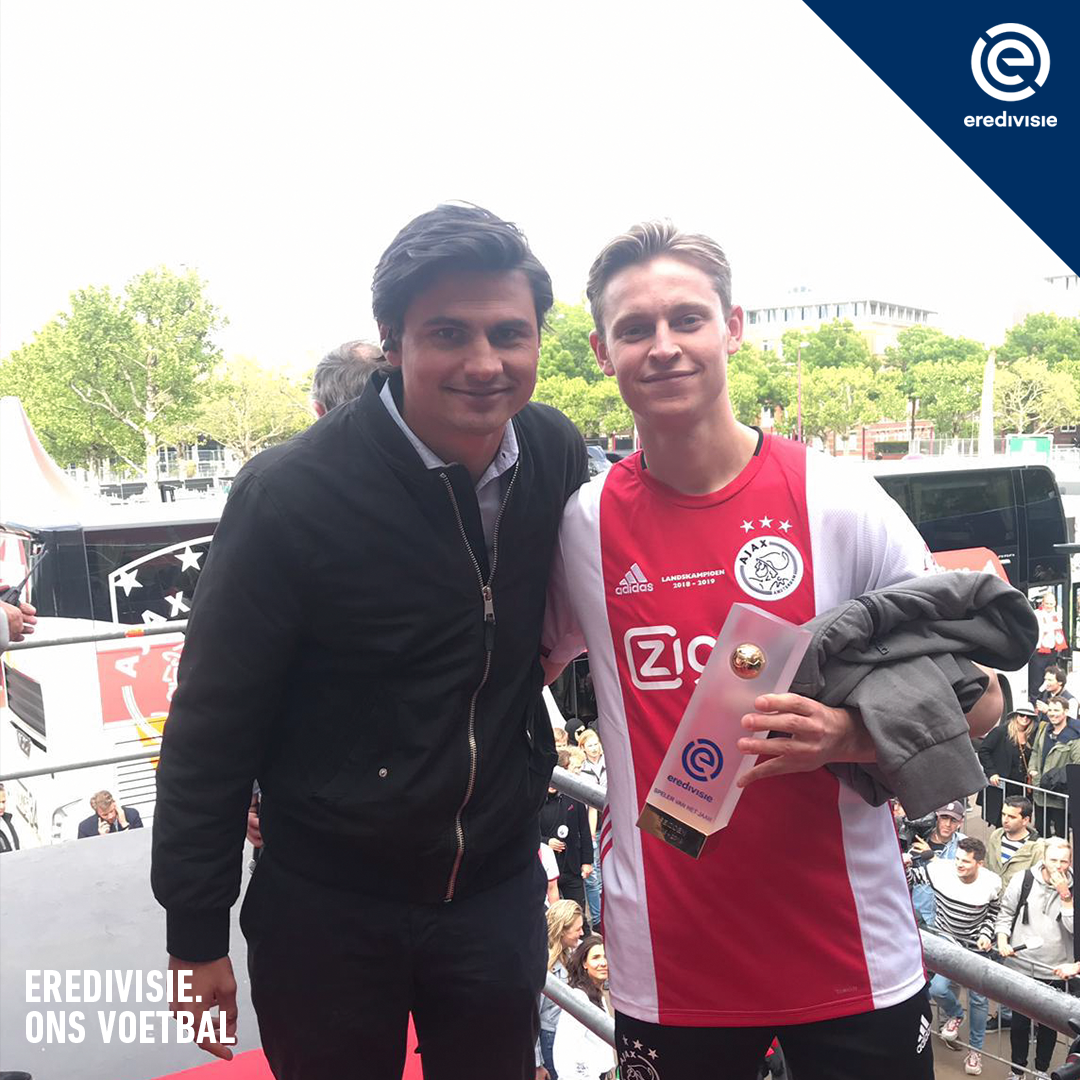 Angeliño named Talent of the Season

PSV defender Angeliño has been named Talent of the Season 2018/2019. The left-back made an impressive debut in his first season in Eindhoven. Angeliño owes the prize to both his defending and attacking skills. The Spaniard won 189 duels and created 68 chances. Angeliño was named Talent of the Month in September.

Ajax and PSV dominate in Eredivisie Team of the Season

Seven out of the eleven positions on the Eredivisie Team of the Season are filled by Ajax players. Three positions are filled by PSV, while Vitesse player Martin Ødegaard is the only player outside of the top two teams to have obtained a spot on the team. 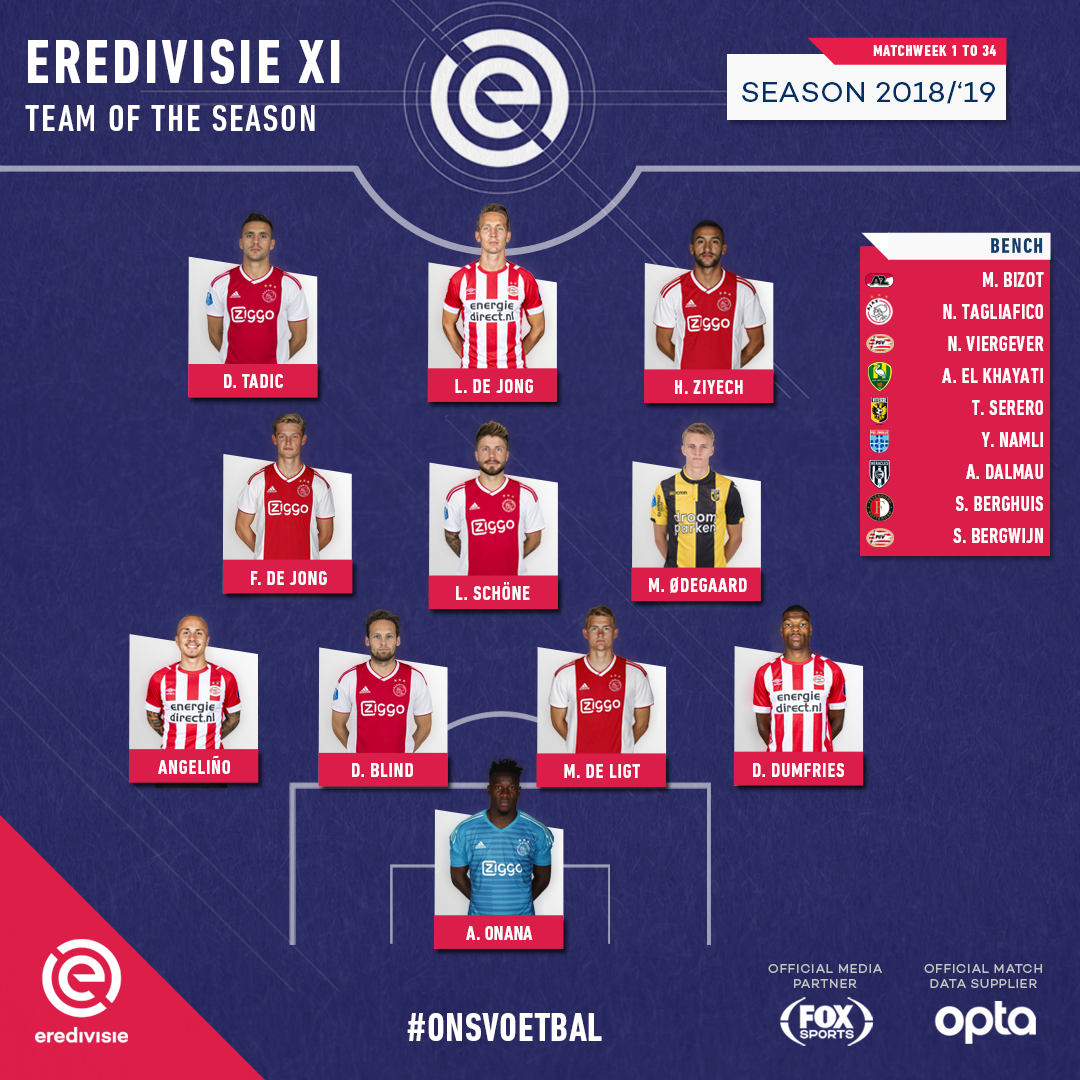 Ranking based on statistics

The prize for Player of the Month has been introduced this season and is an initiative of the Eredivisie CV in collaboration with FOX Sports and Opta Sports. The players are assessed individually based on dozens of statistics. To be considered for a prize or a nomination in the team, a player must have played for at least two-thirds of the overall playing minutes. All players who were born on or after 1 January 1997 are eligible for the talent prize.