In addition to a change of name and corporate identity, European Leagues which represent 32 Football Leagues across 25 countries launched a new Manifesto reaffirming and setting out the Leagues’ commitment to the future of European football.

As the voice of professional football leagues across Europe and the organisers of over 450 football matches every weekend the Manifesto sets out that the goal of European Leagues is “to protect and enhance competitive balance in professional league competitions for the good of the game, the players, the fans and the club” This is underpinned with a belief that all clubs, not just a few, must have the possibility to compete at the highest levels.

Speaking following the announcement, European Leagues President Lars Christer Olsson (picture) stated that the time was right to make these changes and also to reaffirm our mission and mandate.

“The EPFL acronym was a little bit cumbersome and not reflecting our DNA as competition organisers so changing to European Leagues makes complete sense for us and hopefully for the wider football community. More importantly this process of changing our name and corporate identity has given us the opportunity to reassess and reaffirm who we are and what do we stand for. Each Member League has today signed our new Manifesto.”

Recap video of the European Leagues Seminar and unveiling of the new coporate identity.

“Protecting and enhancing competitive balance in our professional football leagues is at the core of who we are. We believe that all our club’s not just a few should have the possibility to compete at the highest level. It is our firm view that as more and more money gets given to a small number of elite clubs, competitive balance is under thereat like never before. It is not good for our Leagues, it is not good for the vast majority of clubs and it is most certainly not good for fans.”

“What can we do about it? In our Manifesto we have outlined three main areas. Good governance principles for one. The essence of sporting merit and sporting ability as the deciding factor in winning or losing and finally a real commitment to the principle of Solidarity. There is a lot of talk about the equitable sharing of financial resources across clubs but the reality is the rich just get richer and we are determined that has to stop”.

With the name change www.europeanleagues.com will now be the official website along with @europeanleagues as the new Twitter handle. 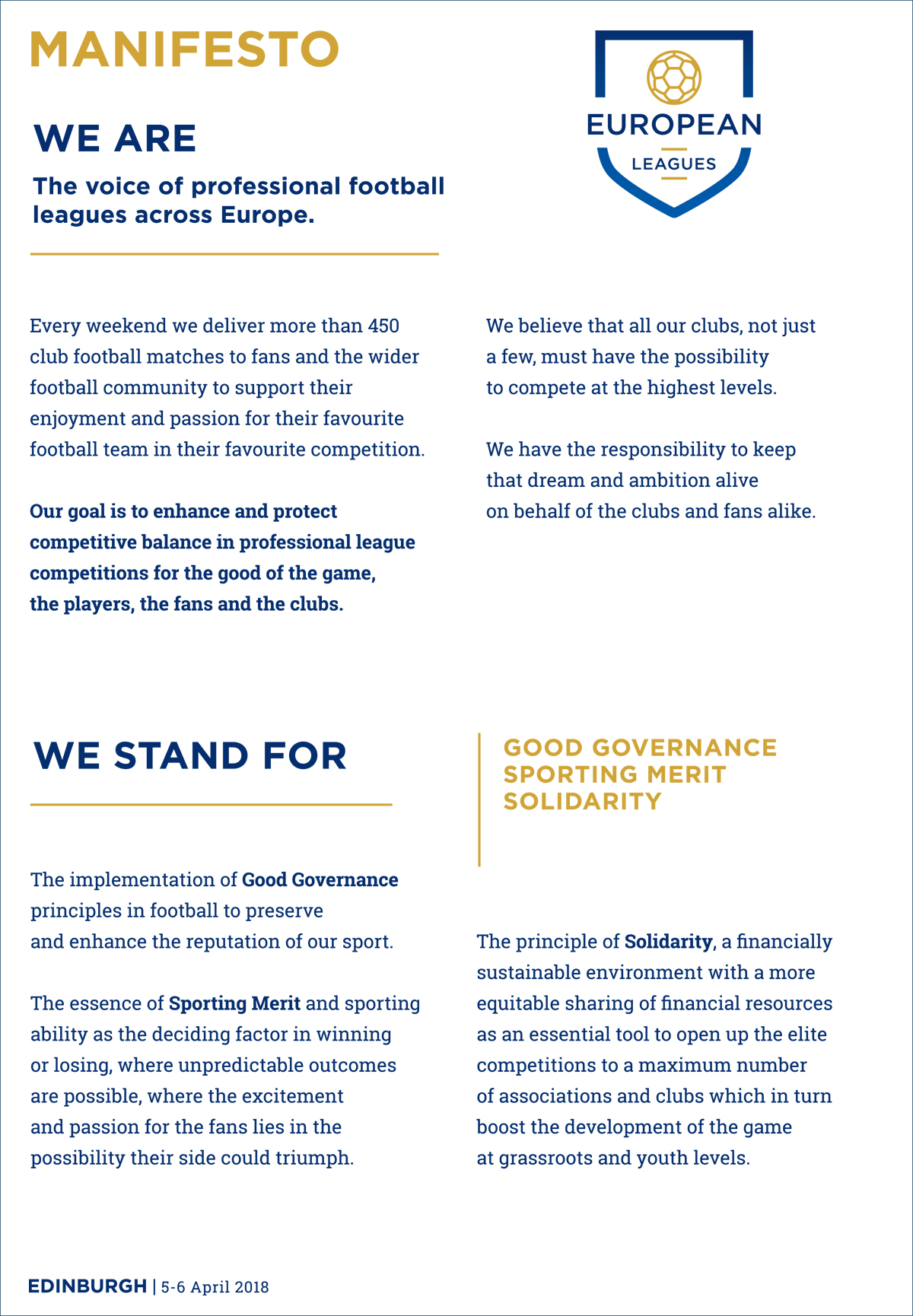