Today the second season of the Dutch eDivisie kicks off with a renewed format. Starting from Season II, the top 4 of the regular season qualifies for the eDivisie Finals in stead of the top 2 and the away goal rule will not be applicable anymore. With this updated ruleset the battle between 18 eredivisie clubs starts once more. The stakes? Defending the pride of your club, the champions trophy and a stunning € 50,000 in prize money.

After the season's climax in AFAS Live, Amsterdam on February 15th, where PEC Zwolle received the champions trophy and € 25,000 in prize money while celebrating in front of around 2,000 fans, Season II offers € 50,000 in prize money again. Today the first of seventeen match rounds will be played.

In Season II the ruleset is slightly changed. After the regular season (17 match rounds over eight weeks) the top 4 clubs qualify for the eDivisie Finals, which is planned for May 9th. The numbers five until twelve decide which four of them qualify for the eDivisie Finals in a Playoff round. Also, the away goal rule is no longer used in Season II.

It will be a spectacular first week in the eDivisie Season II, with among other matches two derbys today (PSV - Willem II and Feyenoord – Sparta Rotterdam) and tomorrow the match of all matches: Ajax – Feyenoord.

Especially the clash between Ajax and Feyenoord (which is commonly known as 'the Classic Match') promises to bring some lightning in the studio. In eDivisie Season I Ajax won the clash between the two giants. Dani 'Hagebeuk' Hagebeuk, who represents Ajax on Xbox, is looking forward to the encounter: "On the pitch, but also in the eDivisie, the Classic Match is an immensely important match. In Season I my team mate Curtis 'Paps' Poole and myself beat Feyenoord, and we absolutely have to repeat that success tomorrow."

Jimmy 'YimmieHD' Donkers, representing Feyenoord on PlayStation, cannot wait to play the probably biggest game of the season: "Everybody knows that this is an important match for us. We have to make up for what we showed last season against Ajax, so we will use the coming days to prepare ourselves to beat them this time." 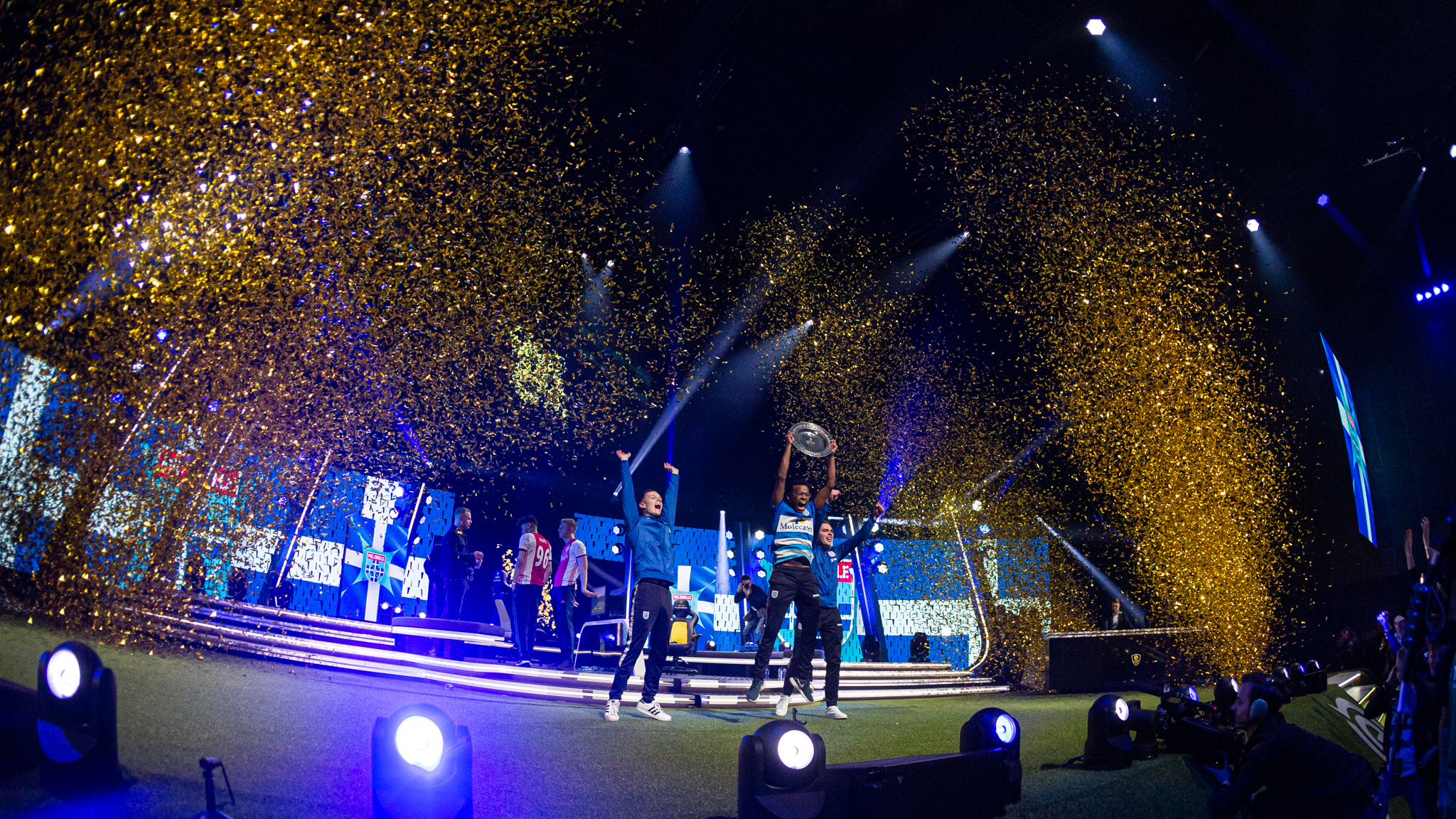 On Monday the following matches are planned:

On Tuesday the following matches will be played:

All matches can be watched live on the eDivisie YouTube channel (YouTube.com/edivisie).