The edivisie's third season starts on Tuesday 13 November. In an updated competition format, esports players from the 18 Eredivisie clubs will compete for the Dutch championship in FIFA 19 Ultimate Team. With a new format and an even stronger list of participants, the edivisie is entering a promising season once more. The edivisie can again be watched on FOX Sports this season.

The edivisie is introducing a new competition format this year. A tournament format with a group phase, play-off pool and knockouts means that the esports competition will remain exciting throughout the season. The group phase consists of three pools of six clubs who each play two matches against one another. The first and second ranking teams go through to the knockout, whilst the numbers three and four compete in an extra play-off pool for the last two places. The eight clubs that qualify for the knockouts will compete for the title. The pool allocation for the group phase will be determined on the basis of a draw.

This season all competitors will have all players in FIFA 19 Ultimate Team at their disposal, which will create even more opportunity for competitors’ to build their customized ultimate team. 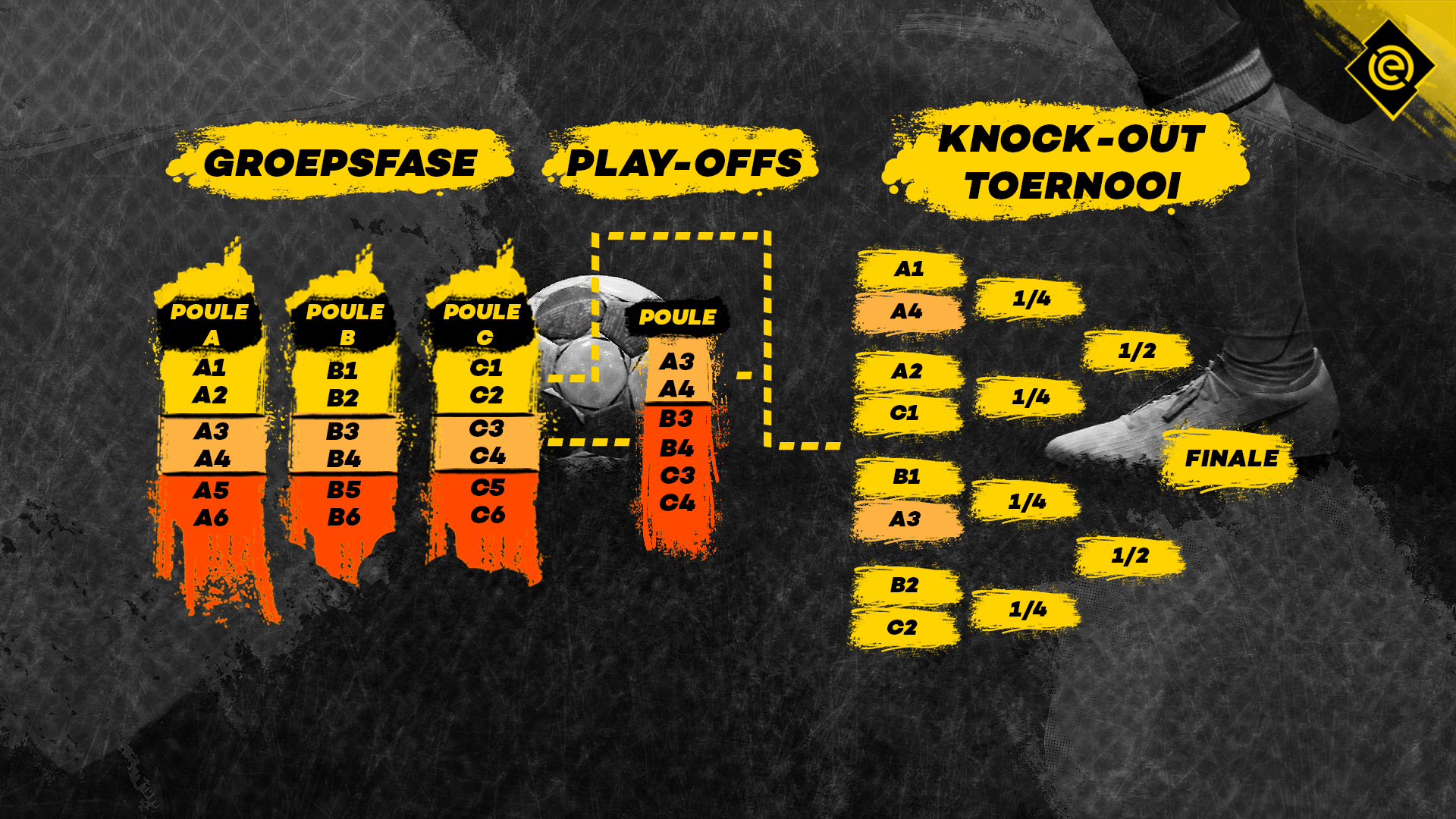 The edivisie will feature eight new names in the first half of the season. PSV has the first foreign player in the edivisie: Stefano Pinna. The 21-year-old Belgian was a finalist in the 2018 FIFA eWorld Cup Final and winner of the PlayStation group at the event.

An edivisie playing day will be broadcast every Tuesday, Wednesday and Thursday between 15:30 and 17:30 on FOX Sports 1. The matches will also appear on YouTube after 24 hours. An episode of Studio edivisie will also be broadcast every Friday at 15:30. In this talk show Fox Sports presenter Fresia Cousiño Arias will be looking back at the matches with well-known YouTubers. The first Studio edivisie is scheduled for Friday 9 November with a look ahead to the new season and the draw for the pool allocation.

Part of the FIFA 19 Global Series

The edivisie will be played on both the PlayStation 4 (first half of the season) and Xbox One (second half of the season). The winners of both competitions will meet at the end of the season for the national championship. Together with their performance at other events, players will have the opportunity to qualify for the Global Series Playoffs on the Road to the FIFA eWorld Cup 2019. This global competition will crown one player as the best FIFA 19 player in the world.

The edivisie was a great success last season. Match and event videos were viewed a total of over 16.3 million times. The edivisie is an initiative of Eredivisie CV in collaboration with the 18 Eredivisie clubs, EA SPORTS™ and Endemol Shine Nederland and is supported by KPN, FOX Sports and Radio 538.