On Wednesday 2nd May, FOX Sports Eredivisie will be all about the final showdown in the edivisie. Who will claim the Xbox One title: Feyenoord Rotterdam, AFC Ajax or Heracles Almelo? On 11th May, the winner will compete against PSV Eindhoven's Ali Riza Aygün for the national championship title during the eTribune, a special edivisie live broadcast. Both winners will automatically qualify for the EA SPORTS FIFA 18 Global Series Playoffs on the Road to the 2018 FIFA eWorld Cup Final this August.

As they are entering the last gaming round, esports players Jaey Daalhuisen (Feyenoord Rotterdam) and Dani Hagebeuk (AFC Ajax) have an equal number of points. However, Daalhuisen has a better goal difference (+28 compared to +26). He will be competing against the current number 11 in the edivisie, Niels Krist of SC Heerenveen. Hagebeuk will be competing against Levy Frederique (Excelsior Rotterdam), while - at least on paper - Bryan Hessing (Heracles Almelo) has little chance to win the title. Hessing has to win against Frank van der Slot (Sparta Rotterdam), and it's essential for him that neither Feyenoord nor Ajax score points.

The final showdown of the second half of the season will be broadcast by FOX Sports Eredivisie on Wednesday 2nd May from 4 pm (CEST). Half an hour later, everyone will know who takes home the Xbox One title. The broadcast will be in the capable hands of Simon Zijlemans, while Raoul de Graaf, Bas van Velzen and Koen Weijland will provide the commentary for the matches. 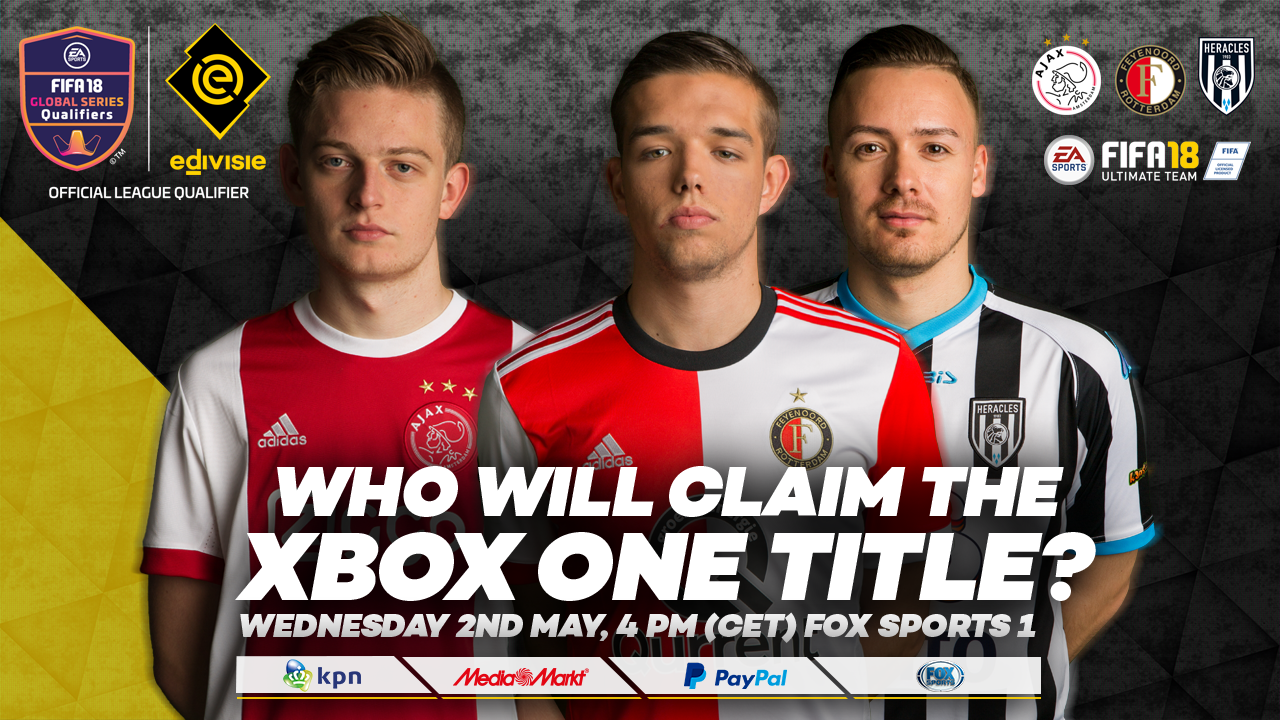 The winner playing on the Xbox One can prepare himself for the ultimate champion's match. On Friday 11th May at 7 pm (CEST), the Xbox One titleholder will be competing against PSV eSports player Ali Riza Aygün, who became champion playing on the PlayStation 4 during the first half of the season. They'll be playing two matches to find out who takes home the edivisie champion's trophee. The matches can be viewed live on both TV and online during a special broadcast of the eTribune, in which presenter Jan Joost van Gangelen gets together with the esports players, the famous shoutcasters and other guests to look back at the second edivisie season.

The edivisie matches have received more than 15 million views so far, with around 50,000 views per match. During the first season, the average was 30,000 views per match. The competition grows as players look to win the title and earn their spot in the pinnacle event – the 2018 FIFA eWorld Cup Final this August. During this tournament, the best esports players in the world get together in FIFA 18 Ultimate Team to compete for the world champion title.

Thanks to the renewed partnership between the Eredivisie CV and EA SPORTS™, the two best Dutch esports players automatically qualify for the FIFA 18 Global Series Playoffs, which is the qualifying moment for the 2018 FIFA eWorld Cup. During this qualification tournament, the champions of other official leagues, such as the eMLS (USA), e-Ligue 1 (France) and the Virtuelle Bundesliga (Germany), get together with other eSports and competitive FIFA players from around the globe to compete for the final places. 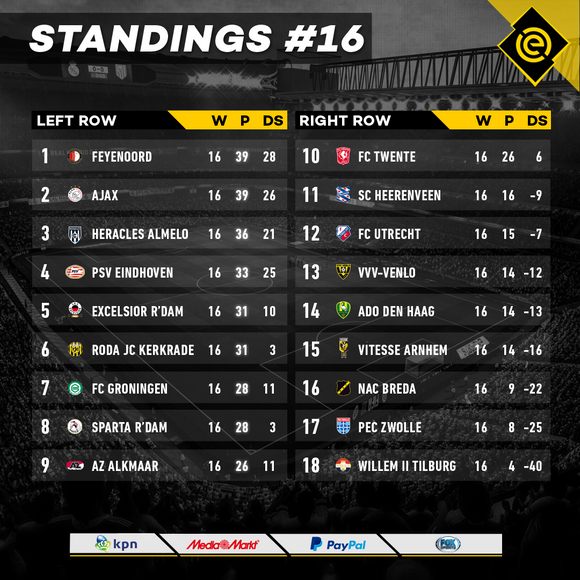