One big-money deal is already in place to take one of Dutch football's most exciting talents from Amsterdam to Catalunya., with Barca having reached a €75 million (£65m/$85m) agreement with Ajax for the summer.

That may not be the only business they conduct with the Eredivisie outfit, with teenage defender De Ligt another of those to figure prominently on the transfer radar at Camp Nou.

Onana, who spent time with Barca before linking up with Ajax in 2015, claims a club colleague has expressed to him a desire to head for La Liga.

He has said of the highly-rated 19-year-old centre-half: "De Ligt would also like to go, I talked to him several times and with both of them."

Cameroon international goalkeeper Onana added on De Jong: "He is young and can always improve, he has a lot of room for improvement."

While De Jong's future definitely lies in Spain and De Ligt's may well do too, for now their focus is locked on events at Ajax. 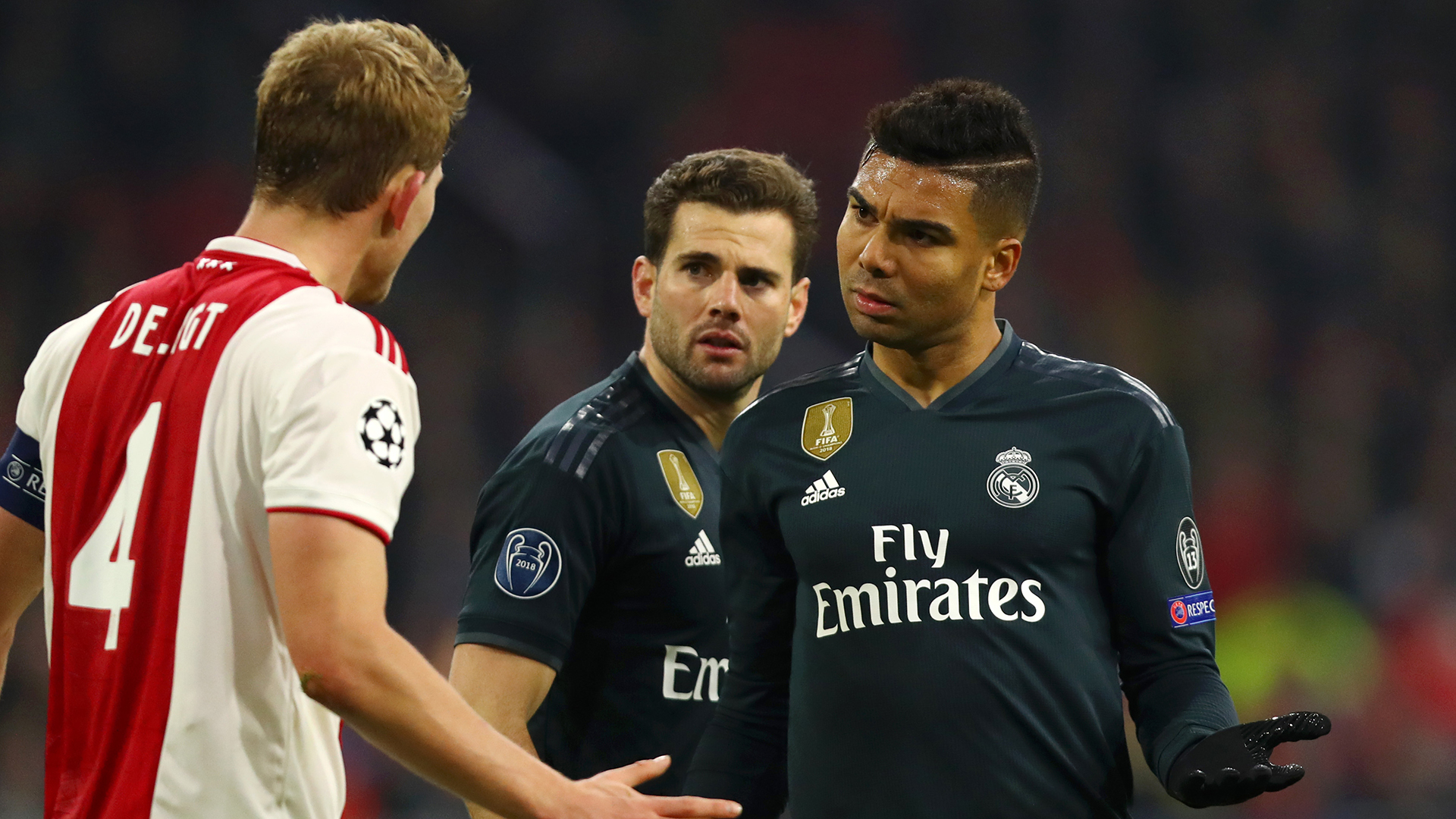 Their most recent outing saw them face La Liga opposition in the form of Real Madrid.

And it proved a controversial Champions League last-16 encounter at the Johan Cruyff Arena on Wednesday, as Madrid claimed a 2-1 win.

The visitors prevailed with assistance from important VAR calls, with Nicolas Tagliafico seeing one effort ruled out after Dusan Tadic was deemed to be offside and interfering with play.

Ajax felt hard done by at the final whistle, with Karim Benzema and Marco Asensio having netted either side of a leveller from Hakim Ziyech.

Onana said of a frustrating evening and the role played by technology: "These are things that are not in our hands. What the referee decides we cannot change, so we have to pick our heads up.

"We are angry, but that's football, there are things we cannot control and this is one of them.

"We dominated the game, we had chances, but it's difficult to beat Real Madrid with the players they have.

"The result is unfair, but we will go to the Bernabeu and give everything.

"If they win against us, it will be because they are better, not because we are afraid of them."

Ajax are due in the Spanish capital for the return date of their meeting with Real on March 5.