De Jong: I never doubted I could play alongside Messi & Suarez at Barcelona

25 December 2019
The 22-year-old Netherlands international initially struggled for form after moving from Ajax in the summer, but he now feels well settled in

Barcelona midfielder Frenkie de Jong says he never doubted he would be able to make the step up after joining the Catalan champions from Ajax this summer.

The 22-year-old made the switch from Amsterdam after playing a starring role in the Eredivisie side's run to the Champions League semi-finals last year, though he did take some time to adapt to his new surroundings in La Liga.

But Barca will spend Christmas two points clear of Real Madrid at the top of the table, and unbeaten in 10 games in all competitions with De Jong settling in nicely.

I had actually expected that the step up from Ajax would not be that big, he told De Telegraaf.

I know what level we achieved last season.

There is even more quality here; I play with even bigger players, some of whom are of course very special due to their exceptional qualities, such as Lionel Messi, Luis Suarez and Sergio Busquets.

Despite those big names, I never doubted I could make the step up."

De Jong endured some shaky form at times early in the season, as manager Ernesto Valverde struggled to find the right balance in midfield.

Despite this, he has played in every game in the league and Champions League, only starting from the bench on three occasions. 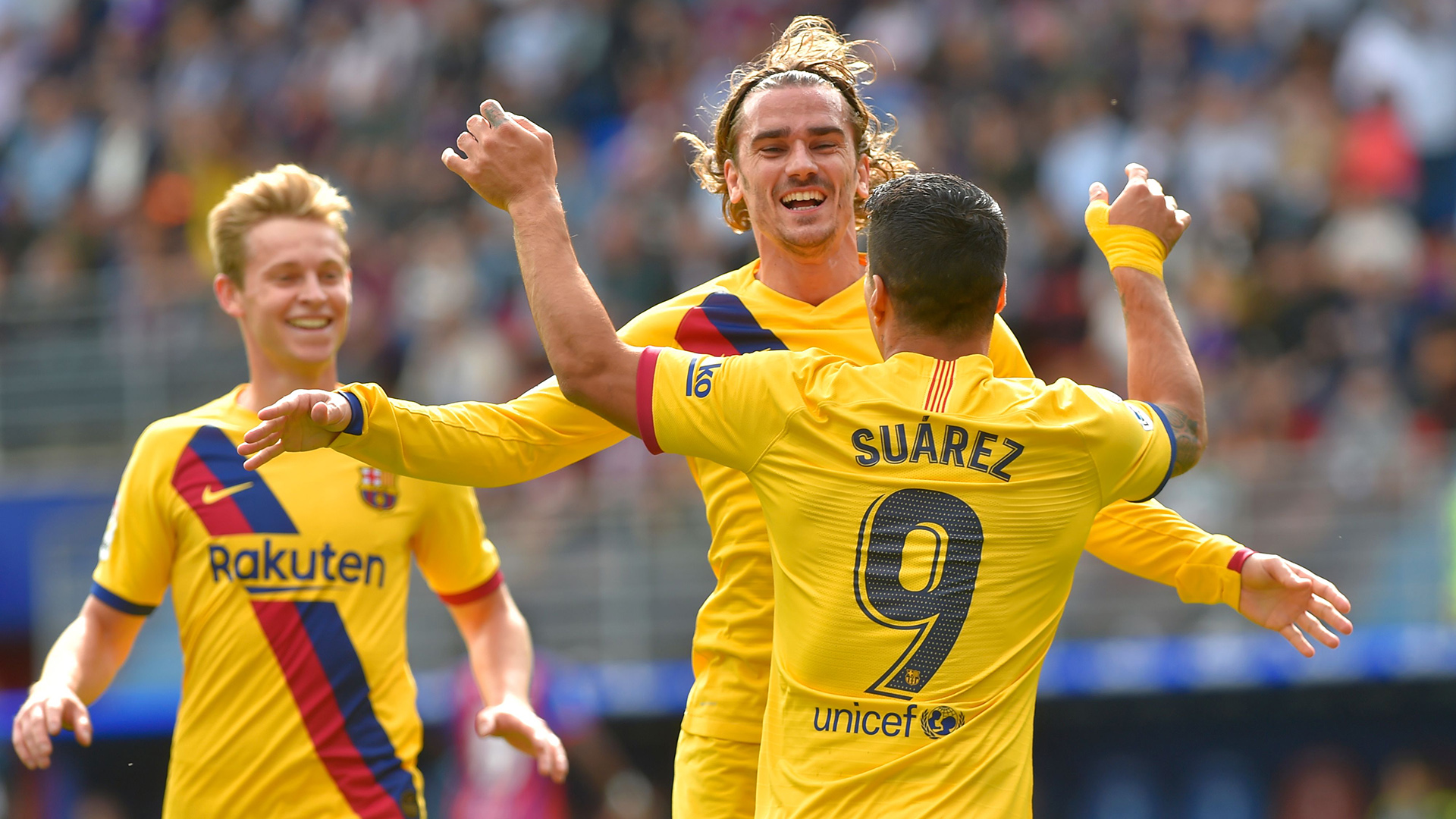 I have been here in Barcelona for almost half a year now and the playing time is just great, he added.

I have been able to play a lot and I am very happy with that.

Every minute on the pitch feels like a bonus. I enjoy it every day; every time I go to training, I feel comfortable.

Everything at Barca is really great and I realise that. As a team we aren't playing badly, but we have to do better.

Every now and then we are a bit too unsure on the ball. Sometimes our football is very beautiful, and then a game later you ask yourself where that good form and good feeling has gone.

I am very satisfied in general.

If you look back, it has been an insane year, he admitted.

The last seconds of the semi-final against Spurs have been haunting me for a long time.

Our elimination still feels unjust and unnecessary. Our good performances and the resounding victories at Real Madrid, Juventus and away at Spurs should have been crowned with the Champions League final.

Then 2019 would have been perfect, because nobody thought that a Dutch team could ever get that far.