29 August 2019
One man to have swapped life at Ajax for that in Spain, but at Barcelona, believes a former team-mate would be a shrewd addition for new arch-rivals

Barcelona new boy Frenkie de Jong believes Donny van de Beek is more than good enough to link up with Real Madrid, but would prefer not to see a former Ajax team-mate join him in Spain just yet.

The Netherlands international has already trodden the path from the Eredivisie to La Liga this summer.

De Jong agreed a big-money switch to Camp Nou in January, before seeing Matthijs de Ligt opt against following his lead by choosing to link up with Serie A champions Juventus.

Van de Beek is the latest Ajax star to have generated transfer talk, with the 22-year-old midfielder admitting to registering on the recruitment radar of those at the Santiago Bernabeu.

De Jong is not surprised by the interest, telling ESPN FC: I would prefer him to stay at Ajax because I wouldn't have him as an opponent and Ajax would stay strong.

But, no, of course, when it's all settled, and if he moves to Madrid, I am really happy for him. I think he deserves it. He's a great player. Then I will go see him in Spain!

Were Van de Beek to make a move to Madrid, then he would join a squad that already includes World Cup winner Toni Kroos and Ballon d'Or holder Luka Modric.

While competition for places would be fierce, De Jong believes a former colleague would hold his own.

He added: I am pretty sure he has the ability.

I think he showed it last season in the Champions League, especially in the knockout rounds.

I think he has shown to the world and everyone in Europe he has the ability to play at that level. 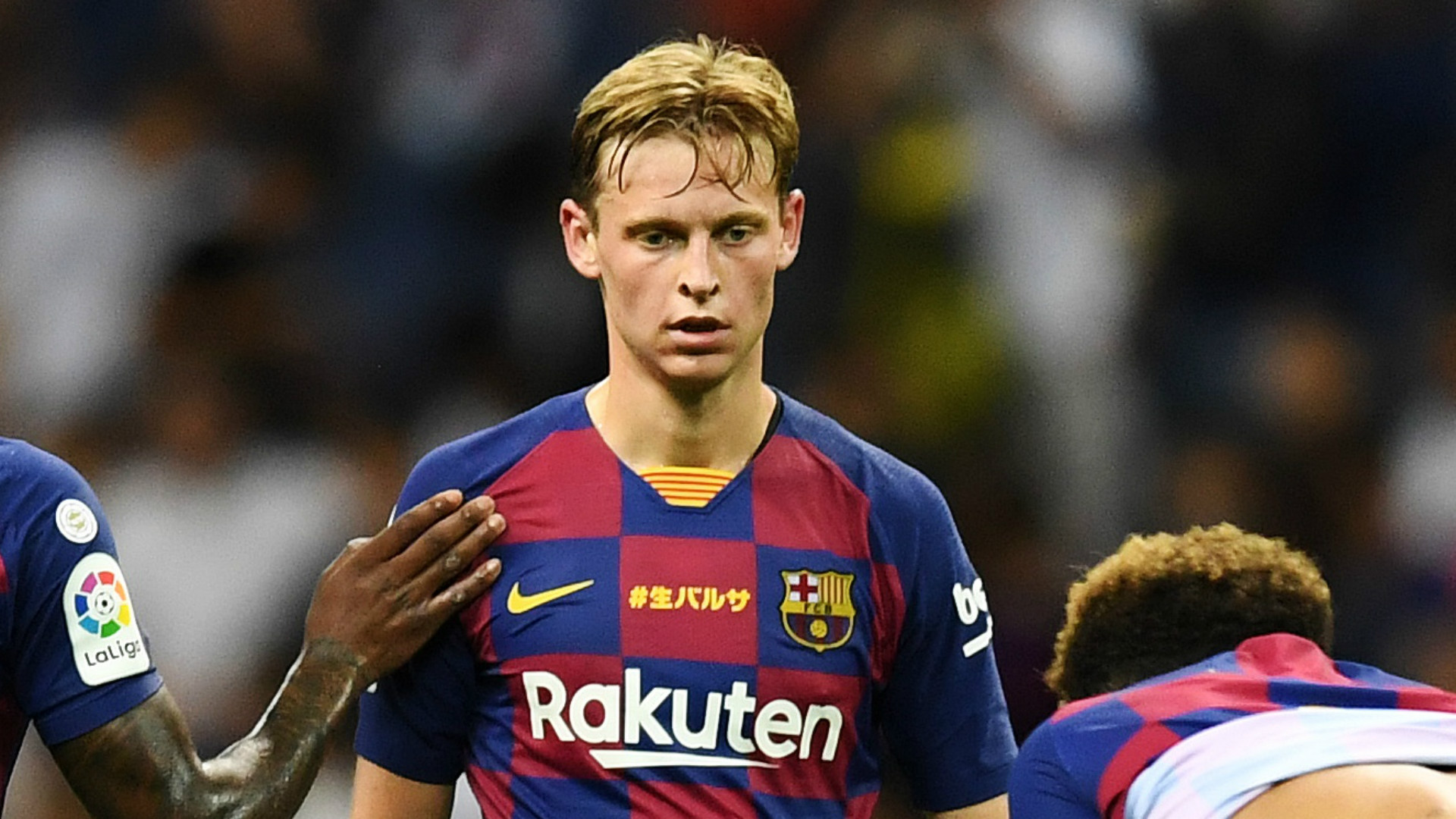 Ajax would be reluctant sellers were Van de Beek to make his way out of Amsterdam, with the Dutch giants seeing an exciting young squad broken up.

They made the semi-finals of the Champions League last season, with De Jong admitting it is sad to see a squad with so much promise forced apart as top talent is cherry-picked by leading sides across Europe.

He added, with there no regrets on his part at having left the Dutch title winners: I am really proud of the season we had and I am proud to see guys making big movements - I think they all deserve it.

But of course I feel a bit sad - not that I regret it because I am really proud and happy to be [at Barcelona] - but of course it's a bit sad that the team is breaking up.

But you know that those things are going to happen when you have a season like that at a club like Ajax. It's just the way it is.