25 January 2019
The midfielder sealed a €75 million switch on Wednesday and will join the Catalan club at the end of the season, but was linked with moves elsewhere

Frenkie de Jong has revealed he spoke to both Paris Saint-Germain and Manchester City before deciding to sign for Barcelona.

The La Liga giants completed the signing of De Jong on a five-year contract from Ajax for €75 million (£65m/$85m) on Wednesday, although he will not link up with his new side until the end of the season.

There has been consistent speculation linking the 21-year-old with all three clubs, but De Jong says a switch to Catalonia was his dream move.

I am happy, proud and also somewhat relieved that it's now all behind us, De Jong told NOS.

"I spoke to PSG, yes. I rang Maxwell to tell him I was not joining them and my agent informed PSG. I also spoke with Guardiola about a move to Man City. Clubs all try to convince you when they want you. I am happy and proud that they did so much to get me.

"Barcelona have wanted me for a long time, they already tried to sign me last year. But they also have their financial situation, they can't just spend loads of money."

De Jong joins a long list of players to have made the switch from Ajax to Barca, following in the footsteps of the likes of Johan Cruyff, Ronald Koeman, Patrick Kluivert, Frank de Boer.

His new team-mate Luis Suarez, who is the Catalans second-top scorer of all time, also excelled at the Dutch club between 2007-11.

Barcelona have always been a dream club for me," De Jong continued. "The fact that they were so serious about getting me and that I have a good chance of getting playing time made the decision a bit easier. 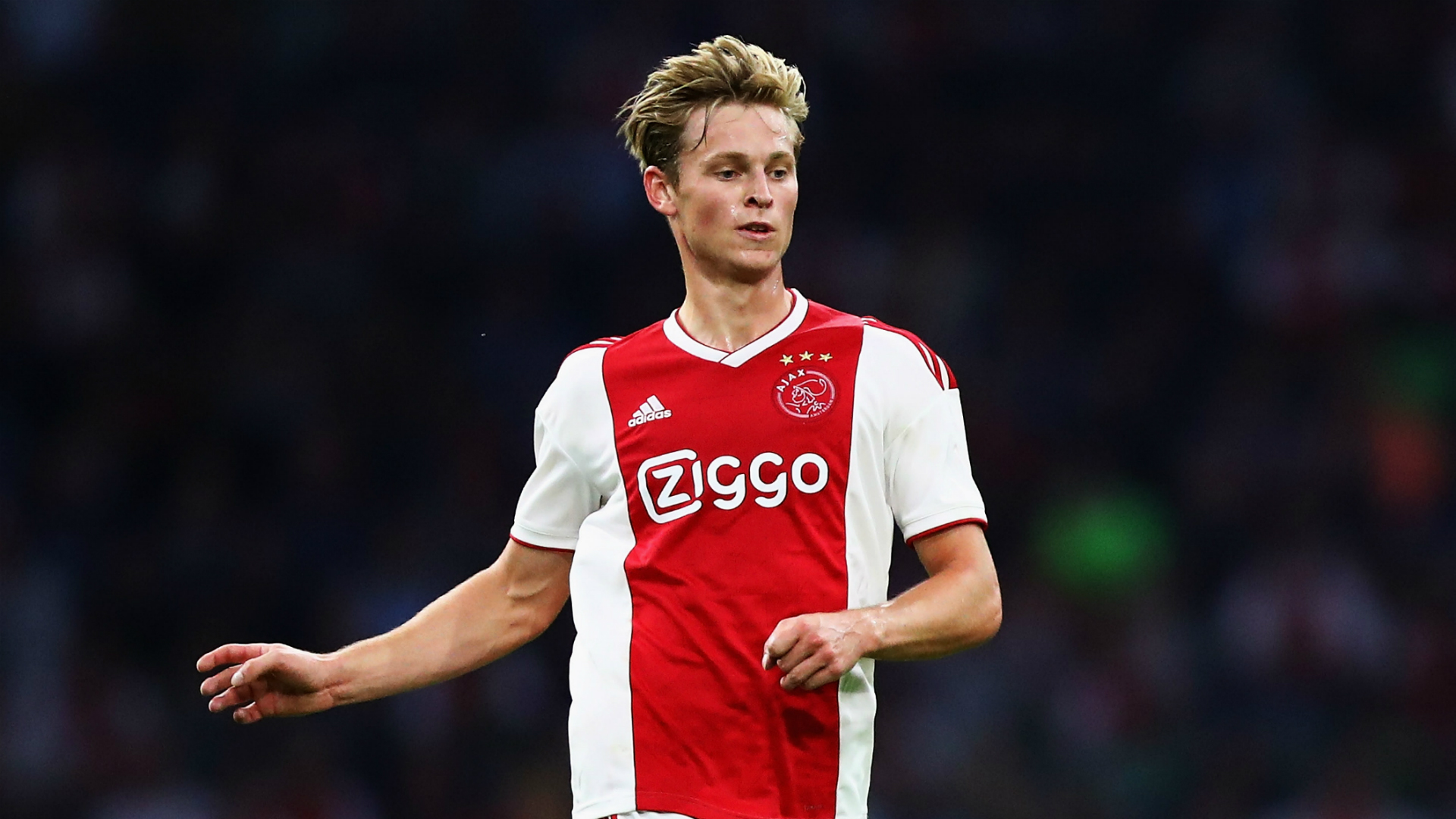 "I already watched Barcelona as a kid and then when I was a bit more aware of the game you had the Guardiola era with all their successes. That turned me into an even bigger fan. I have always been a big fan of Messi, although I liked the entire team."

De Jong will have to compete with a host of talented midfielders when he completes his move to Spain, including World Cup winner Sergio Busquets and £16.2 million ($21m) signing Ivan Rakitic, who joined from Sevilla in 2014.

"It's not like I am going to Barcelona as a tourist who is there to watch Messi in action," the Dutchman added. "I am not going to say that I will bench Busquets or anything! But I think I have a good chance of getting plenty of minutes."

"The playing style should fit me. I have not spoken to [Ernesto] Valverde yet.

"The large transfer fee doesn't really affect me much. It is nice to be the most expensive Dutchman and it is nice for my agent and for Ajax.