29 September 2019
The Spanish giants paid an initial fee of €75m for the Dutch international midfielder, but his former club initially expected far less

Football agent Hasan Cetinkaya has spoken of how he managed to double the transfer fee Ajax brought in from selling Frenkie de Jong to Barcelona.

The Spanish championss signed De Jong for an initial fee of €75 million (£65m/$85m), after the 22-year-old played a starring role in Ajax's run to the Champions League semi-finals.

Cetinkaya said Ajax had been stung in the past by unscrupulous agents encouraging their players to kick up a fuss and engineer a move, and director of football Marc Overmars had initially just been looking to beat the €38m (£35m/$45m) they had received from Tottenham for Davinson Sanchez in 2017.

Telling Aftonbladet of the first meeting with Overmars and CEO Edwin van der Sar, Cetinkaya recalls telling them: 'We should not sell him for €50m. We will sell him for €100m.

'We will not only set the record for a Dutch club, we will make the biggest sale ever for a Dutch player'. And suddenly there was an absolutely fantastic atmosphere in the room.

Then it became a tug of war, where Paris Saint-Germain, Manchester City and Juventus did just about everything to get Frenkie. But Barcelona had always been his first choice, their football is in his DNA.

There was tremendous pressure on Barcelona's sporting management to get the deal done, and they really wanted to guard themselves. 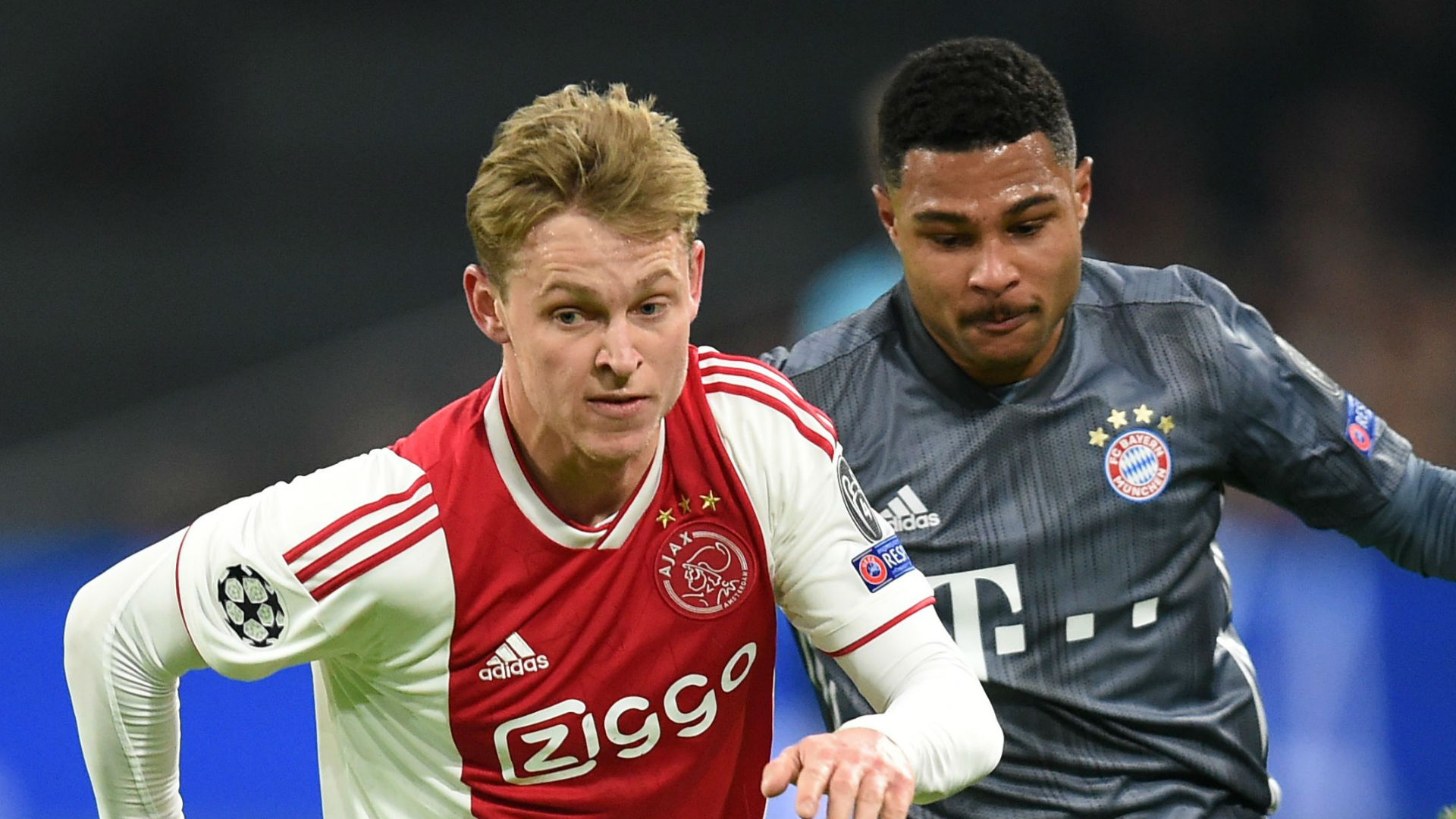 According to Cetinkaya, he was asked to put his own name on a guarantee for the deal, a personal risk which had him sweating for three days before De Jong finally signed off on it himself.

As Barca got hold of one of world football's biggest stars, beating some of Europe's richest clubs in the process, the relief among the club's hierarchy was clear.

I've never been to anything like it, Cetinkaya said. Those in Barcelona's sporting leadership were so relieved that the then sports manager Pep Segura began to cry as soon as the papers were written.

When I saw it, I also got emotional and shed a tear, and it is damn rare that I cry. There was a hug, there was champagne and then I, Ali [Durson, a fellow agent], Frenkie and his whole family went up to a really nice restaurant in the mountains that Barcelona had paid for.

We drank Spain's best wine, ate a fantastic piece of meat and everyone just laughed and were overjoyed. They sang their Dutch songs, I tried to join in as best I could. Totally fantastic.