Davy Klaassen is named Eredivisie Player of the Month

With Ajax, Davy Klaassen won against FC Utrecht (0-3), Heracles Almelo (5-0) and FC Emmen (0-5). At De Oude Meerdijk, the 27-year-old mid-fielder led his team out with the opening goal and a fantastic assist on Labyad. This was the first time in four years that the Dutch international player has concluded a competitive match as goal-scorer and assist provider.

Just like in Emmen, Klaassen provided a great opening salvo in Utrecht. The mid-fielder’s trademark: 17 of his 49 goals in the Eredivisie equated to a 0-1 or 1-0 advantage for Ajax. Klaassen has also shone this season in terms of his passing ability: the player realised the highest passing accuracy (91.4%) of all players with at least five performances in the Eredivisie.

Klaassen is the seventh Ajax player to be named Player of the Month, a title that has been awarded by the Eredivisie and FOX Sports since September 2017.

WIJNDAL U21 PLAYER OF THE MONTH FOR THE THIRD TIME

Owen Wijndal has been rewarded for his outstanding play with AZ with the U21 Player of the Month title. The club from Alkmaar won all three of their matches in November (Heerenveen 0-3, FC Emmen 1-0 and Heracles Almelo 1-2) and, in turn, climbed to seventh place in the Eredivisie. Wijndal put up a great defence, with 10 interceptions and 24 tackles. In terms of attacking, he also posed a threat with 5 goal attempts and 4 chances created.

U21 Player of the Month is only awarded to players who are 21 or younger at the start of the season. The player from Zaandam celebrated his 21st birthday at the end of November and started his fifth season in the Eredivisie this year. In this context, the left-back has played 49 times and this is his third U21 Player of the Month title. Last season, Wijndal won the title in August and November. 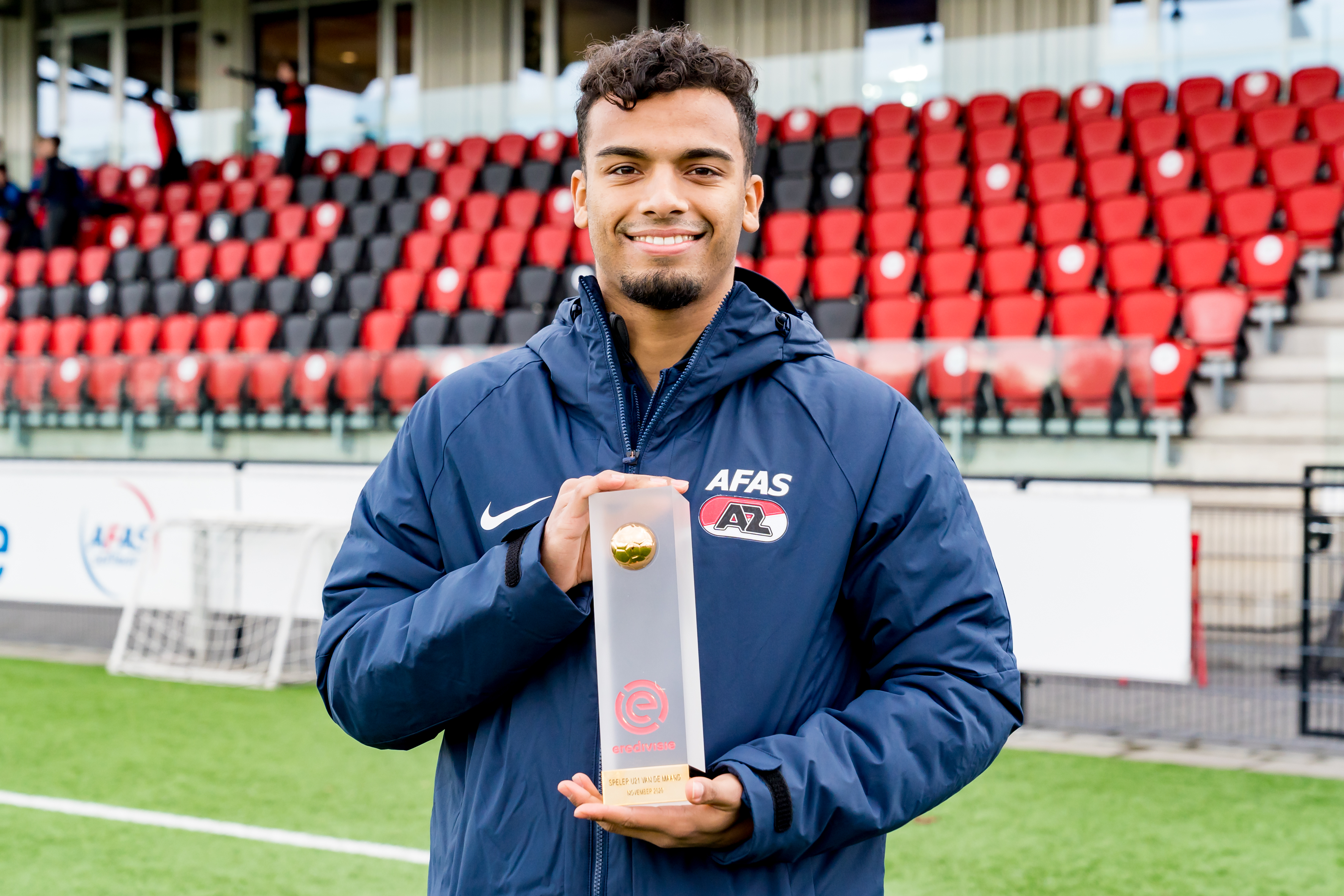 SPARTA PROVIDES MOST PLAYERS FOR TEAM OF THE MONTH

Seven different teams provided players for the Eredivisie Team of the Month in November. Sparta Rotterdam is the main provider, with three players in the team; the club from Rotterdam won two of their three matches in November (RKC Waalwijk 0-2 and ADO Den Haag 6-0, a lost against PSV 1-0). Ajax and PSV supplied two players each while AZ, FC Twente, Feyenoord and RKC Waalwijk made up the rest of the team.

The Eredivisie Player of the Month award is an initiative of Eredivisie CV in collaboration with FOX Sports, Stats Perform and KPN.