After a two-way final Ajax eSporter Dani Hagebeuk crowned himself with the edivisie title for the second year in a row.

In the final Dani Hagebeuk was up against Ali Riza Aygün from PSV. In the first match, which was played on the Xbox One, Ali took the lead just after six minutes. Dani seemed a bit distracted but got his mind clear further up in the match. In the first half Dani stood up his game and regained control when he took the lead. Just before half-time Dani was 3-1 up in the lead. After that the Ajax eSporter never was in trouble again. It was Ali Riza who made the biggest mistakes which Dani took advantage of. The first match ended up in a 5-1 win for Dani.

In the return match on the Playstation 4 the only task for Dani was to take the victory home. The second match was unfortunately a lot less attractive as the first one. Dani looked like he didn’t need the victory and defended well during the whole match. Eventually the match ended up in a 0-0 draw. That secured Dani his second edivisie title. 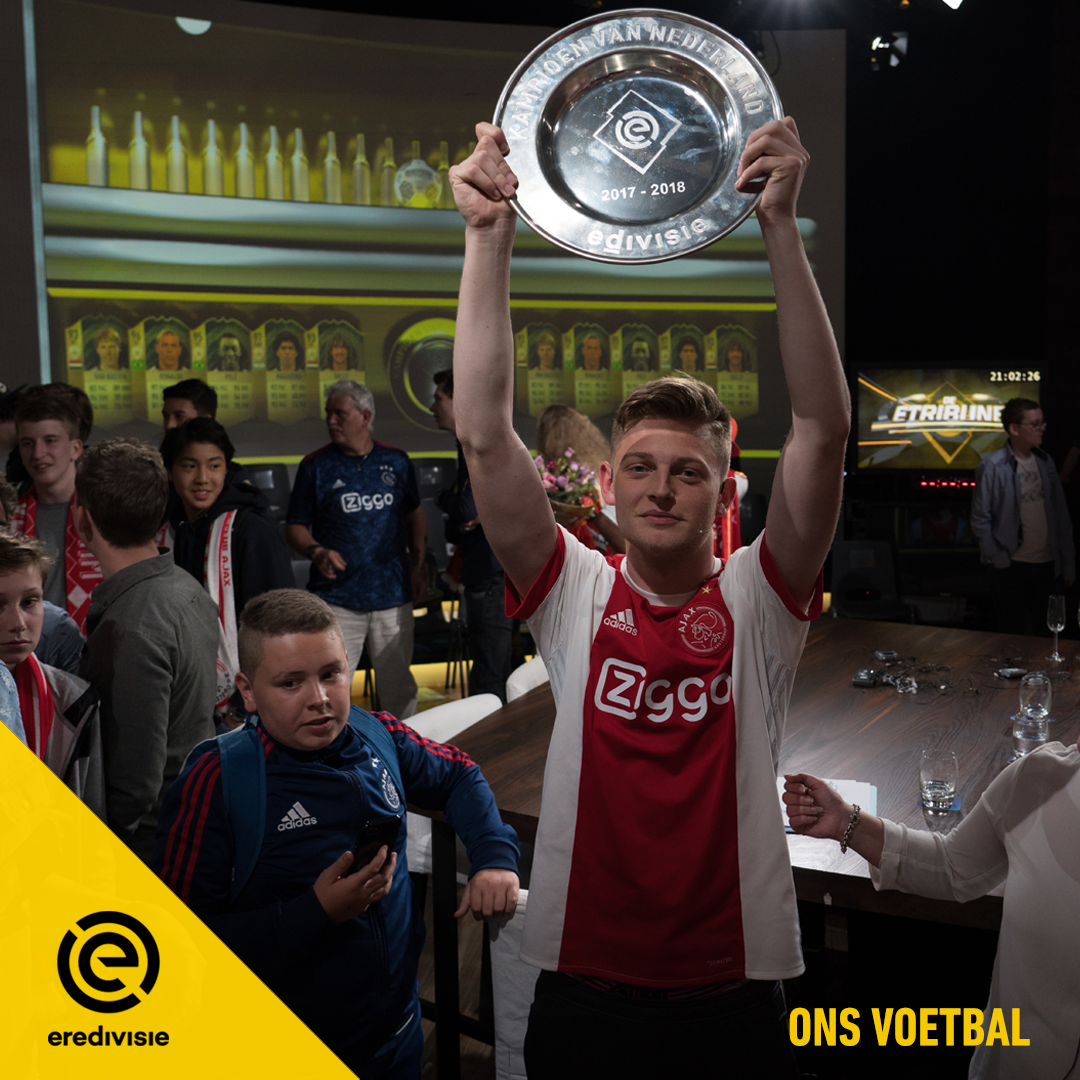