Berghuis is again Eredivisie's Player of the Month

Feyenoord Rotterdam right winger Steven Berghuis has been named the Eredivisie Player of the month (December). The Dutch player beat Oussama Assaidi (FC Twente) and Lennart Thy (VVV-Venlo) to the award. 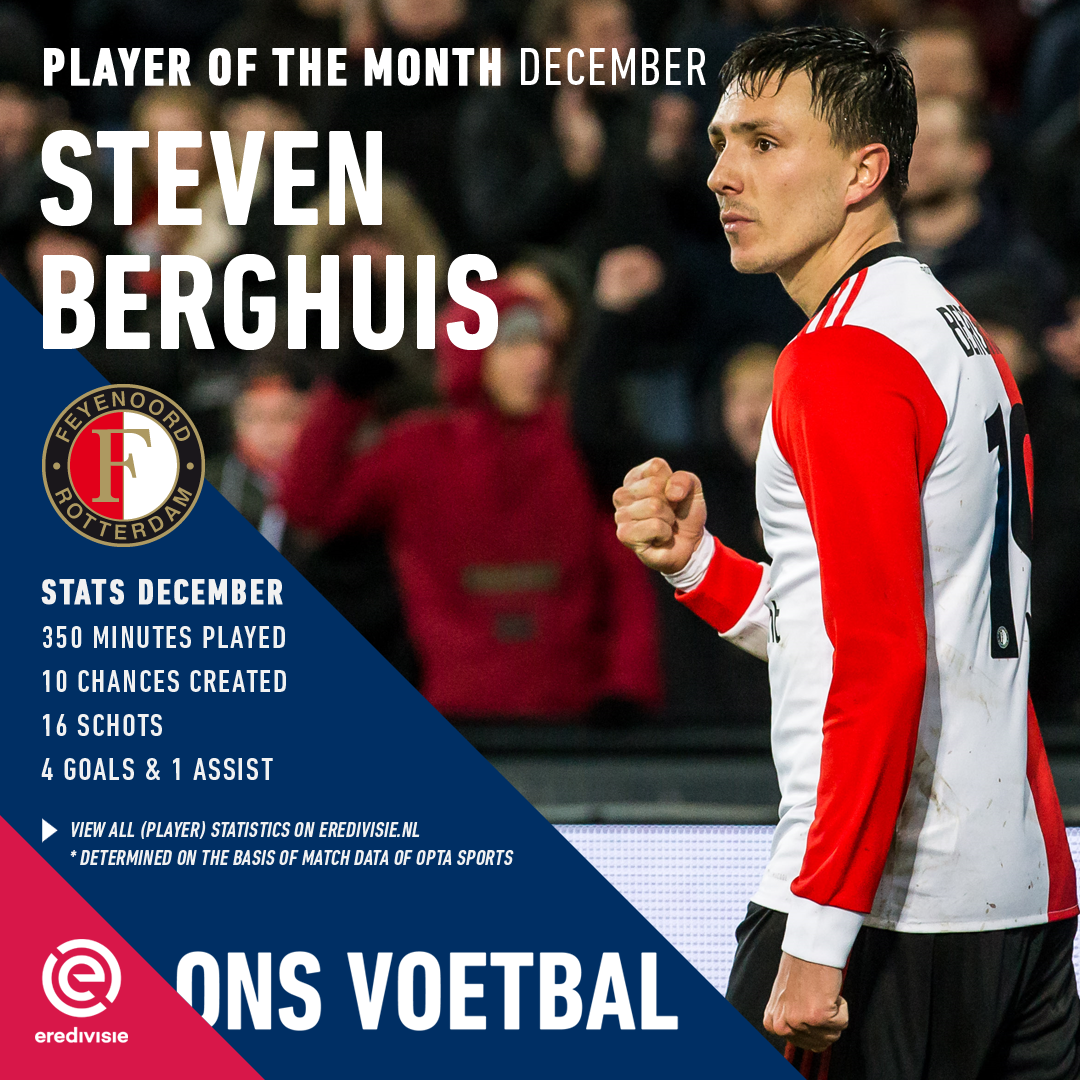 Angelino is Rookie of the Month 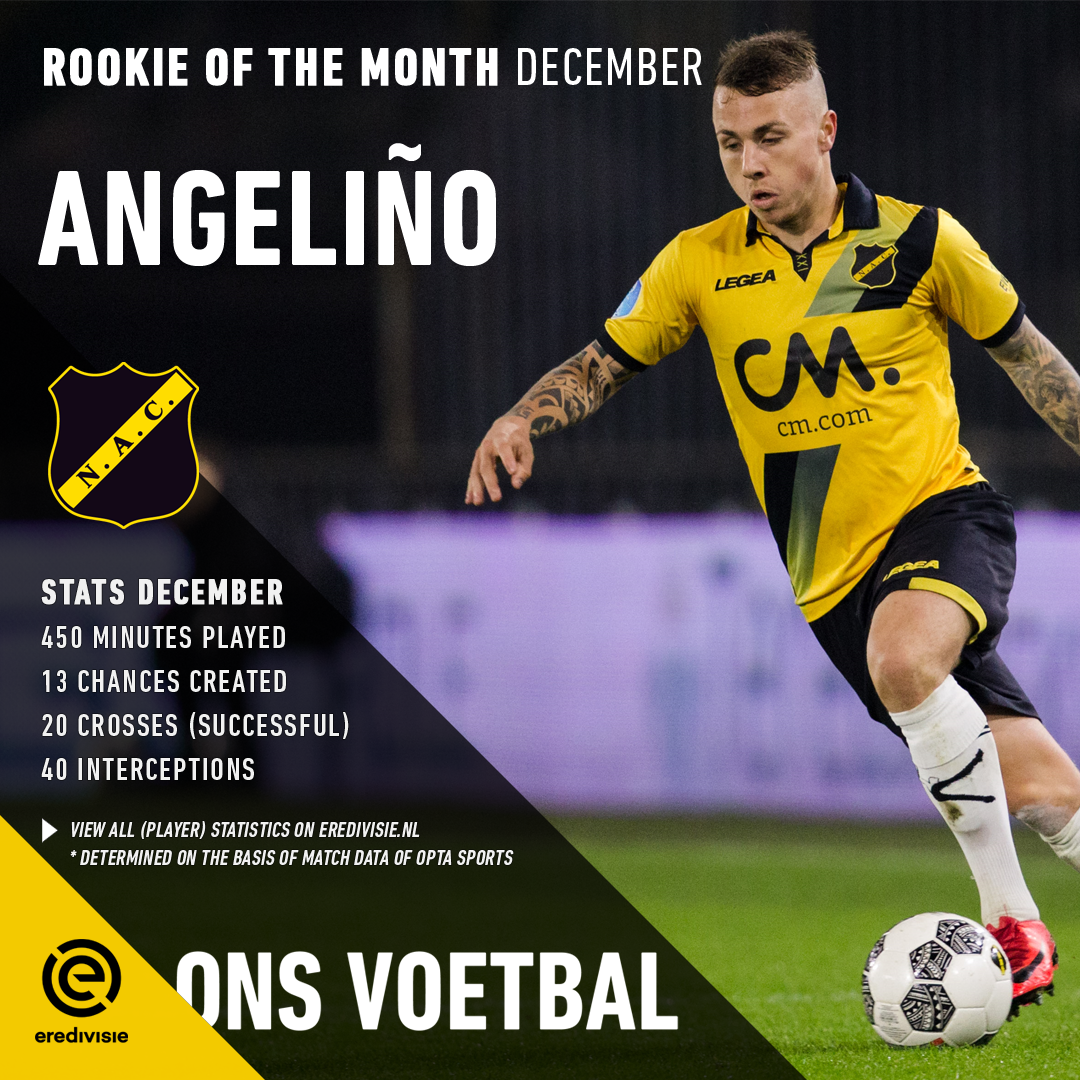 This season the Eredivisie CV and FOX Sports have chosen the 'Eredivisie Team of the season'. On the basis of match data statistics Opta Sports, players are individually assessed on the basis of 60 different statistics. From this result the best Player, Rookie and the Team of the Month arise. To be eligible players must have played at least two matches (150 minutes). The Rookie of the month may not be older than 21 years (at the start of the competition).