AZ Alkmaar moved to within five points of second-placed Ajax in the Dutch Eredivisie standings on Friday (13th April), with a comfortable 3-0 win at Heracles Almelo.

Following some blunt comments about the officiating in the wake of last week's 3-2 home defeat by PSV Eindhoven, a result which seriously dented his side's Champions League aspirations, AZ Alkmaar manager John van den Brom was banished to the stands by the Dutch football authorities for Friday's trip to Heracles Almelo.

Presumably Van den Brom wasn't too happy with the referee in this one either, after Jochem Kamphuis awarded Heracles a penalty in the tenth minute.

There was little doubt that AZ midfielder Guus Til had pulled down Kristoffer Peterson as a free kick came in, but the initial foul appeared to have taken place outside the AZ area. No matter - Paul Gladon's spot kick was beaten away by Marco Bizot and it remained goalless.

Van den Brom's mood brightened again on 25 minutes. Alireza Jahanbakhsh and Jonas Svensson combined down the right to set up an easy chance for Til, which he didn't pass up. 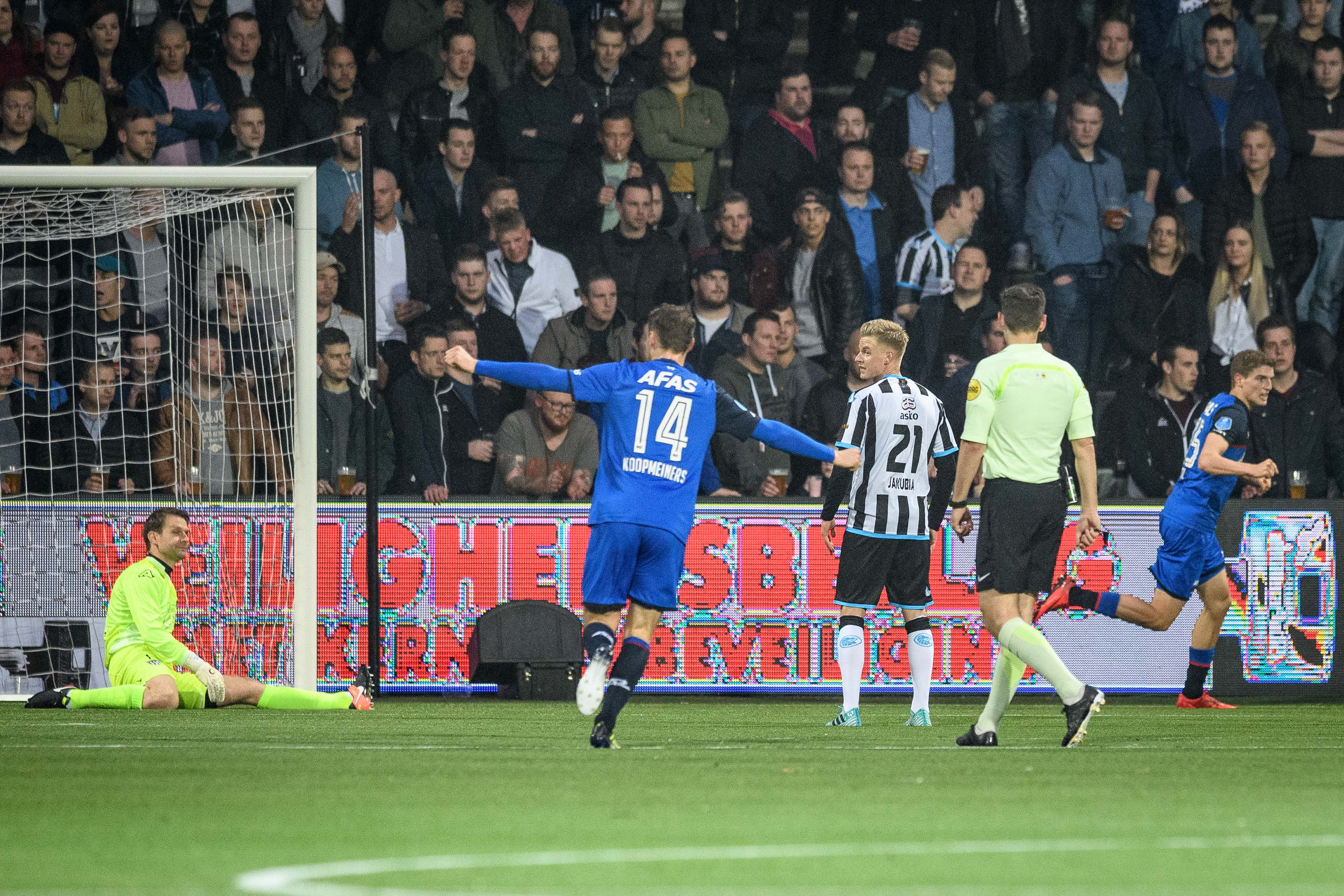 Five minutes later it was 2-0. Heracles Almelo defender Dries Wuytens - whose elder brother Stijn was in the AZ line-up - was caught in possession by Wout Weghorst, he unselfishly crossed for an unmarked Oussama Idrissi and he couldn't miss either.

Heracles needed a good start to the second half in order to get back into the game, but instead fell further behind on the hour mark. Again the move developed down the AZ right and again Weghorst and Svensson were involved.

This time Jahanbakhsh was the beneficiary and a smart turn away from Peter van Ooijen created the space for a thumping left foot shot which gave Bram Castro in the home goal no chance. It was the 24 year-old Iranian international's 15th league goal of the campaign and it put the seal on a comfortable victory.

AZ now have 65 points from 31 games, five points behind second-placed Ajax - and the second Champions League qualification place - with three games to come.