9 April 2019
The Argentine defender is among those in Amsterdam generating plenty of interest, and he admits a new challenge may be sought in the next window

Nicolas Tagliafico has opened the door for a possible summer move to Arsenal, with the Ajax defender conceding the next transfer window could be a natural time to take the step.

The Argentina international is among those in Amsterdam to be generating plenty of interest.

Frenkie de Jong already has a €75 million (£65m/$$84m) switch to Barcelona in place, while fellow Netherlands international Matthijs de Ligt has the pick of Europe's top clubs should he want a new challenge.

Tagliafico could also be heading for the exit, with the 26-year-old prepared to leave the Eredivisie after 18 months.

A left-back who has been mooted as a long-term successor to the likes of Nacho Monrel at Arsenal, he told The Mirror: I think in the summer it could be a natural time to take the step.

But I try not to think about taking that step just yet because we have many important games to focus on.

Yes, it's flattering [the links to English clubs] because I think it's the most competitive league.

When you are a child, the target is to come to Europe and play in a top league like the Premier League. I came to Ajax because of the philosophy, the style of football and the club.

I could have gone to Betis in Spain, but I knew that at Ajax I would learn and improve which made it the best step and it's happened as I predicted.

It was the perfect moment to come to Europe, it was late because I was 25, it's late for a player. It was tough to take the decision, but I needed to take a risk.

We've had this same plan for a long time. It's a club that is used to selling young players so we know we have to rebuild every now and then.

"But this year especially was one of the best years because the squad and the players which got together was really good and the players, the staff and the fans are together. We're on the same path like a family. 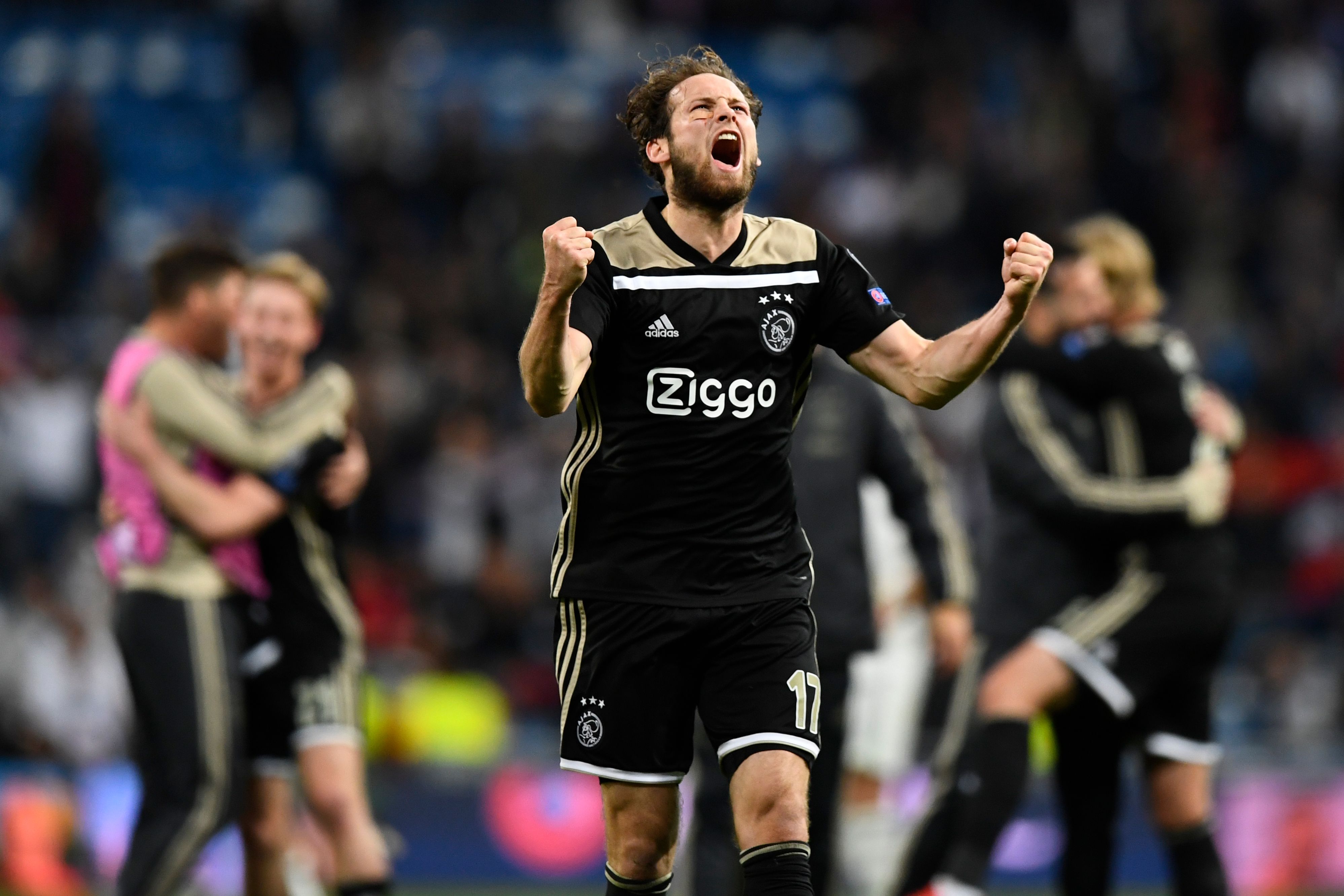 While the Premier League could form part of Tagliafico's future, the Champions League is very much his present.

Ajax, who dumped out holders Real Madrid in the last 16, are readying themselves for another heavyweight European showdown with Juventus in the quarter-finals.

Tagliafico said: We will have the same determination that we had against Real Madrid, this time against Juventus.

We know it's really tough, they are a great team and, on top of that, they have great players like Cristiano Ronaldo .

With our tools, now well-known by everybody, we can play without fear again to get another big result against Juventus.

We are fearless. We went to Madrid determined to enjoy ourselves. It was our best game we've played this year. It was perfect. The first game was almost perfect even though the result was not good but the second game was amazing. Just amazing.

Now, against Juventus, we need another perfect game, but why not? I think it was one of the best moments in the last decades for Ajax.

We have to make the most of it, enjoy it because I believe we can carry on making history.