Ajax have secured the Eredivisie title and sealed their first domestic double for 17 years with a 4-1 victory at De Graafschap.

Erik ten Hag's side only needed a point from their final match of the season to secure the title, but ended up taking all three courtesy of goals from Lasse Schone, Nicolas Tagliafico and two from top goalscorer Dusan Tadic.

Defending champions PSV Eindhoven were the only side who could have mathematically caught Ajax, but their 3-1 win over Hercacles was rendered irrelevant following their rival's victory at De Vijverberg stadium.

After a quiet start the game sparked into life with three goals in seven minutes shortly before the break. Schone's free-kick gave Ajax the lead on 37 minutes and although De Graafschap midfielder Youssef El Jebli levelled three minutes later, Tagliafico pounced a minute before half-time to restore the visitor's lead.

The points were made safe when former Southampton forward Tadic converted a second-half penalty before addind a fourth late on for his 28th Eredivisie goal of the season.

It means the title returns to Amsterdam for the first time since the 2013-14 season and completes the domestic double following Ajax's KNVB Cup victory over Willem II earlier this month.

It is the eighth domestic double in Ajax's history and first since the 2001-02 season. They remain Netherlands' most successful club, with 34 title wins to date compared to 24 for PSV.

Ajax have shown resiliance to win both of their Eredivisie matches since their agonising last-minute Champions League semi-final defeat to Tottenham a fortnight ago. The final-day victory over De Graafschap will also help erase some bad some bad memories of the fixture for Ajax fans.

The last time they faced Henk de Jong's side in the final round of fixtures was in 2016. The Amsterdam side would have won the title with a victory but could only draw 1-1, allowing PSV, who beat Zwolle 3-1, to retain their title and knock Ajax into second. 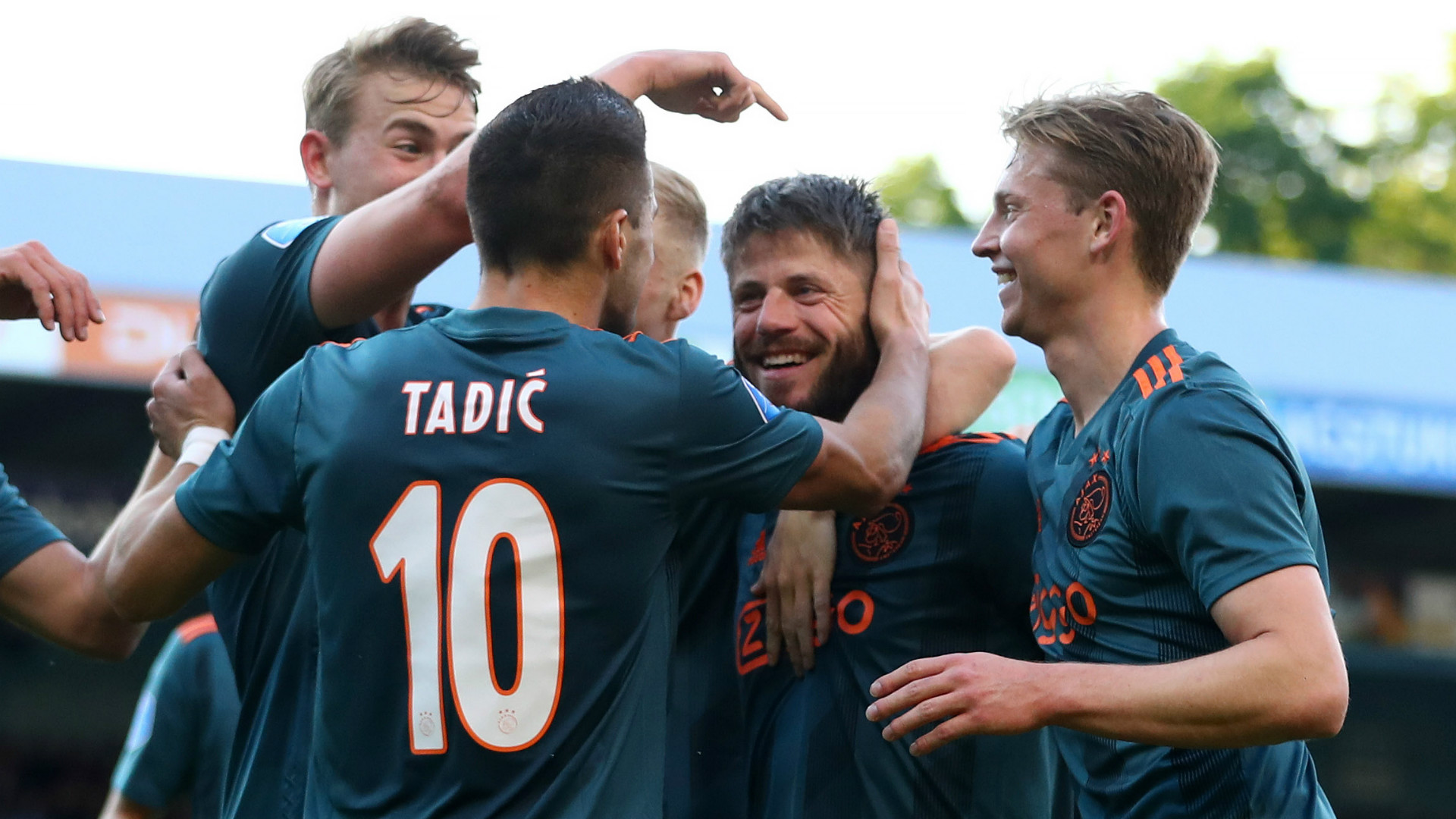 Ajax were due to take on De Graafschap on Sunday, April 28 but the Dutch Football Association (KNVB) postponed the entire round of fixtures as they could not provide two days' rest between that game and Ajax's Champions League semi-final first leg against Tottenham the following Tuesday.

And while that paid off as Ten Hag's side won 1-0 in north London, they would eventually be knocked out after a remarkable Spurs comeback saw them win 3-2 at the Johan Cruyff ArenA.

The 22-year-old is the third Ajax player to win the award in as many seasons following Kasper Dolberg in 2017 and Matthijs de Ligt last year.

The game against De Graafschap was de Jong's final appearance in an Ajax shirt before he moves to Barcelona this summer, with De Ligt, Hakim Ziyech and Donny van de Beek also potentially having played their last match for the club ahead of departures.