Ajax head coach Erik ten Hag has asserted that there is 'zero chance' of Matthijs de Ligt staying at the club this summer, with Barcelona and Bayern Munich set to battle it out for his signature.

The 19-year-old Ajax club captain has been highly sought-after following the confirmation of team-mate Frenkie de Jong's transfer to Barcelona at the end of the season.

And the Catalan giants are favourites for the central defender's signature as well, though other elite clubs such as Bayern, Manchester City and Juventus have all shown an interest.

With such illustrious clubs after the teenager, his manager is certain that he will be losing his skipper and star defender in the off-season.

There are so many clubs interested in him. He will leave us this summer, but I don't know whether he'll join Bayern or Barcelona.

Barcelona see De Ligt as the long-term successor to the ageing Gerard Pique while it is understood the Blaugrana will listen to offers for Samuel Umtiti, who has lost his place to Clement Lenglet.

Bayern and Juventus also feel the need to freshen up the position as their current first-choice stars approach the wrong side of 30. 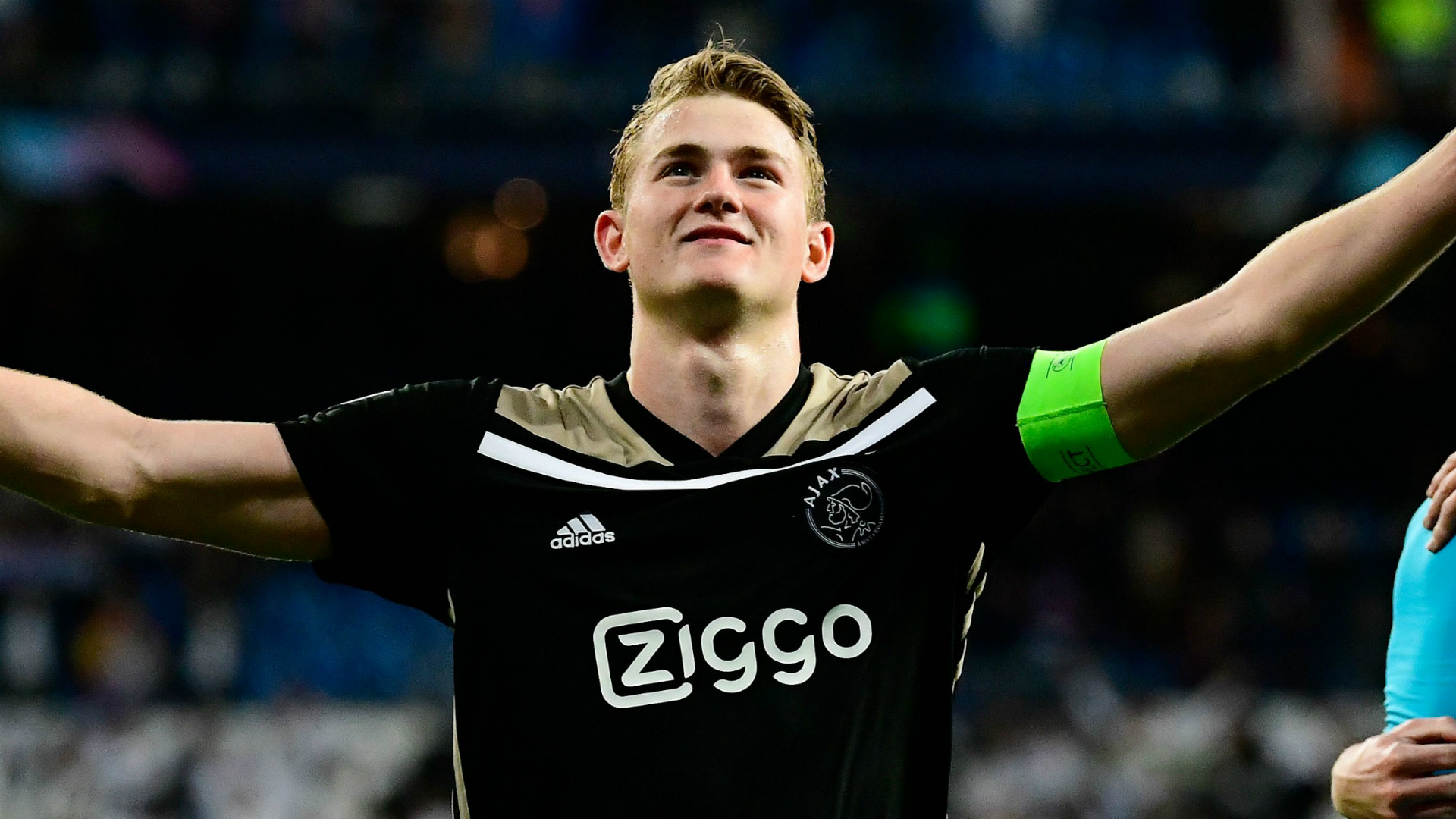 De Ligt, however, offers a rare mix of youth and experience, having already made 108 appearances in all competitions for Ajax.

This season they are embroiled in a fierce Eredivisie title race with PSV and have come from behind to top the table on goal-difference after beating Mark van Bommel's side 3-1 last month to close the gap.

Their performances in Europe have also defied all expectation, refusing to be beaten in two games against Bayern in the group stages, knocking record holders Real Madrid out in the last 16 and holding Cristiano Ronaldo's Juventus to a draw in the first leg of their quarter-final encounter.

Were they to pull off a shock in Turin and progress to the semi-finals, they would meet one of Manchester City or Tottenham.

Ten Hag may feel the need to make the most of his skipper's incredible talents this season, given his seemingly imminent departure at the end of the season - along with De Jong - might make Champions League adventures like this impossible next year.