Adam Maher announced as Eredivisie Player of the Month

Adam Maher has been named Eredivisie Player of the Month. The mid-fielder from FC Utrecht was the best performing player in October, according to the match data statistics. Heracles Almelo defender Lennart Czyborra was named as Player of the Month U21.

Maher (26) scored in all three competition matches in October. Thanks to Maher’s efforts, FC Utrecht won against PSV (3-0) and Sparta Rotterdam (1-2), as a result of which the ‘Utrechters’ climbed to fifth place in the Eredivisie.

In three matches, Maher made 205 successful passes, had 5 shots on target, won the ball 29 times and created 8 chances. The five-time Holland international also had 307 ball contacts and a passing accuracy of 87%.

This season, Adam Maher was involved in five goals (3 goals and 2 assists in 11 matches), equalling his total for last season for AZ (1 goal and 4 assists in 25 matches).

This is the first Player of the Month award for both Maher and FC Utrecht. 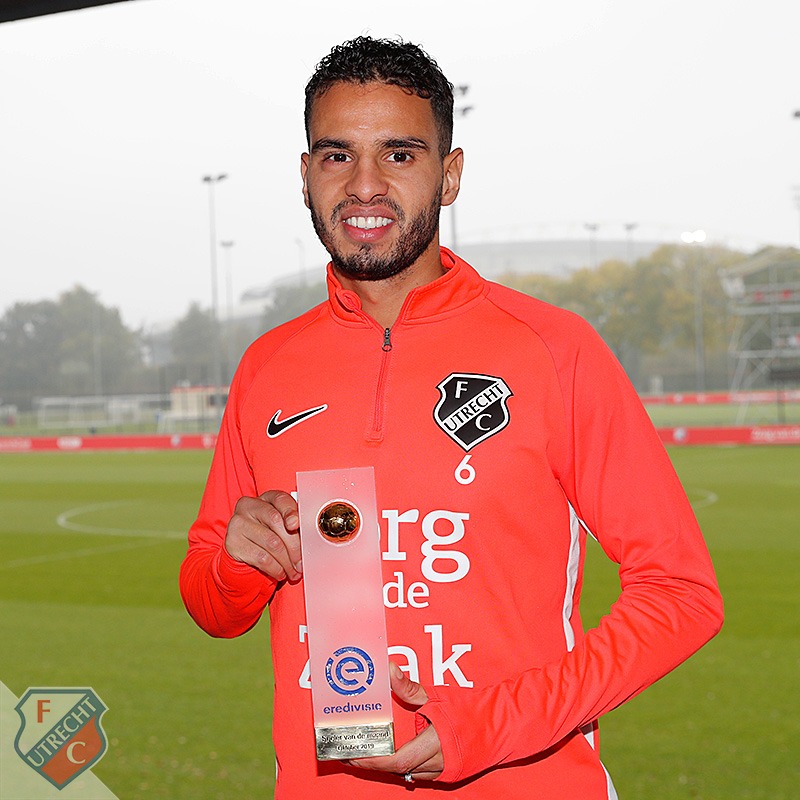 LENNART CZYBORRA IS PLAYER OF THE MONTH U21

Lennart Czyborra has been named as Player of the Month U21 by the Eredivisie. The twenty year-old defender from Heracles Almelo did not miss a minute this season and can look back on an impressive performance in October. Heracles beat FC Emmen (2-0) and PEC Zwolle (4-0) and achieved a draw in De Kuip (1-1).

In the match against Feyenoord, Czyborra played a major role by keeping the ball away from the goal-line twice. The German left-back also had one shot on target in October, resulting in a goal. He also took possession of the ball 32 times, completed 11 interceptions and won 20 of his 32 personal duels. 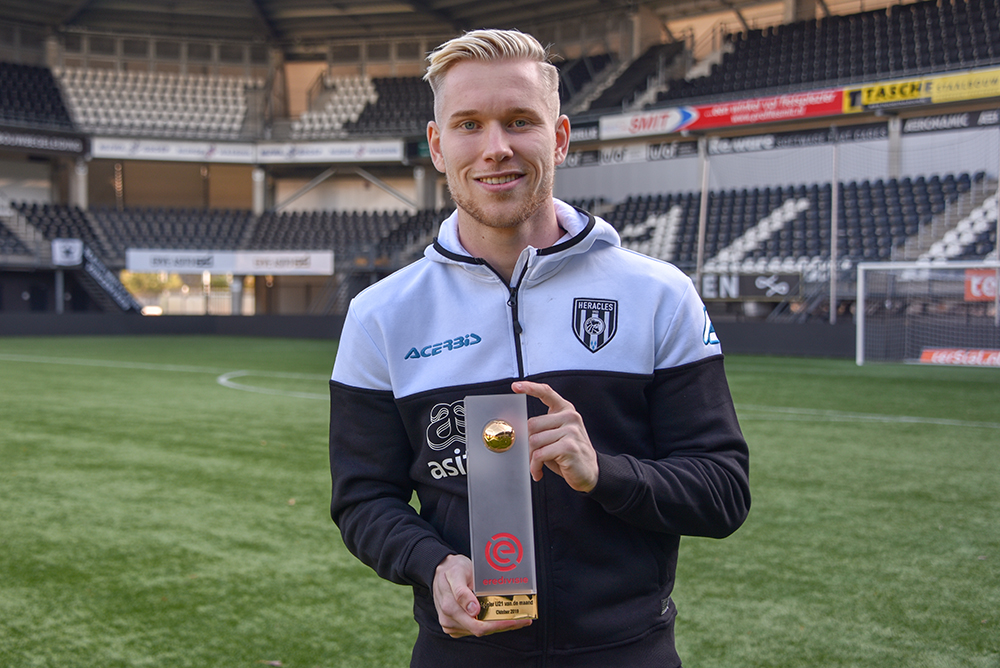 FORTUNA HAS TWO PLAYERS IN TEAM OF THE MONTH

With three players, Ajax is once again the main provider for the Eredivisie Team of the Month. Fortuna Sittard is next, after their win against Feyenoord (4-2) and VVV-Venlo (4-1) with two players: Mark Diemers and Amadou Ciss. Willem II, FC Groningen, Heracles Almelo, FC Twente, FC Utrecht and Vitesse also provided one player each.

The Player of the Month award is an initiative of Eredivisie CV in collaboration with Opta Sports (official match data supplier) and FOX Sports (media partner). The scores are assigned to players objectively on the basis of more than 60 different statistics. Only players who have played at least two-thirds of the total number of game minutes are eligible for a prize.